What is the Most Useful Skill to Have in the 21st Century Job Market? 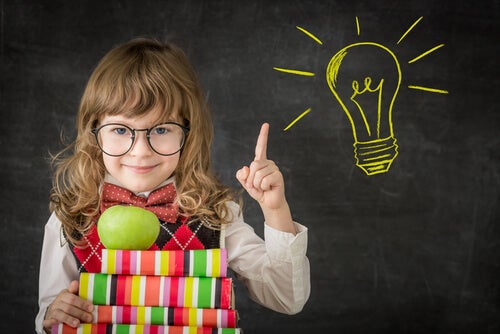 As children, there is one question we were asked constantly. And we normally answered it with hope and optimism, like how a lover speaks of their beloved. The question takes many forms, but perhaps the most popular is also the simplest: What do you want to be when you grow up?

Surely few of those who asked the question actually believed the answer we gave them. After all, a few days later when ask again, they probably got a different answer.

Kids want to be writers one day and astronauts the next. They go from radio announcers to film directors to clowns to hotel receptionists. Many of us at four, five, six, or seven years old have gone to bed as lawyers and woke up as doctors. We didn’t care what others thought.

When we start asking ourselves: what do I want to be?

However, there comes a moment when the question becomes one we ask ourselves… and the answer isn’t always easy. This could be because, while the objective is clear, the path is difficult. Or it could be because the path is very unstructured. Maybe we just haven’t found a profession that our intuition identifies as our true vocation.

Of course, there are some who have a clear path even before they decide on a career. In reality, however, they’re not the majority. On the other hand, “our elders” may have found it funny that we as children gave them one response one day and a totally different one the next day.

However, now that we’re adults their faces may become serious — the pressure is on. They may seem to say, “You aren’t in the schoolyard anymore, enough with the games! You’ve already experienced enough to decide, or you should have. Now it’s up to you to make a clear decision and turn your skills towards a single career.”

When that “final” decision does not take place, our parents (and others) may start thinking they have the misfortune of having a child “lost in life”. This sentiment can be very hurtful, especially when coming from people who really matter. It’s not uncommon that, sooner or later, they adopt this thought as their own and stop striving, regardless of their ability.

Others may also judge you for changing your path. If you deviate from the intentions you’ve shared with others, you make get questions like, “Why do you want to restore furniture when you’ve put so much work into studying medicine?”

Therein lies the paradox: as we get older, those around us value and expect more stability from us. Nevertheless, when death reminds us that our life does have an end, we yearn for the adventurous person we once were.

People who jump from one project to another, who get really into one thing and then another, are often misunderstood and looked down upon by a large part of society. After all, many see progress in one area of specialization as important. Many of these people have a clear vocation based on a single skill. An equal number have probably given up who they really are.

They give things up: a desire, a hope, a dream. Then they become critical of those who don’t go through this process. For example, those who criticize someone for cheating on an exam are not usually the ones who didn’t have the chance to cheat. Usually they’re the ones who did have the opportunity but chose not cheat. That’s also why people who manage to leave poverty are the most critical of those who stay in it.

Hence, people with a wide range of skills and possibilities (the “restless” or “lost” people) end up hating their way of being. They feel like a failure when they don’t meet social norms. This can lead to low self-esteem and sadness.

But why? Why isn’t it okay to stop a project when you feel you’ve gotten all you need from it? Do we ask a bee to stay at the same flower when it’s already drunk enough nectar?

However, fortunately this scenario is changing. Now society is valuing people who’ve participated in many different projects and switched jobs a lot or have a huge variety of hobbies. This is true because they have three qualities:

Regardless of whether the ability to adapt is truly the most important skill in the 21st century, it’s clear that it’s becoming very valuable. Companies look for people who know how to adapt and are willing to learn.

It’s true that specialization still carries a lot of weight. But it is also true that experience in several fields is starting to carry more weight. People with diverse experiences have quite a bit to offer.

What to Do with Your Life When You Can’t Find the Right Path
Do you feel lost? Do not know what to do with your life? Sometimes we feel that the direction we're heading in is totally meaningless. Read more »
Link copied!
Interesting Articles
Psychology
I Loved You Until My Self-Love Said, “It’s Not Worth It”

I loved you until my self-love said, “it’s not worth it.” I let the curtain fall from my eyes, I took…

We all know a story about bullying or school harassment. The boy who would get his head put in the toilet. The girl who was criticized for the way she…

Psychology
You Are Free When You Think

One of the biggest desires of all human beings is to be free. Freedom is an extremely valuable asset which is sometimes hard for us to find. How many times…