What Is Lennox-Gastaut Syndrome? 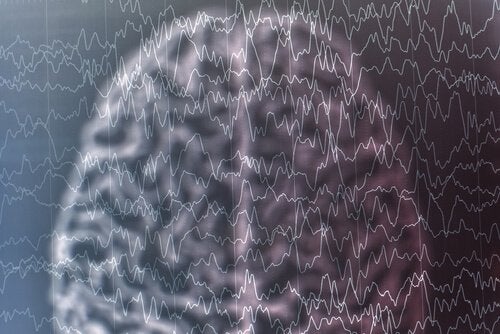 Lennox-Gastaut syndrome occurs in around 3 to 6 percent of children with epilepsy, being more common in boys than girls. It starts to appear around age 3 to 5, and in almost half of the cases, the cause is unknown. Clinically, in addition to epileptic seizures, the children also start to show cognitive impairment and a slow spike-wave pattern. In almost all cases, the cognitive impairment is progressive.

Patients show difficulty learning, memory loss, and psycho-motor alterations. Half of those who reach adult age are very handicapped and only a very small percentage can be independent. Cognitive delay is almost always present in Lennox-Gastaut syndrome.

Approximately 5% of patients with Lennox-Gastaut syndrome die from the disorder or associated complications before they’ve had the illness for 10 years. Symptoms often get worse during adolescence and adulthood, causing many emotional problems and disabilities. Therefore, current treatments are focusing on improving quality of life for the patient.

Lennox-Gastaut syndrome is a severe type of childhood epilepsy that occurs along with deterioration in intellectual capacity and developmental problems. Seizures usually start happening around age four. The type can vary, but the following are the most common:

Sometimes the seizures are frequent, and sometimes there are brief periods when they don’t occur. Most children who suffer from Lennox-Gastaut syndrome experience some degree of deterioration in intellectual functioning or information processing, as well as developmental delays and behavioral disorders.

Lennox-Gastaut syndrome is usually associated with other serious behavioral disorders, such as:

Health complications that frequently co-occur include neurological disorders like tetraplegia, hemiplegia, extrapyramidal disorders, and delays in motor development. Early onset can occur, making it impossible to tell whether it’s a continuation of West syndrome or not. However, the syndrome can also appear in late childhood, adolescence, or even adulthood.

Patients can present slow spike-wave complexes in an EEG, mental delays, difficulty handling crises, and a poor response to anticonvulsants. Children have an uncertain prognosis with respect to their mental development and crisis management. However, there is not one single underlying pathology – Lennox-Gastaut syndrome has many different causes.

The most common causes are:

In 30-35% of cases, the cause is unclear. Treatment is very difficult, as it’s very resistant to conventional therapy. Medications of first choice include valproate and benzodiazepines (i.e. clonazepam, nitrazepam, clobazam), depending on the patient’s most frequent type of epileptic attack.

Generally, more than one medication is prescribed to reduce or dull symptoms. For example, the patient might take a mix of lamotrigine, valproate, or topiramate. Improvement can be seen in some children, but normally they build up tolerance to the medication over time, such that they lose their ability to keep the seizures under control.

Treatment lasts a lifetime, as there is no cure. The main objective is to improve the patient’s quality of life through reducing the frequency of epileptic attacks, although total remission is not possible. In addition to medication, other treatments exist, including a ketogenic diet, stimulation of the vagus nerve, and surgical treatment.

Today, the long-term prognosis is disheartening, with a 10% mortality rate before age 11. The good thing is that researchers are working hard every day to improve those numbers, and have already made some big advancements in recent years thanks to the advancement of technology.

Experts agree on the peculiarity, frequency, and evocative nature of the seizures they observe. But when it comes to the type of seizure, opinions start to diverge. In fact, it’s common for them to be brief, and even go unnoticed.

Another constant feature is the generally severe mental alteration seen in the patient, regarding both intelligence and personality. The mental delay will persist or worsen in most cases. This is usually associated with cerebral atrophy, which can be confirmed using gaseous encephalography or tomodensitometry.

However, the reduced ability to learn seems to be related to the frequency of seizures, the existence of lasting confusional states in the form of status epilepticus, and to psychotic symptoms. Not to mention exclusion at school and too much therapy. The patient’s mental state is often affected by pre-psychotic or psychotic personality changes and autism.

Psychology
How To Protect Ourselves From Toxic People

There are many types of toxic people: jealous, envious, possessive, pessimistic, authoritarian, manipulating, etc., and we have to live with…

People around the world are struggling to find an effective treatment for obesity, and many fail in their attempt. Why…