What Factors Influence the Way You Vote? A Look at Spain 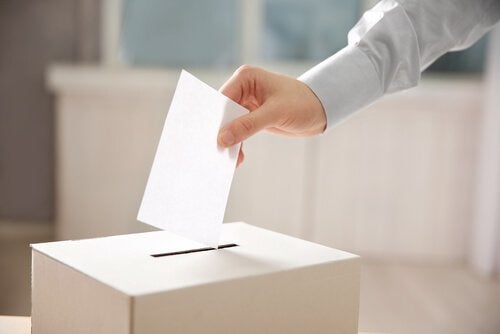 Spain’s political system is largely democratic, as representatives in Congress and the Senate are indirectly elected by popular vote through lists of candidates that parties nominate. We trust these politicians with our interests, and therefore they are responsible for representing them.

What makes us prefer one candidate over another? The simplest answer would be that we choose those who we think will best defend our interests. But if you start to look a little deeper, you’ll realize that it’s not actually that simple.

Social and political psychology have broadly investigated the factors that influence our vote. These studies reveal some interesting facts: it seems that voting stability and identification with a particular party are the main determining factors in an individual’s political vote. Ideology barely counts if you compare how much influence it has with these other two factors.

One of the most significant aspects of voting behavior is stability over time. When a person votes for a political party, they tend to vote for that same party in future elections. This pattern tends to remain stable regardless of the party’s political tendencies, candidate, or type of election (national or local).

While most people are consistent with their vote, some aren’t. What factors influence how stable one person’s vote will be? Studies show that people who lean to the right are less likely to change their vote.

Continuing with the division of right-wing and left-wing, it’s easier for people to change their vote to parties that are closer to them on the spectrum to the last one they voted for. People who voted for a right-wing party last time are more likely to do so next time. And same with the left.

These results show that the process of political socialization is actually what lies behind voter stability. It is a process by which parties gain loyal members despite changes in the party.

The party’s traditional political ideology matters more than the specific platform they present in specific elections. This process of political socialization leads to an important concept known as party identification.

Party identification is defined as a psychological link between an individual and a political party that involves a sense of group identity. Through different methods, such as symbols, chants, and group events, parties are able to create such a strong sense of unity among their voters that it outweighs ideological differences within the group.

But how important is party identification compared to an individual’s own ideology in determining their vote? In 2009, a study was conducted in Spain to determine how much individuals shared their political party’s ideology.

The results were quite surprising:

This shows that most voters of a particular party don’t even share many of the interests and ideologies promoted by the party. How is it possible to identify with a party in conditions like these?

The answer lies in the strong propaganda mechanisms parties use to make people empathize with others. They make voters feel a sense of belonging to the group. Ultimately, these mechanisms guarantee their vote in future elections.

It’s our civic duty to vote

These results are surprising, considering voters’ ideologies don’t always make it to the House, Senate, or even the presidency. The studies point to a political landscape where parties capture individuals and create a sense of group identity. And it actually more closely resembles a sports team than a political affiliation. This translates into a Congress that doesn’t actually represent its constituents. Therefore it does not enact policies that are in their best interest.

Political education is without a doubt one of the best tools we can use to change this situation. We should all learn how to understand politics and laws and how they affect us. Then we’d have a critical eye when we vote. We’d be encouraged to demand answers when elected officials fail to fulfill their campaign promises.

While political measures rarely lead to immediate change, they’re still important since they set a country in a certain direction. It’s taken us centuries and a lot of blood to achieve democracy and universal suffrage. In order for them to function properly, every citizen must be actively and intelligently involved. You, me, and everyone who has the right to vote.

Destiny Is the Wisdom of Knowing How to Choose
Do you believe in destiny? Do you think there is a predetermined path for each of us? Sometimes we think that our life is already conditioned Read more »
Link copied!
Interesting Articles
Psychology
7 Ways to Identify a Master Manipulator

Psychology
Creativity: A Plant We Must Tend

Creativity: a word we have heard so many times before. A word that everyone uses so frequently, whether they are…

Psychology
The Mothers of Soacha - an Example of Courage

Soacha is a municipality which is very close to Bogotá, the capital of Colombia. This place has been the setting…

One of the acts that may undermine confidence in ourselves is being the victim of infidelity by our partner. When this…