What Do We Gain by Training Our Memory?

What benefits can we obtain by training our memory? How do programs designed for this purpose work? Do we need the help of an expert? 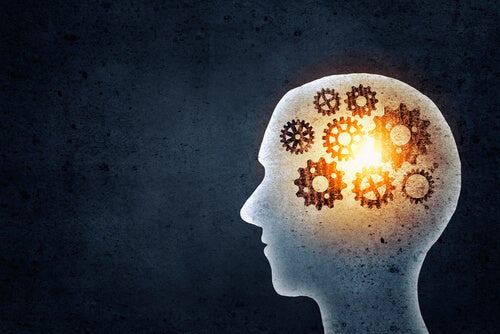 Many studies support the fact that age can lead to cognitive impairment. With this in mind, could we achieve anything by training our memory? Is it beneficial in both the short and long term?

Age doesn’t affect all people, nor their memory, equally. We tend to retain procedural memory, the memories related to distant or emotionally intense memories, the best. On the contrary, working memory is perhaps the one that suffers the most.

Divided attention, forgetting recent events, poor use of coding strategies, and omission or misuse of verbal or visual cues to retrieve information have also been identified, along with a negative perception of one’s own performance and the possibility of improvement (Craik, 1977; Parkin, 1987; Montenegro 1998a).

Is training our memory important?

The term memory training is a modern concept that experts have known for centuries as the art of memory. In fact, it dates back to Simonides of Ceos (5th century B.C.) and the method of Loci.

Later, other authors used terms such as artificial memory, natural memory, and memory with images. Also, memory is connected to magic and philosophical and ideological ideas.

Memory training has beneficial effects, both in healthy elderly people and in elderly people with cognitive impairment. Nowadays, there are many techniques to improve memory, such as rehabilitation, stimulation, and training.

The use of these tools depends on the person’s needs but also on the professional’s resources and knowledge.

The differences between rehabilitation and training

The two most common terms are rehabilitation and training. Training is the systematic teaching of knowledge and the use and control of the processes, strategies, techniques, and experiences involved in memory function, as well as the improvement of its performance.

On the other hand, rehabilitation is an intervention with the goal of recovering optimal functioning levels (personal, social, and professional) after an illness that’s caused an injury or a functional deficit.

Therefore, rehabilitation is used with sick people, while training can be applied to both sick and healthy people.

In addition, training is used in people who have disorders that can be the object of clinical attention, as stated in the DSM V (2013), “memory loss due to age, for age-related cognitive decline, etc.”.

How to train our memory?

Memory training can be classified according to various criteria (Montejo Carrasco, 2015):

Experts often choose group training for older people. In addition to memory, this reinforces the social context, a context in which older people also have to deal with important losses, such as friends and acquaintances of their age.

Additionally, the general application to daily life and obtaining results from trained functions works better with this method. This methodology is preferable due to the beneficial effects group work has. Moreover, it’s more profitable for experts, as you can work with more people in less time.

It seems that, with training, certain areas of our brain are capable of accumulating a certain cognitive reserve that can protect us against age-related deterioration.

Neuroscientist Rita Levi-Montalcini once said that brain plasticity, or neuroplasticity, remains constant throughout life, but only if the brain is exercised.

Thus, by training our memory, we’re making a profitable investment in age-related cognitive decline. The most optimistic data suggests that it could have a positive impact in 63% of cases and act as a protective factor in up to a third of Alzheimer’s cases.

Chronic Stress Could Make You Lose Your Memory
Chronic stress happens when you're under stress for long periods of time. This has many side effects, like making you incapable of forming new memories. Read more »