Skinner reflected his utopian perspective of society in his 1948 novel, Walden Two. In the book, Skinner promotes social justice and wellness under the guise of health, wealth, and wisdom. 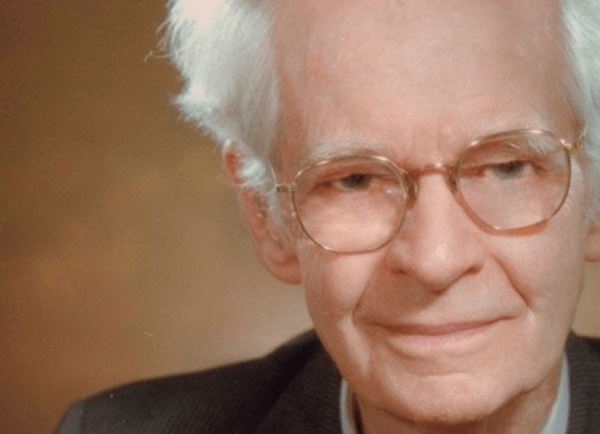 In the summer of 1945, B.F. Skinner wrote The Sun Is But a Morning Star, a utopian novel he finally published in 1948 under the name Walden Two. The idea for this book came up in the spring of 1945 during a conversation with a friend.

Both reflected on what young men would do when the war was over. When his friend asked him what they should do instead, Skinner replied, “They should experiment, they should explore new ways of life, just as people in 19th-century communities did”.

Walden Two was Skinner’s first novel and contained a lot of his scientific knowledge and philosophy of life. Mainly regarding questions about social justice and human well-being. Initially, he sold approximately 700 copies a year, twice the number of The Behavior of Organisms, the first book he wrote about science.

In the 1950s, his basic research on operant human behavior spread like wildfire. By then, Walden Two had become better integrated into Skinner’s philosophy and he was selling 250,000 copies annually. By the end of his life, he continued to address utopian issues and humanistic concerns.

“The sun is but a morning star.”

This book is utopian in its content. However, Skinner tried to represent in it the “good life” that most individuals could attain. In doing so, he pointed out five principles he shared with Henry David Thoreau:

This book described practices that preoccupied Americans in the 1940s, both materially and emotionally.

Among the former were practices that guaranteed good health and free time. What Skinner offered in Walden Two was an opinion based on the community practices that could be critical to achieving health, wealth, and wisdom.

For Skinner, health encompassed a broader set of practices that included mental, community, and environmental health.

In Walden Two, the author described a series of practices to keep people and the community free from disease and to promote physical well-being.

Crowds had to be minimized and babies isolated, as necessary, to reduce the spread of infections. It was as fundamental to guarantee outdoor exposure to maintain a healthy immune system. Also, do a daily physical activity and eat nutritious meals for general body maintenance.

Walden Two fostered mental health when suggesting to provide meaningful work to all individuals. A job that focused on the individual strengths of people also ensured enough free time to pursue valuable hobbies and interests.

Also, work schedules had to be adjusted to reduce stress and employers had to provide enough opportunities for group activities. The kind that provided personal privacy should be preserved whenever possible.

Defined in terms of harmony and cooperation, Walden Two promoted community health by practices such as the equitable distribution of community resources. There should be no titles of honor and everyone should participate in unskilled jobs.

In addition, the community should raise children and people should go out to eat often to interact with other people. Everyone should get involved in all sorts of work, including volunteer positions. For example, both fathers and mothers must be in charge of the housework and take care of their children.

Even though it wasn’t commonly addressed in the 1940s, Waldon Two does touch on environmental health through practices that are now more routine and common. Skinner described practices to promote sustainable agriculture. For example, maintaining healthy pastures through rotational grazing.

Skinner concerned himself about practices that could ensure wealth throughout the community and the equitable distribution of resources within it. For example, each member had to contribute their own work. Thus, being a part of a group that could meet the needs of their community.

Also, they should judiciously use resources in order to secure adequate community capital, goods, and services, from cradle to grave, for current and future generations. Finally, the wealth was distributed equitably and no member benefited at the expense of another in Walden Two.

This book is fundamentally about wisdom understood as knowledge. This is because it’s the process and product of science. The community must be involved in educational practices that ensure freedom and the avoidance of ignorance.

However, the community engages in far-reaching practices than the education of its individual members. Ultimately, Skinner’s concern was seeking and discovering knowledge that benefits the community as a whole.

Wisdom is the central theme in Walden Two. The uses of science, both descriptive and experimental, to inform and guide practices that ensure the support of its members and the effectiveness of the community and, therefore, ultimately, their survival.

Walden Two, set in the utopian genre, addresses the means to maximize social justice and human well-being by balancing the capacity of community members to ensure their survival.

In this book, Skinner described a myriad of practices for solving problems of individual, social, and cultural importance, many of them on a large scale. For example, in regard to the economy, education, environmental sustainability, and personal lifestyles.

The solution is in the application of behavior analysis to promote individual and community health, wealth, and wisdom.

7 Science Fiction Series with a Psychological Twist
If you're looking for something new to watch, check out these science fiction series with psychological twists. There are so many great options. Read more »
Link copied!
Interesting Articles
Literature and Psychology
7 Lessons from Walter Riso