5 Ways to Access Visionary Experiences According to Aldous Huxley 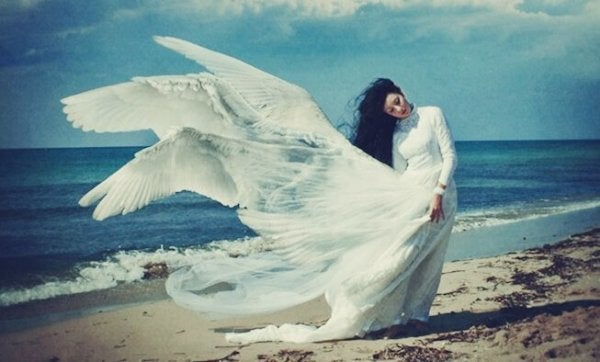 Huxley was the author of famous novel Brave New World. He was also a curious and restless man who was fascinated by so-called “altered states of consciousness” or “visionary experiences”. Huxley accessed these experiences in many different ways.

He went through a great spiritual search that eventually made him become a mystic. In the year 1953, Huxley read about the use of mescaline in the treatment of schizophrenia. Under the supervision of Dr. Humphry Osmond, he decided to try mescaline and other psychedelic drugs. In this article, we’ll get into Huxley’s world of visionary experiences.

“The face is never opaque at all; the soul is shown through its walls.”

Fasting is a widespread practice throughout the world. There are many religions that recommend and practice fasting as a means to have mystical experiences. Food deprivation unleashes a whole chain of effects in the body. This ends up modifying the way the brain functions.

Religions speak of fasting as a way to purify the body and spirit. Huxley points out that it’s also a mechanism to achieve visionary experiences. When we stop eating food for a certain time, it’s very common for us to experience visions and special emotional states. It’s not rare for happiness to merge with sadness.

Many of the visions religions and various philosophies speak of involve jewels and crystals. Gold and precious stones, beyond their market value, are recurrent images in mystical visions. In the absence of jewels, they speak of crystals.

According to Huxley, this is because jewelry and crystals emanate light. They shine and create flashes. According to this author, the attentive and silent contemplation of jewels causes visionary experiences. In other words, they reveal images of one’s own being.

Aldous Huxley said that locating oneself in a place where there are no sensory stimuli provokes visionary experiences. You begin to “see” and “hear” many things that you wouldn’t have access to in your normal state of consciousness. These types of practices are very common in Buddhism.

Science has proven Huxley’s theory. In addition, researchers have established that spending a lot of time in the dark causes a significant amount of brain hormones to trigger an activation of various neurotransmitters. After about three weeks, the brain produces DMT, a molecule in psychedelic drugs.

4. Concentrating on works of art

In fact, Huxley made a list of the artists that best transmit visionary experiences through their work. He listed Andrea del Castagno, Caravaggio, Goya, Rembrandt, Georges de la Tour, William Blake, and Fra Angelico. He also mentioned Zen art. He pointed out that Sufi poetry and music induce other states of consciousness.

People didn’t create fireworks simply for enjoyment. At first, they were considered a magical and transporting experience that caused effects in those who watched them. Watching them carefully and finding figures in the sky can become a visionary experience.

The same goes for rich or luxurious items like powerful sculptures, silks, velvets, and ornate clothing. Huxley says that contact with these items induces revealing visions which may manifest immediately or later during sleep.

Mystical experiences go beyond the field of psychology. In fact, they’re more spiritual. They’re a phenomenon that science has studied. However, there’s still a lot to discover about them.

Cooking as a Therapeutic Tool
Cooking is an activity that combines art, technique and knowledge. Find out how you can use this wonderful activity as a therapeutic tool in this article! Read more »
Link copied!
Interesting Articles
Culture
Slaves by Day, Tyrants by Night

Many of us are slaves by day, tyrants by night. We feel bad about our situation and want empathy, but we're…

Culture
The Importance of Poetry

Something surprising just happened. A poet has won the Spanish equivalent of the Got Talent television contest. César Brandon, a 24 year old, has managed to captivate the public simply with…

Do you want to be able to better understand the people around you? Do you want your friends and family…