Vermiphobia, the Fear of Worms

Many people are afflicted by vermiphobia, the fear of worms. It's related to the fear of infection and death. Continue reading to find out more about it. 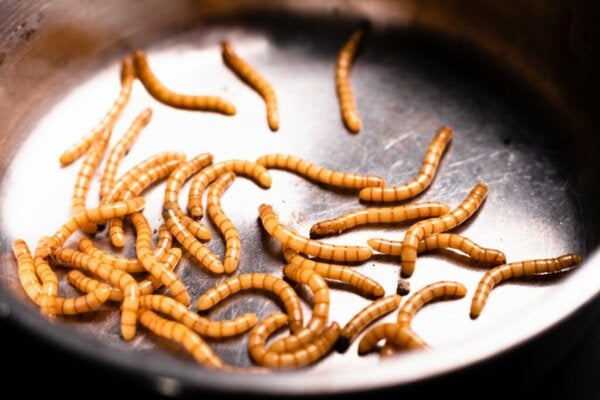 Vermiphobia, also known as scoleciphobia and helminthophobia, is the intense or irrational hatred or fear of worms. It’s a phobic disorder in which the presence of any stimulus related to these animals triggers an intense cognitive and physical response.

Worms are usually unpleasant for most people but those with vermiphobia can have a panic attack just by thinking about them and anticipating their appearance. Similarly, the fear of worms is based on or is related to the parasitic nature of some species.

“Life is hard. Then you die. Then they throw dirt in your face. Then the worms eat you. Be grateful it happens in that order.”

Particularities of the fear of worms

As in all phobias, fear of worms can cause different physical symptoms. These include nausea, dizziness, tachycardia, breathing difficulties or hyperventilation, sweating, and muscle tension, among others. In addition, there are often behavioral symptoms, such as avoidance of situations in which a person may encounter a worm, for example. Thus, a person with vermiphobia will avoid transplanting a potted plant or even going to the countryside.

It’s also easy to identify perceptual alterations; the person may come to believe they’re infected by these animals. This is because the fear of worms is due to disgust and fear of being the host of a potentially harmful parasite. This feeling of being a source of food for these animals makes people who fear worms really dread them.

It’s also commonly associated with fear or rejection of unhygienic conditions, which, in turn, is related to the spread of diseases or germs. Thus, those with vermiphobia are nearly germophobic and avoid coming into contact with spoiled food as much as they can.

Several common hypotheses could explain the origin of animal phobias. In fact, these fears are evolutionary, meaning that avoiding certain animals was essential for human survival throughout history. In the case of worms and the like, it probably helped avoid diseases by making the eating of spoiled food seem disgusting. Perhaps it also prevents death due to poisoning, as some worms are lethal.

On the other hand, regarding phobias, it’s inevitable to speak of learning fear through negative experiences. Generally, animal phobias develop in childhood and are maintained over time. Thus, people who have encountered an animal being eaten by worms may have developed vermiphobia. Many people with this type of phobia report having had intestinal worms at some point in their childhood.

In addition to these causes, it may be that the fear of worms runs in the family. In other words, children learn from the reactions of others, especially their parents. The probability of learning and adopting that fear is quite high if one parent is as afraid of worms.

Treatments for the fear of worms

Phobias with a disgust component are somewhat more difficult to eradicate and can be significantly reduced with proper intervention. Consult a psychologist if your fear substantially hinders your daily life so they can guide the process.

The techniques commonly used for this are framed within cognitive behavioral therapy, including systematic desensitization, relaxation techniques, and cognitive restructuring. The first is an exposure technique that consists of facing different stimuli chosen by the patient. The hierarchy of the list depends on the intensity of the anxiety these animals provoke. Thus, they’ll have to gradually expose themselves.

As a complement, the patient will train in relaxation techniques, with the goal of reducing the anxious symptoms at each degree of exposure. On the other hand, cognitive restructuring focuses on dismantling irrational ideas about worms and replacing them with other more adaptive thoughts.

In short, fear of worms produces a lot of discomfort in the person who experiences it. In fact, it can limit their daily life. However, one can considerably reduce it with the appropriate intervention, by analyzing its origin and maybe even eradicating it. In addition, it’ll provide the patient with resources to cope with the anxiety they experience in other areas or regarding other animals.

Processing Disgust – How Does the Brain Do It?
Processing disgust is one of human's most basic functions. In fact, it's kept the species alive throughout several centuries. Read more »
Link copied!
Interesting Articles
Clinical Psychology
Is It Possible to Overcome Obsessive-Compulsive Disorder?

When you hear "workplace depression", does it ring a bell? When you hear it, you'd probably think of having to…