Using the Syllabic Method in Class

The syllabic method is used to teach children to read at a very young age. Continue reading to learn more about it! 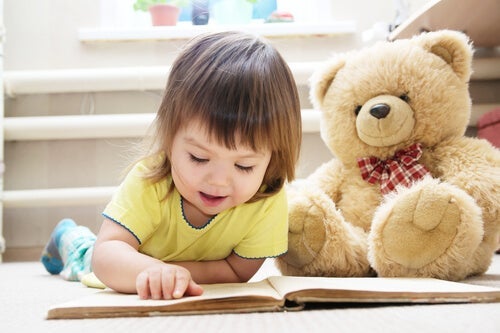 Pedagogues Friedrich Gedike and Samuel Heinicke developed the syllabic method. Both of them focused on the search for a technique that allowed children to learn to read in a much faster and more effective way. Therefore, they came up with this method, which uses syllables and their combinations to make this process easier.

According to some articles, such as “Writing and Reading: Social fact, not natural”, the syllabic method is a derivation of the phonetic method. The reason for this is that, before presenting the syllables to children, it’s vital that they understand how each word sounds separately. Only then will they be able to make the corresponding combinations.

The syllabic method in class

As the article “Initial writing and cognitive style” points out, this method allows children to correctly recognize and use the spellings that represent each letter of the alphabet and make combinations with them according to the rules of the language they’re trying to learn.

Therefore, to put it into practice in the classroom, it’s important to follow the following steps.

During the application of the syllabic method, all the exercises that are going to be done with the students will focus on the vowels first. Working with the consonants comes later. Let’s see them in an exemplified way to understand this:

These are the first exercises that professors can apply in the classroom, given that they’re the foundation of the syllabic system. It’s okay to use colors, especially in consonant and vocal combinations, in order to make learning much easier. Once this first step is ready, you can continue with the next one.

The syllabic method: working with syllables

Step one is done. The students are familiar with vowels and consonants and with some of their combinations. Now, it’s important to go one step further.

As you can see, the syllabic method is progressive and the difficulty increases as students assimilate knowledge. Here are some key exercises to work with syllables in a more advanced way:

Working with the syllables in this way will allow the children to learn how the same consonant can change its pronunciation depending on the vowel next to it. For example, the pronunciation of “ch” in “cherry” and in “school”.

At this point, and having dominated the previous lessons, it’s time to move on. Now, it’s convenient to start seeing other combinations that can occur between vowels and consonants. We’re talking about diphthongs, triphthongs, and mixed syllables. Let’s look at some exercises that you can do for this purpose:

Once all the previous steps are complete, students should feel prepared to start building increasingly broad sentences, until they form sentences. However, in any case, the ultimate goal of the syllabic method is to get them to read and understand a text easily, without major complications.

This method has been proven to work very well. It allows children to start getting acquainted with different spellings and sounds. As a result, they end up being able to not only read a text but understand it. Moreover, it encourages them to learn to write sentences and even short texts themselves.

This may not be one of the best-known methods worldwide. However, professors can integrate it into the classroom in a very easy way. The important thing is that the difficulty of the exercises increases little by little to give the children the opportunity to learn at their own pace. It can yield very positive results!

Learning to Read: Factors and Influences
Learning to read is a slow and progressive process. It requires that many cognitive and extralinguistic abilities be put into practice. Read more here! Read more »
Link copied!
Interesting Articles
Educational Psychology
The Development of Empathy in Childhood