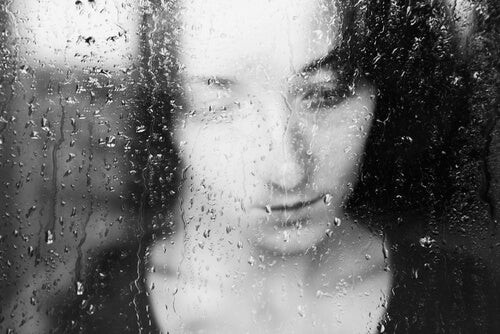 A few years ago, I had the chance to live with people who were a lot younger than me. If I hadn’t made the decision to go back to school, I might have never met them. Their ages were somewhere between my generation and the generation of my own children.

Something caught my attention, especially among the girls. They got completely immersed in relationships full of psychological abuse without even realizing it. Is that all their future holds?

They would tell me about how they got into arguments and “fights” with their boyfriends. It always sounded the same. To begin with, they would explain the reason behind their anger, how they would reach a breaking point, and ended the story with some sort of feeling of guilt or responsibility. Something along the lines of “I have a really bad temper”, “He hasn’t really done anything that bad…”

To tell the truth, their stories made me shudder. They were things that a girl should never put up with. These girls would make up excuses for all of their bad actions, even if they didn’t agree with how they were being treated. If they thought about it objectively, I’m sure they would also disagree with the justifications they clung to so tightly.

I would see them come in some mornings with a certain sadness about them. During the break, they would tell us about what happened until everything inside came out. It was so obvious. That was not the face of a girl in love. It was the face of someone in a dependent and toxic relationship, one filled with psychological abuse.

And I asked myself, can’t we do anything to warn them? Do each of us have to see with our own eyes and suffer the terrible consequences of abuse to really see it? So that’s what this article is for, for them or for whoever might find it useful.

Here is the testimony of a girl. A friend who slowly fell into the claws of psychological abuse without even realizing it until it was almost too late.


I let myself be wooed by a ghost in a pretty white sheet. He was older and more experienced. I didn’t see it, I didn’t realize it. Back then we didn’t know about psychological abuse. Unfortunately, I didn’t manage to open my eyes to the truth until it was too late.

When I got pregnant, his true self began to peek through. He began to treat me badly, to yell, insult and fight with me over every little thing. He made me feel inferior and incapable of anything. Who was I without him?

Everything got worse after I had my son

When my little boy was born, things got worse. He even assaulted me with the baby in my arms. From then on, I tried to avoid arguments as much as I could. I ran from his explosions of anger, let myself be convinced by a mere,“I’m sorry.” They were happening more often. I got caught in the trap of psychological abuse. Most of the time, I felt responsible for it. Was I, with my bad temper, the guilty one?

He stopped working and helping out around the house. If he had a beer, he turned into the Devil himself. He abused me verbally, hit and broke everything within his reach. However, I kept that one, beautiful goal in mind: a happy family. Every couple has their fights, I told myself.

When he fought with me, I avoided him. It was unthinkable that I also had to experience in my home the screaming and insults of my parents’ house. The worst part of it was that destructive attitude. It doesn’t heal, it gets deeper every day.

He began to abuse our son when he was three years old. To humiliate him just as he did with me. Our son was easy prey for all of the hatred he had stored inside. Hatred. Why? I will never know. But I do know that he always tried to keep a victim nearby. It was clear that we were unhappy.

My friends were essential in opening my eyes to reality

Slowly, I widened my social circle. I made new friends, even though I was already quite a hermit. And I saw — I began to see and was made to see — that these fights weren’t normal. He was destroying my self-esteem.

I slaved away working in and outside of our house to try to bring home some money. In the summer, after nine or ten hours waiting tables, I escaped with my friends for a few hours. I found some comfort in sweet words of support and affection. However, when winter rolled around, I went back to my prison. With each passing day, the dream of a happy family felt farther and farther away.

My son was three years old, and it had been two years since I had truly looked at myself in the mirror. I had lost all interest in fixing myself up or looking pretty. What for? I was ugly and tired.

I felt old at the age of thirty. Constantly, he would scream and belittle me at the few events we’d go to. None of what he did was okay or right. My eyes clouded over with sadness, just like the sea clouds over on a moonless night.

I took this as a warning sign. This was not the plan.

Being aware of it only made my anguish worse

I began to feel like this life I had chosen was my responsibility, that it was all my fault. And I lied about our relationship to everyone. I made up excuses until I managed to convince everyone that my hair loss was a hormonal issue.

One day something snapped and my body told my mind that enough was enough. I had a panic attack that took me straight to the gates of death. Slowly I felt my body stop functioning. First I lost feeling in my fingers, then in my hands and feet. Then my face, tongue, arms, and legs… And my breathing became erratic.

I wouldn’t wish this on anyone. To watch your body stop working little by little. My friends took me to the hospital and I stayed there overnight for observation. He marched home with our child. The doctor in that small town, besides being my friend, was also a psychiatrist. He recommended that I stay at my friend’s house for the rest of the week for peace and recovery.

I learned to say “No”

That’s how I began my recovery, which lasted 5 days until I went back home. There he was, on the porch. I walked up the stairs and hugged him. “I’m back, and I feel so much better,” I said to him. He rejected me with a shove that made me lose my balance.

He began to scream at me, but I don’t remember his words. Suddenly, I couldn’t hear him anymore. I could only see how his yells, shoves, and the violence that stemmed in his gestures and voice terrified me.

I was scared, for me and for my child, and for the friend who came to the house with me. “Run!” is the only thing that crossed my mind. But I couldn’t leave without taking my 5-year-old boy with me, because I was afraid he’d harm him just to hurt me. That’s what I thought, that he would do it to get back at me. But I hadn’t done anything!

We left terrified, with the hair on our arms on end. Nobody said a word on the whole ride to my friend’s house. When we got there, we were silent. A few minutes later, he arrived. I went out on the second-floor terrace and saw him down there.

Once more he said he was sorry

But, you know what? It was already too late. One word came out of me, out of the depths of my soul. “NO!! I can’t do it anymore. I’m done with you!” I had made the decision to get out of the cage of psychological abuse.

I wished that he’d be happy alone since he didn’t seem to be with me, and also told him that I loved him very much. As a result of the separation, all he’s done is call with death threats. He has threatened me that he’ll get his revenge for the humiliation.

No, we don’t want to see him. He harms us when he’s around. He pulls us both down with him, me and my son. Being away is the only way I can have what I need: peace for me and, most of all, for my son. I will not allow anyone to harm him, not even his soul. It is my duty as a mother to teach him to never confuse love and humiliation.

… because if someone loves you, they will not torture you psychologically.

The Day My Child Lost His Smile: Child Abuse
My son lost his smile because of child abuse, and I'm writing this difficult article to share some warning signs so that it won't happen to others. Read more »
Link copied!
Interesting Articles
Self-esteem
You Can Learn Self-Love and Self-Esteem

How often have you heard people state that they don't like themselves? "I don't love myself, what can I do,"…

Wellness
If You Don't Love Yourself, You Don't Know Yourself

Self-esteem is a trendy word that some people think will magically help them understand other people's behavior, as though all problems could be explained by a…

Humans are social beings. We like to please and share things with others. But can the need for approval be harmful? Yes…