Understanding and Belief: The Gilbert Experiment

The Gilbert experiment supports a disturbing conclusion-- when given information, one tends to believe it's true. Thus, people are vulnerable to being easily deceived. 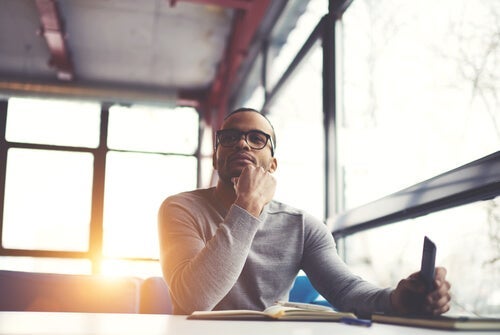 The Gilbert experiment was conducted to try to resolve a centuries-long debate. The debate began in the 16th century between two well-known philosophers: René Descartes and Baruch Spinoza. The two disagreed over how beliefs are formed in humans.

René Descartes, considered the “father of rationalism”, argued that understanding and believing are different processes. First, people acquire new information, then they analyze it, and, finally, they decide if they believe it or not. In other words, beliefs are the product of the analysis of information.

Baruch Spinoza, however, noted something different. He claimed that understanding and belief happen at the same time. In other words, people believe what they hear or read without analyzing.

“Intelligence is what you use when you don’t know what to do.”

Descartes and Spinoza never came to an agreement on the debate. Thus, in 1993, Daniel Gilbert and his colleagues conducted the Gilbert experiment to test the validity of each theory.

The central question of the experiment was whether understanding and belief were two separate processes or processes that occurred simultaneously.

They began with a group of 71 volunteers. Each person read a text detailing a robbery. Based on the text, they had to choose a fair punishment for the robber.

Furthermore, the text was composed of both green and red lines. The green lines represented true statements, while the red statements were false. They needed to take this into account as they understood the details of the robbery and decided on a fair sentence.

The false statements, in red, contained information on the details of the crime. Some of these claims made the robbery seem more violent. For example, they said that the robber was armed or had aggressive behavior.

On the other hand, other texts attempted to “soften” the crime. For example, they said the robber had to provide for his family. They mentioned his friendly demeanor and no instances of violence.

Furthermore, as the experiment progressed, the testers interrupted half of the participants with distractions. The other half completed the exercise without any distractions.

The testers expected those who were disrupted to act more naturally, precisely because they lacked control over the situation, which would cause them to behave in their usual manner.

Those whose texts included false descriptions alleging the robber’s cruel behavior gave sentences doubly severe as the others. Those whose false claims favored the criminal gave less than half the penalty.

On the other hand, the participants who weren’t distracted while reading excluded the false statements. They gave sentences appropriate to the actual crime committed. Since they had enough time to process the information, they gave fairer punishments.

However, what’s troubling about these findings is that, in daily life, true and false information wasn’t coded in green and red.

The Gilbert experiment confirmed the ideas of philosopher Baruch Spinoza. They concluded that understanding and belief do occur concurrently. Essentially, people are wired to believe everything they’re told.

To a certain point, this is good because, otherwise, people would spend their entire lives searching for validity in everything they read or heard. On the other hand, it’s very worrisome how easy it is for humans to believe information that isn’t true.

Link copied!
Interesting Articles
Experiments
The Zen Key to Doing What You Want