Twin Relationships in the Film Industry

Discover twin relationships in the film industry in this article! 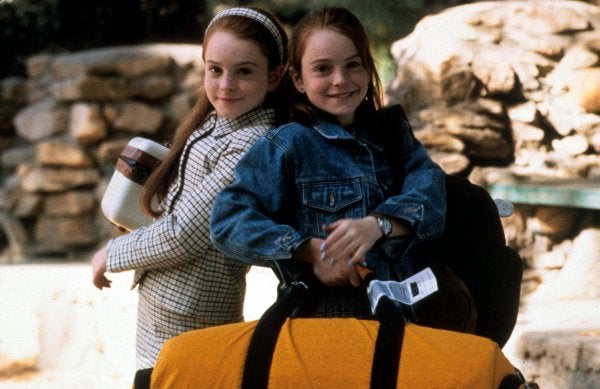 Coexistence between twins can be quite particular and curious, which is why it’s such great material to create drama and comedy films. Twin relationships are so recognizable and so interesting that they have their own subgenre in the film industry.

Some of these movies may show particular twin relationships. This subgenre illustrates all kinds of scenarios regarding this type of family bond. For example, how a forced separation between siblings may feel, constant physical comparisons, and the dependence that there may be in different situations.

Next up, we’ll be presenting to you 3 iconic films that showcase twin relationships. Our goal is to illustrate some of the peculiarities relevant to this bond. Let’s see what they are.

This 1998 remake is extremely popular. An entire generation grew up watching this movie starring Lindsay Lohan. The actress was only 11 years old when she played twins Hallie and Annie. These two were separated by their parents’ divorce shortly before they were born.

The two sisters live in different countries: Annie lives in England and Hallie lives in the United States, a whole ocean apart. But by chance, the two meet at a summer camp in Maine, USA. During their stay in the camp, the twins come up with a plan to bring their family together once again. In order to do that, they must trade places with each other. The American would need to go to London and the English to California.

Although it may be hard to believe, there are many true stories about forced separations on twins. What this film portrays isn’t as uncommon as you may think. In fact, a large number of twin re-encounters by chance show just how veridical this scenario is. For example, the surprising story about triplets who were separated. Check out the Three Identical Strangers documentary to learn about that story.

Twins, a display of twin relationships

The movie Twins is an iconic 80s comedy. It stars Danny DeVito and Arnold Schwarzenegger as the twin brothers, emphasizing the great physical differences between the two. In the film, both characters discover that they’re twins although they don’t look alike at all. They’re actually the result of an experiment that had unexpected results.

However, the differences between these two brothers are not only physical but also personality-wise. Julius (Schwarzenegger) is a very naïve and honest person with formal education. On the other hand, Vincent (DeVito) is a pathological liar and a professional con man.

The explanation of the great physical difference between the two may be the fact that they’re not exactly identical twins, rather they’re fraternal twins. This type of twins comes as a result of the fertilization of two ovules by two different sperm cells. That way, it forms two physically different siblings who are born on the same day.

The differences between fraternal twins aren’t usually as extreme, though. Therefore, the explanation may be different: Superfecundation. The two twin brothers can each have a different father. This case is extremely rare, but feasible. This happens when the mother releases more than one egg, which is fertilized by more than one man in a short period of time.

Twin relationships in films usually respond to certain similar structures. The most common stereotype is to pigeonhole one of the twins as bad and the other as good. Actually, that’s the scheme that this film gives.

Twins Elliot and Beverly are two gynecologists specialized in the treatment of female infertility. Elliot takes advantage of the women he treats, while Beverly comforts them. However, there’s a catch: None of those women know they’re identical twins.

When Claire finds out that Beverly has a twin brother, she feels betrayed and ends the relationship. After that event, Beverly goes into a depression and only finds relief in drugs. Thus, the relationship between the twins goes through an existential crisis.

Clearly, the relationship between Elliot and Beverly is of joint identity. This occurs when the twins take refuge in each other, that is, they’re dependent on each other, considering themselves a single entity. This makes each one have a partial formation of the “ego”. This, as a consequence, hinders the process of creating relationships with others. It’s difficult for them to maintain friendships for a long time. Twin relationships of this kind are interesting as they can’t live without one another.