How Has Our Way of Treating Mental Health Problems Evolved? 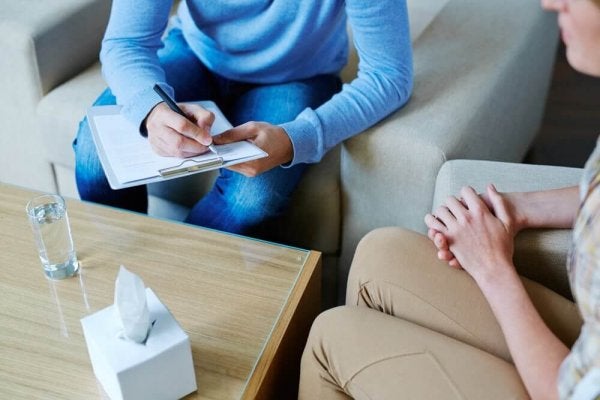 As technology advances and science discovers new things to make our lives easier, psychology hasn’t remained in the past either. What’s evolved is the way we work with mental health problems.

In its early stages, psychology began treating mental health problems with what we now call first wave therapies. This way of working with mental health meant thinking about learning and “unlearning” mechanisms: action-reaction behavior. Basically the stimulus and the way you had learned to experience it determined your response.

And your responses would get stronger or become more likely the more you repeated them. You’d learn any behavior that came with a reward fast and it would fly up the ladder of your behavioral responses. On the other hand, a response might disappear when it was no longer reinforced, and disappear even earlier if there was punishment tied to it.

The first wave helped us understand one of our most basic learning mechanisms: conditioning. So of course one of the branches of psychology that evolved the most under that idea was the psychology of education.

It saw in those ideas a teaching model based on rewards and punishments. It also helped us understand how and why we make such strong associations between certain stimuli.

As the years went by, our way of working with mental health problems evolved. What came next were second wave therapies. So how did this second generation change things?

People realized that we didn’t always act based on stimuli and responses. No, there was actually something between those two things, but what could it be? Well, it was the brain, emotions, cognition, and desires. Basically the fundamental essence of each person.

That’s why our way of thinking is so important when it comes to second wave therapies. We are what we learn, but also what we make of what we learn. The ideas from the second wave meant we weren’t passive anymore; we were active. And that meant that our margin for action actually multiplied.

Cognition is what leads us to face the world one way or another. That is, reality is important, but what’s more important is how you perceive reality and how you interpret it. That’s why second wave therapies began to work on people’s attitude, emotions, and biases.

Seeing ourselves as more than just machines that can only respond based on what we’ve learned also lead to a study of the mind itself. A serious effort was being made to understand what exactly happens in our “black box.” What causes us to develop disorders or have such contradictory feelings? For example, how can a bit of good luck can actually make someone feel sad?

This new way of understanding our behavior also shed light on a problem that we’re still dealing with today: measurement. So even though it’s really easy for us to establish how far away two places are from each other, we have a hard time figuring out exactly how much anxiety a person experiences.

The second wave helped us with self-actualization. But people could see that despite our progress, there were still plenty of mental health problems without good solutions. That’s how third wave therapies came around.

The goal they were after was for us to live with problems that have no solution (or at least no quick-fix solution) without them taking over or harming our lives. This is where you’ll see more current therapies. Some are making a big splash and picking up steam like mindfulness, acceptance therapies, etc.

The problem with these kinds of therapies is that it’s hard to do scientific studies on their effectiveness. What that means is that there are serious psychologists doing third wave therapies, but also frauds and unlicensed practitioners. That’s why some areas of psychology don’t have much respect for these therapies.

So now we’ve done a quick overview of the three waves of therapy in psychology. The way they differ in understanding our behavior, thoughts, and emotions has given us valuable perspectives.

Now that you’ve seen some of the ways psychology has evolved, it’s probably easy to see why it’s so good to have very different points of view on our thoughts, behaviors, and emotions. And if you think about it, this diversity of perspectives is rewarding for psychologists themselves. Each generation has given them different tools they can incorporate into their practice.

Stop Imagining and Start Experiencing Reality: Gestalt Therapy
Gestalt therapy can help us take responsibility for ourselves, deal with past problems and face new ones, and become more mindful. Read more »
Link copied!
Interesting Articles
Psychology
How to Deal with Your Difficult Child

There are many parents that complain because they have a very difficult child. A child that is always overcome with anger,…

Psychology
Cognitive Bias: When We Don't Think, We Make Mistakes

In any given day, we make a lot of decisions. And we make most of them at the speed of light,…

Psychology
7 of the Best Quotes from Psychologist Carl Rogers: Empathy, Tolerance, and More

Carl Rogers often spoke of the control we have over destiny, about experience and personal growth, as well as the…