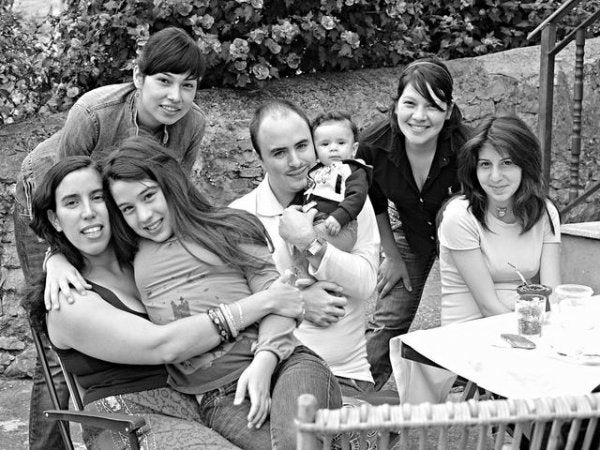 Transactional analysis belongs to the humanist psychological movement. It was created in the years 1910-1970 by psychiatrist Eric Berne.

Through his theory of ego states, we can better understand social relationships and conflicts that arise between them. An ego state is a way of behaving, which, in one way or another, depends on the emotions and the way we are thinking at that time. It also depends on how we are treated which will make us react differently.

The three states of self

Parent self: It is a state in which one acts, thinks or speaks with the learned patterns of their parents or some important authority figure from childhood.

They taught us what is right and what is wrong, how to live, to feel, what to believe. All this was recorded and within each person there is an “inner parent”.

Depending on how we were treated, that figure could be critical, as an inflexible, strict, authoritative, angry, serious, rigid, judgmental, guilt inflicting parent… Or if we were lucky enough to have nurturing parents, when we are in the parent ego state, we will conduct ourselves in a flexible, helping, flattering, cooperative way, providing positive reinforcement, etc…

It all depends on the patterns we have learned in childhood. Your parent ego state is like a copy of what you saw and copied in your childhood.

Adult self: It is the most rational and realistic state. A state where information is analyzed, sorted and the decision believed to be most accurate is made, without being influenced by emotions or rules.

It focuses on “what must be done” and not “what you want to do”. Adult reactions are ideal for any conversation to be fluent and positive. It is the state that reduces conflict and returns the well-being to situations.

The adult is the one who thinks and reasons in a realistic way. The other two states of parent and child, are more dominated by emotions and automatic reactions.

A person who is acting from an adult state will appear sincere, human, respectful, flexible, empathic, decisive. It is the most rational and efficient state because it is based on logic without letting emotions cloud intelligent thinking.

Child self: It is the part that is most dominated by desires, impulses, dreams, spontaneity, creativity, enthusiasm. It is the spontaneous part and the part for natural impulses. The child self, if damaged, has its insecure, shameful, fearful, cruel, selfish side.

We respond from this state as we did when we were kids; with a high degree of fantasy and little rationality.

It is not negative to bring out this state. Repressing our inner child has negative consequences. You have to let it out, feel, have fun. If you take care of it instead of repressing it, the adult part will develop in a healthy way. We all carry the child we were inside of us.

Normally we all have the three ego states and we change depending on how we feel, how we are treated, and the situation we find ourselves in. You can change from one state to another in a matter of seconds.

One, for example, can maintain a balanced state of maturity with the adult self, but if someone treats them improperly, the adult self may move to the child self or the parent self by threatening, scolding or losing control.

If we analyze conversations, we will detect from which state each one communicates.

With all this theory we should not seek perfection. The ideal thing is to use it to avoid conflicts and bad relationships because if it produces negative communication it is because something is missing in the complementarity.

For example, if someone speaks from the parent self, and comes across someone in the child self, it would be perfect. They complement one another and everything will flow naturally. However two people from the parent self collide and will cause conflicts to occur because both of them want to take control, command, etc…

Two people with the child ego state will not have conflicts. There will be a connection without the need to complement one another.

With the state of the adult self, there usually aren’t any problems. It can relate to both the child self and the parent self since it will provide an ideal environment for no conflicts to arise.

Images courtesy of Blisco_O and Lis

Psychology
The Benefits of Meditation

Did you know that we all possess the power to change our minds and that one of the best ways to do so is through meditation?  This can be confirmed by…

Masked control mechanisms are strategies that some people use to manipulate the behavior of those around them. These people use them because…