Transactional Analysis and the States of the Self

The three states of the self, according to transactional analysis, are those that deal with the child, the parent, and the adult. The point of it is for a person's adult to be controlled and for it to regulate the other dimensions of their personality. 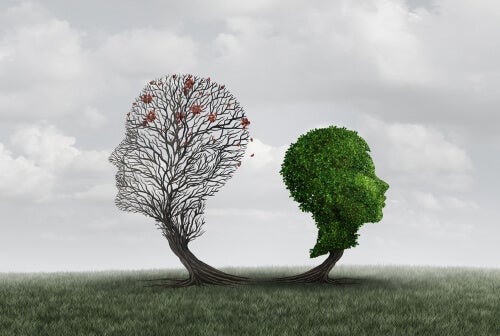 Transactional analysis, proposed by Eric Berne in the 1950s, is a method derived from humanistic psychology. It’s undergone some variations since then but most of its components remain the same. In particular, it’s related to the states of the self.

This type of analysis is a very functional method to describe personality and propitiate necessary changes. One of its axes is the three states of self, namely parent, adult, and child. According to this theory, each of them interacts with the other two personas.

These ego states are specific ways of feeling, thinking, and acting. Thus, according to transactional analysis, human beings relate to others using the position of parent, child, or adult. Concrete consequences translate into interactions with the world from each of these states.

“Let us listen to the needs of our inner child that’s being tamed and imprisoned by the rules of a grown-up world.”

Transactional analysis – the child, one of the states of the self

The child is the most basic of the ego states. It corresponds to the most elementary impulses you learned and wielded to since childhood. These remain fixed in your personality for various reasons. In principle, it’s related to expressing what you feel and think in a completely spontaneous way.

The child ego state contains impulses, unlimited fantasies, and the whole world of the irrational. It’s a reality in which emotions predominate over thoughts. Unpredictability, recklessness, and spontaneity stand out.

Transactional analysis makes a distinction between the “natural child” and the “programmed child”. The first is the one described here. The second is a child who wasn’t allowed to fully manifest and, therefore, becomes bratty and repressed. Thus, those states can remain almost intact in adult life from this approach.

The parent is another state of the self in the light of transactional analysis. This corresponds to everything people learn from their parents during childhood. It’s like a replica of their behavior and world perspective.

In general, this corresponds to attitudes related to the exercise of authority and power, as well as beliefs, prejudices, ideologies, and everything that makes up the world of norms and values. Also, the attitude towards freedom.

For transactional analysis, the adult is the organized way of perceiving reality, according to the knowledge and experiences acquired as a result of autonomous reflection. One could say it’s the most authentic dimension of your being.

The adult is the only one of the ego states that shows who you truly are, without the conditioning you receive from your primary environment. He understands your most rational and self-critical facets. Reason predominates in this state.

The main characteristic of the adult ego state is self-control and self-determination. It excludes neither the child nor the parent but manages to moderate its expressions and effects.

Transactional analysis – the self and welfare states

A healthy person is one who manages to combine all the states of the self in their natural form and regulate them through the adult for transactional analysis. Thus, the healthiest thing is to allow the natural child or natural parent to emerge to the point where it’s reasonable in the realm of affection.

The problem comes when a programmed child or programmed parent predominate. This leads to a whimsical adult who seeks to be taken care of by others and gets angry when they don’t get what they want in the first case. In the second, an authoritarian and demanding person who seeks to impose themselves on others predominates.

For this type of approach, the decisive thing is to identify which of these ego states predominates in your personality. The goal is to regulate them through the adult facet so that interactions with the world are healthier.