Trainspotting and the Effect of Addictions 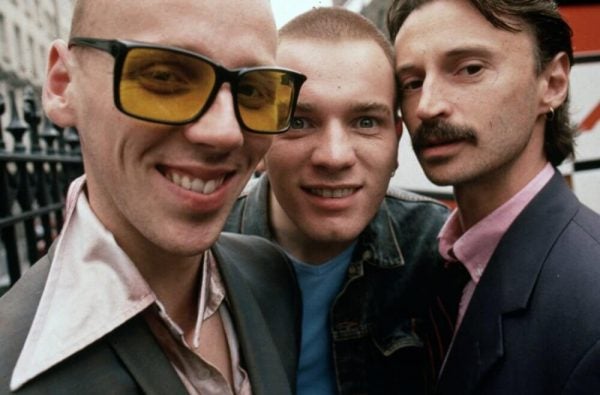 Trainspotting is a Scottish film from 1996 directed by Danny Boyle; a landmark film in European cinema that had a recent sequel, T2: Trainspotting. The truth is that it is difficult to forget such iconic characters, their peculiar reflections on life and the murky world they moved in. Trainspotting is not a movie for everyone and neither does it try to be. It isn’t exactly a drama, but nor is it a comedy …

Trainspotting is something else entirely. It’s the portrait of a society that became addicted to drugs, especially heroin. And that is where it takes us, with the help of some true twentieth-century philosophers who chose to live on the fringes of society, and whose only thought was about getting high. All this may sound a bit unpleasant, but, when we see the film, we’ll discover a whole new fascinating universe. We’ll discover points of view that have seldom been dealt with in such a deep way in the cinema.

A 20th century work of art

Trainspotting is aggressive, direct and sarcastic. The characters are really well written and the scenes are very varied. We have the streets of Edinburgh, the worst bathroom in Scotland, an overdose with the legendary Lou Reed song Perfect Day in the background, a disturbing scene with a baby, and many more.
It is, undoubtedly, an unforgettable film which deals with the topic in such an open way, albeit using metaphors a lot of the time. It is also brought to life by one of the best film soundtracks of its time, and is a true work of art of the twentieth century.

“Around the same time, Spud, Sick Boy and I took the healthy, documented and democratic decision to get hooked on heroin as soon as possible.”

The philosophy of Trainspotting

The film focuses mainly on 4 characters, each with very different motivations and perspectives on life:

The type of ​​life that we are shown is a kind of slavery. A life in which we work just to pay the bills, have a big TV, get a partner, some friends, and a job. Everything seems to be based on choices, but they are only really conditioned choices to fit in with the established, accepted social patterns. What happens, then, to those who don’t want to choose these things? They opt for living totally outside of the system.

“Think of the best orgasm you’ve ever had, multiply it by a thousand and you won’t even be close.”
-Renton, Trainspotting-

The consequences of addiction

For Renton, to choose a life and follow the social model is not at all easy; in fact it’s boring and empty. Because of this he decides to be an addict, and in this way his only worry in life will be to get enough money for a fix. Trainspotting brings us closer to a different philosophy on life. It brings us close to an addict’s point of view. Renton himself explains that his choice is very simple. It is exclusively for pleasure, and nothing else. He does of course know that the consequences of his addiction will only be bad ones, and knows the risk he is taking on entering that world. He knows all this, and still decides to enter.

All of this is a kind of contemporary hedonism, a life outside of everything that is accepted. A life in which happiness and the purpose of life are summarized in one word: pleasure. And the search for that absolute pleasure is through taking drugs.

Another perspective on life

Despite this pursuit of pure pleasure, Renton explains that every addict, or nearly everyone, has, at some point, decided to get away from drugs, return to the real world and start a “normal” life again. There is a bathroom scene in the film which is crucial to understanding this decision. It is a kind of portrait of Renton’s life. It is an extremely unpleasant scene, but very complex at the same time. The bathroom is actually a reflection of his life, and his relationship with heroin.

Trainspotting gives us another perspective on life, and explains the background of this choice. For these characters, the real world is synonymous with slavery and unhappiness. What they do, therefore, is to decide to escape from that reality and immerse themselves in a new mental state. Into another way of life that comes about as a direct reaction to that system.

“When you’re hooked you only have one concern: to get a fix; because when you come off it then you suddenly have to worry about a whole lot of other crap”.

Trainspotting introduces us to the reality of a drug addict’s life, and to an “underworld” that we’ll have never seen before, but one that really does exist. Trainspotting is not an ode to drugs, but rather the portrait of a generation and the repercussions that substance abuse had on it. Heroin was a kind of epidemic in the late twentieth century, it got many young people hooked and claimed countless lives, not only directly, but also because it led to the spread of diseases such as HIV. All of this, together with the character’s philosophical reflections, is reflected in Trainspotting.

Trainspotting is Renton’s journey. The journey of an addict. From the ecstasy and the initial euphoria, through to misery and then a plunge into the depths of despair. In the middle of his story, Renton comes into contact with Diane, a young teenager who Renton starts to have a relationship with. This girl, despite being so young, will be a kind of conscience for Renton. She will be the one who brings a bit of reality to his life. She will make him see that the world is changing, that the music he listens to is no longer fashionable, and that there are other possibilities outside of drugs.

The changing world of drugs

Our world is advancing at a breakneck speed. Everything around us is changing. But in the world that Renton and his friends live in, it seems that time has stood still. They are living oblivious to everything around them, and the things that are going on. All these changes are also occurring in the world of drugs. At the end of the twentieth century, the main drug was  heroin, while, at present, other drugs such as cocaine have gained ground. Diane already warned Renton of this, and we see this very well reflected in the sequel, T2: Trainspotting.

Trainspotting also brings us closer to the difficulties of detoxification. Renton has meticulously prepared everything to cope with withdrawal symptoms as best he can. He shuts himself away with an arsenal of “anti-withdrawal” products, among which is valium. Renton tells us that he has achieved this thanks to his mother who is “in her own socially acceptable way”, a drug addict. In this way he passes comment on those who get hooked on certain medications.

Trainspotting delves into the perspective of those hooked on drugs in a very bold way, encompassing absolutely everything. Right from the first contact, through to pure addiction and detoxification, and then relapse and an almost poetic overdose. Using a very unpleasant topic, Danny Boyle manages to make a fascinating film that allows us to understand a reality that is probably totally alien to most of us.

“I chose not to choose life; I chose something else. And the reasons? There are no reasons, who needs reasons when you have heroin?”

Drugs Do the Most Damage when you Can’t See a Way Out
There are a lot of different explanations for why people take drugs. An experiment with rats who had either drugged or drug-free water can tell us a lot, though. Read more »
Link copied!
Interesting Articles
Cinema, Television, and Psychology
Spotlight: The Value of Journalism