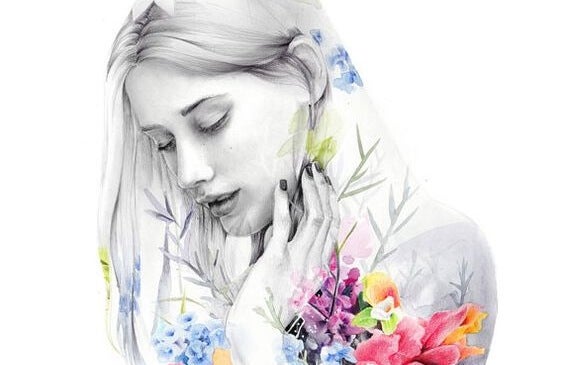 Up until quite recently, most people generally assumed that everybody wanted to get married and have kids, but this has been changing radically. In the Western world, the amount of people choosing not to have kids is rising. There are lots of men and women who don’t want or prefer not to have children.

The reasons for this range from personal wishes to the idea that bringing a new life into the world would throw the world’s societies and ecosystems out of balance. Whatever the reason, it’s clear that there’s less and less of a taboo surrounding this decision. This applies to practically all societies around the world.

“Times are bad. Children no longer obey their parents, and everyone is writing a book.”

As a result, demographics in most developed countries are showing an increasing ratio of older people to younger people.

In some countries, the birth rate is much lower than it was 20 years ago. This, added to a rise in life expectancy, is creating an aging population. Is this a good thing? Is the decision to not have kids a logically responsible one, or is it just another form of modern selfishness?

The decision to not have kids

Many people believe that having kids takes away their freedom and complicates their lives. Parenting demands an amount of time that many people aren’t prepared to invest. For them, having and raising a child would be suffocating, and on top of that, it just doesn’t interest them. Some people believe having a career and a social life is enough to give meaning to their lives. And for others, children aren’t worth the investment that responsible parenting requires.

According the study Childlessness in Europe (2015), most reasons for not having children are work-related. However, there are many others, including economic reasons, a bad relationship history with one’s own parents, and the fear of transmitting a genetic disease.

Another study by the Family Federation of Finland indicates that in the last few years, economic difficulties have have become the main reason for not having kids. Job insecurity and uncertainty about the future have caused this phenomenon to spread.

Regarding the question of who’s happier, the University of Western Ontario in Canada concluded that there’s not a definitive answer. It seems to depend on the age of the person. For younger people, having children is more likely to be associated with a lower degree of happiness. For adults in their 30s, their perception is neutral. And for those in their 40s, children are a great source of happiness.

A decision that’s affected by many factors

There’s no general answer to the question of whether or not to have children. Every person, and especially every couple, should make the decision for themselves. It’s important to reflect deeply on the matter and try to be sure of your decision. When people have children without wanting them, it can have truly devastating effects. On the flip side, squashing your desire to be a parent will eventually create a huge existential hole within you.

People almost never find themselves in the perfect situation to have children. It would be ideal to have a stable partner, enough money, lots of free time, and a strong desire to be a parent, but it’s very rare for all of these to be present at the same time. But that doesn’t mean it’s impossible to make adjustments and adaptations so that you can welcome a new life into the world. In fact, people make these adjustments all the time. Big families, which were quite common not so long ago, were able to survive with fewer resources.

Knowing why you want children

It’s important to know where the desire to have children comes from, because sometimes it’s from the wrong place. There are plenty of partners who have relationship trouble and deceive themselves into thinking that a child will improve their relationship or put an end to their arguing. There are also those who are frustrated with their own lives and want to have kids to make up for the achievements that they weren’t able to make. Both cases are likely recipes for failure.

We’re gaining more and more freedom to make decisions about who we want to have families with and how we want them to be, which is a huge advance. However, it also gives rise to new anxieties and uncertainties. The important thing is to cultivate your ability to listen to your heart, and everything else will follow.

Having kids will always be a challenge. Bringing a new life into the world is not a simple process. It involves facing numerous social and biological challenges, as well as those that the children themselves create. However, there are countless hidden opportunities to grow and have fun with them, too.

Raising Emotionally Healthy Children
To educate is to communicate, guide, show and teach our children what we consider important for life. Read more »
Link copied!
Interesting Articles
Wellness
When Nothing Is the Same

Sometimes a strange sensation comes over us: that nothing is the same. A glance loses its brilliance, words lose their music, and day by day we are more aware that…

Wellness
5 Differences Between Sadness and Depression

One of the pillars that has a tremendous influence on our behavior is self-esteem. How we feel, based on the…

Mature love is defined by life experience and a serene heart. We are talking about souls in their autumn years…

Wellness
Self Awareness: The Key to Happiness

Happiness. What does it really depend on? Is it something one finds by chance due to fate's plans or at random? Does…