Envy is a very negative emotion but also a very human one. These three tales about envy will help you see how this deplorable emotion took hold of some individuals and led them to hurt others and themselves. 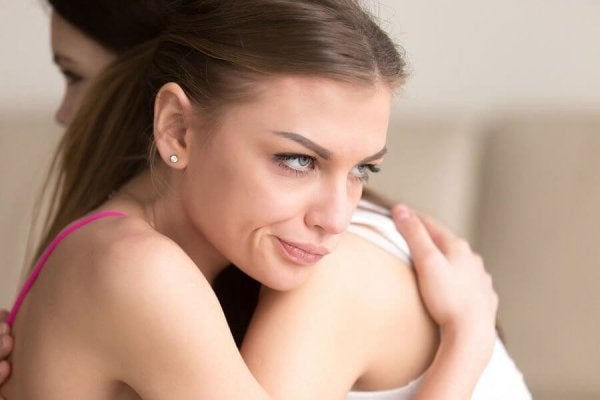 These three tales about envy were created with a set purpose: to make everyone see the manifestations and effects of this insane emotion. As a matter of fact, many people believe envy was the cause of the first murder in sacred history. Cain killed Abel because he didn’t tolerate God preferring him. Actually, more than just conflict or even war rose due to the envy many individuals were dealing with.

Wanting what another person has isn’t necessarily negative. It may motivate you to work harder to get to where they are. However, when it comes to envy, it’s different. This emotion is quite negative and eats people up inside. In all honesty, most people (if not all of them) have felt envious at least once in their lives. It takes place when a person’s identity isn’t well-established and, as a consequence, they focus on what they lack and proceed to compare themselves to other people’s goods.

Now, it’s possible to heal oneself from this terrible emotion. There are two ways to do so. First off, practicing compassion. Every single person in the world is dealing with issues and internal demons, as they’ve got their own sufferings. Furthermore, it’s also good to internalize the fact that most people have worked very hard to get to where they currently are. Once you realize this, you’ll see that you, too, need to work hard to get the outcome you desire. No successful person ever got to that point without perseverance.

“Envy is the art of counting the other fellow’s blessings instead of your own.”

That being said, in this article, we’re going to tell three tales about envy that could provide you with a very good life lesson.

1. “The Peacock”, the first of the three tales about envy

Once upon a time, a peacock was deeply admired by the other animals. Every day, right when the sun began to rise, he strolled through the fields showing off his amazing plumage. Everyone was always waiting for the moment when he’d spread his tail and reveal all that beauty he had within him.

Moreover, the tale says that, one day, strangers arrived at the place. Everyone received them very kindly. The group of owls talked and talked until very late at night. All of a sudden, one of the owls told the others that he’d seen a beautiful golden pheasant nearby. It was the most majestic bird he’d ever seen in his life. The others agreed with him.

A turkey listened to the conversation and he couldn’t believe it. He was certain that said golden pheasant had flaws the owls had overlooked. Because of this, the next morning, he went to look for this animal because he wanted to see it with his own eyes. Sadly, he got lost in the woods and no one ever heard from him again.

This is one of those tales about envy that teach just how useless it is to try to bring others down to make yourself feel better.

“Do not overrate what you have received, nor envy others. He who envies others does not obtain peace of mind.”

2. “Who’s worse?”, the second of the three tales about envy

Now, this tale tells that, once upon a time, there was a distant country where the king wanted to know whether envy or stinginess was worse. He proceeded to call out the most envious and stingy men in the country to find out the answer to his question. Once these men were in front of the king, he said: “Each one of you can ask me for whatever you want but I’m going to give double to the person next to you.”

The stingy man felt very uncomfortable. By asking, he’d also be giving. Something similar happened to the envious man. As a consequence, the stingy man then said that he didn’t wish for anything. If the king didn’t give him anything to him, the person next to him wouldn’t get anything either. Then, it was the envious man’s turn, he said, “Please, I want you to take one of my eyes out.”

This is one of the most important tales about envy. As you can see, some people feel envy to such an extent that they’re willing to suffer if that means that another person will suffer even more.

There was a fisherman selling crabs near the beach. He had two buckets where the animals rested. However, one of the buckets was covered, while the other wasn’t. No one had noticed that until a woman came to see the merchandise and was curious about the difference. She thought that perhaps the animals were of different quality. Then, she asked the fisherman about the reason for this situation.

The fisherman noticed how confused the woman looked. For this reason, he decided to further explain himself. “You see, Japanese crabs escape easily. When one of them tries to get out, the others form a chain and help him, until he manages to run away. That’s why it’s necessary to put a lid on the bucket. On the other hand, the national crabs, as soon as they see that someone is trying to escape, grab him, and hold him so that it doesn’t succeed.”

The moral of the third of the tales about envy is that an envious person prefers to achieve nothing provided that others don’t either.

“Blessed is he who has learned to admire but not envy, to follow but not imitate, to praise but not flatter, and to lead but not manipulate.”

Expressing Negative Emotions Intelligently is Good for Your Health
Expressing your negative emotions when you feel them does not mean that you have to lose control.  Read more »
Link copied!
Interesting Articles
Stories and Reflections
I Still See You... from a Different Perspective