Three Kinds of Men You Should Never Date 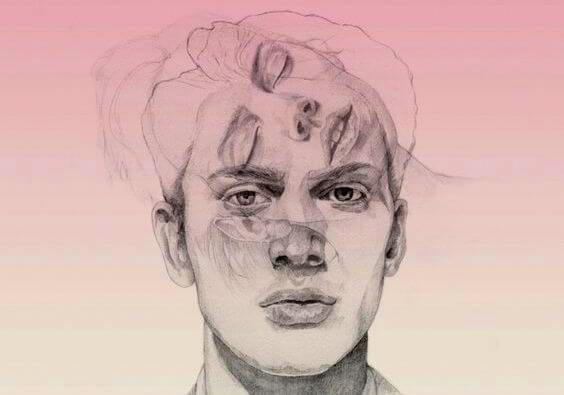 Neither men nor women are perfect. We are actually quite far from it. We are all full of defects and we go through times when we are really difficult to put up with, even for the people who love us the most. However, there are certain personality traits that are very detrimental for emotional relationships.

They have their basis in two main challenges: we never end up knowing a person completely, and people change. A man can seem absolutely charming in the beginning, but maybe later you have to ask yourself where that Prince Charming rode off to. Or the other way around: someone can seem completely dull and boring, but then over time, you find a hidden charm in them.

What is certainly true is that some people have a very ill-adapted way of relating with their affection and with that of others. Maybe they cannot love, or they cannot stand to be loved, or they are trapped in their own hell of guilt, resentment, or fear. In these cases, short of you working a miracle, the relationship will end up failing. So below we are going to show you three kinds of men that it is better for you to stay away from.

1. Men who go from one extreme to the other

This is the kind of guy who goes from the sweetest tenderness to the most violent aggression, often without there being any reason to have caused this change. You can never really explain what happened. One day they love you to death and drown you in flattery and kisses, but then the next day, they reject you in a caustic and sometimes cruel way.

They tend to be impulsive. Without realizing how, you start experiencing a profound ambiguity concerning them. You melt when they are showing their loving side. You can’t imagine a more affectionate and dedicated man. You feel like you adore him and that he is the one true love you have been dreaming about. Then, when that monster that sleeps inside him wakes up, you experience the complete opposite: rejection and even hatred because of his instability or fear because he seems unpredictable.

This kind of man is emotionally exhausting. They have a deep-seated conflict within them that they have not managed to overcome. They are rather self-centered and that is why they do not take into consideration the effects they are having on you. The truth is that they are not ready to have an emotional relationship with you, nor with anyone else for that matter.

2. Men who have a habit of lying

There are many forms of lying. The most obvious has to do with facts or situations that never took place, but living a lie, making promises and not keeping them, living with circumstances that you do not agree with — these are also ways of falling into falsehood.

The liar generally gives himself away, not by the way that he lies to you, but by how he does it to others. If he does it to others, you can expect he will also lie to you. Very often those lies are not easy to detect, because there are men who are true professionals when it comes to falsehoods. That’s why it is so important for us to pay close attention to how they behave towards others.

Someone who constantly lies is going to make it impossible for trust to bloom in the relationship. Soon you are going to find yourself doing exhausting detective work to trap him. Or sniffing through his things to see if he is cheating on you. It is impossible to build a relationship that is worth it with a compulsive liar.

3. Men who make you feel inhibited

That is the kind of men who make you feel as if you were always walking on thin ice. They tend to be very critical of what you do or say and even the way that you dress. This feature is specific to people who have great success or money and who simply want a companion who behaves precisely the way they wish.

The truth is that you always feel judged and generally put down. You think about everything twenty times before you say it. You measure up the way that you act when he is with you and you always have a tense attitude, which prevents you from being spontaneous. Suddenly, you turn into a very silent person when you are in his presence, or you speak, but you are always aware of the expression that he has on his face when you speak.

In the most extreme cases, these controlling and narcissistic men also end up being violent. They believe that the world and everyone in it, especially their partner, has to behave the way he thinks they should. His go-to is intimidation, whether this is with subtle psychological games or with direct physical pressure. You will never be able to be happy with this kind of man.

Link copied!
Interesting Articles
Personal Development
Learning to Set Boundaries: Why Is it So Important?

Learning to set boundaries doesn't mean defending your opinions and beliefs at all costs. Nor does it mean being sincere…

Wellness
Friends with Benefits: Does Sex with Friends Make the Friendship Better?

Wellness
Don't Run After Anyone Who Already Knows Where You Are

Somebody once told me a piece of advice that I could never and would never want to forget: don't run after anyone who…

Wellness
Depression Is Harder Than What Metaphors Say

People love using metaphors for depression. It seems that it inevitably brings us sadness, and sadness brings us to an ocean.…

Wellness
Explosive Anger is a Sign of Something Serious

We've all lost our temper at least once in our lives. You know the feeling. Anger takes over your thoughts,…