The Wandering Mind: Why You Should Know What it Is

Some Harvard scientists found that not concentrating on what we're doing leads to unhappiness. However, other researchers in Israel found that the wandering mind helps to better perform daily tasks. Which of them is right? Let's see! 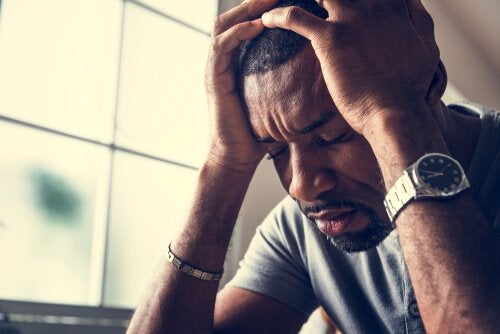 Everyone does thousands of actions automatically on a daily basis. Of course, this is completely natural and normal. Could you imagine what life would be like if you had to rationalize even the smallest daily activity? Undoubtedly, it’d be horrible.

Now, there are different kinds of daily activities; some are easy, while others require a little more effort. Well, sometimes it’s normal to let the mind wander during the activities that require focus. You’ve probably experienced this: you’re doing one thing while thinking about another at the same time. That scattered attention is known as the wandering mind.

The wandering mind is that kind of fuzzy thought that stands between the concrete situation you’re experiencing and the ideas that circulate in your head. It ranges from simple unfocused attention to full-on daydreaming. It occurs when you’re somewhat distracted and proceed to disconnect from what’s really going on around you.

There are different perspectives on this phenomenon. There’s evidence that the wandering mind carries negative consequences, both on the intellect and on the emotions. However, there’s also evidence that daydreaming has positive effects on an individual’s well-being. There’s no complete agreement on this, though. Let’s expand on this a bit more.

A study of the wandering mind

Researchers Matthew Killingsworth and Daniel Gilbert of Harvard University conducted a study in this regard. The main question they posed was “What are the great causes of happiness?” Through an app, they asked thousands of people around the world to answer questions over a period of time. They asked such questions at any time of the day, and the participants had to respond in real-time.

The most striking aspect of the study is that they established a correlation between that wandering mind and the feeling of unhappiness. In the researchers’ opinion, when someone wanders, what comes to their head is generally unpleasant thoughts. Those who can focus on the present moment are happier and less worried.

The advantages of the wandering mind

Moreover, some researchers of the Bar-Ilan University in Israel conducted a study on this subject. Apparently, they arrived at different conclusions from the study mentioned above. In this case, what they did was apply an electrical stimulus to the participants’ frontal lobe. It’s important to note that scientists had previously detected that said stimulus caused dreamy states.

At the same time that they applied such stimuli, they asked the participants to perform specific tasks. To everyone’s surprise, after the dream state, the volunteers did the requested activities more efficiently.

In the researchers’ opinion, mechanical activities make people easily distracted. Instead, daydreams, paradoxically, “awaken” intellectual activity. For this reason, the participants performed their tasks better after that stimulus that took them out of the present context, which was boring for them.

What does this mean?

At first glance, it may seem that both studies aren’t contradictory to each other. However, that may not be the case. They could both be right. Perhaps the determining factor is the present consciousness, both in the moments in which concentration is exercised, and in those moments in which the mind is left free to wander. In other words, the wandering mind can play in favor of or against concentration, it just depends on how the individual channels it.

Concentration is an exercise that consists of applying the mind to specific content. In other words, intellectual functions focus on a specific object. Now, this function is essential to properly perform some tasks, especially if they involve a high level of abstraction. As the Harvard study stated, if the subject doesn’t achieve this, there’ll be interferences that will end up concerning them.

However, if the subject were to stay focused on one point or the other all the time, they might easily get exhausted. Thanks to several studies, we now know that the mind needs repeated pauses for it to function properly. That means that either the individual makes those pauses deliberately, or the mind will do it on its own by seeking distraction. Therefore, concentration and the wandering mind seem to be complementary and not contradictory. Each of those functions contributes and subtracts, depending on the circumstances.

Sustained Attention: Concept and Theories
Sustained attention comes into play during many of your daily activities. It is important for processes related to vigilance or supervision. Read more »
Link copied!
Interesting Articles
Basic Psychological Processes
What's Synthetic Thinking and What's it Used For?

What's synthetic thinking? Before getting into details, you need to remember that thoughts are the product of the mind. They…

People tend to worry more and more about cognitive functions as they get older. There's a particular concern for future…