The Types of Libido and the Film Characters who Represent Them 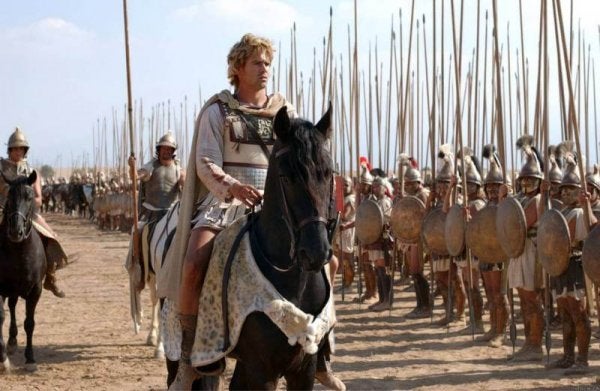 We all need to start to realize that libido isn’t just a sexual thing, like a lot of people think. It’s actually one of the most basic human impulses. We’re going to prove that here first-hand by talking about the different types of libido.

One of the most widely-accepted theories related to libido says that we develop an uncontrolled attraction towards ourselves (ego-libido) during childhood. It also says that this levels out as time goes on. After that, we start to focus on other people, because of our reproductive instincts. But once we get through that phase, we generally go back to focusing on ourselves.

Freud talked about three basic types of libido. They all lined up with one of the three regions of our psychic apparatus (the id, ego, and superego). You should remember that the id has to do with impulses (the most instinctive part of us). The ego is our awareness of ourselves and the consequences of our actions. Lastly, the superego is made up of our principles, morals, and the way we see ourselves. Now let’s look at the different types of libido represented by film characters, so you can see which one you identify with most.

One example of this kind of personality is Madame Bovary. She feels abandoned because her husband spends a lot of time away working. Since he doesn’t give her the attention she demands, she constantly looks for a lover to fill the gap. She falls in love with all of them.

To give an example with the opposite gender, the same thing happens to Maximiliano Rubín, who’s married to Fortunata (from the Spanish novel Fortunata and Jacinta which has had a lot of screen adaptations). He never wins his wife’s love, but he adores her more than anything. Dracula is another great example of a fictional character with this type of libido.

“I don’t understand why eating kills hunger, a bed satisfies tiredness, and water quenches thirst, but desire–what takes me over when I see your hands–must be filed away as evil in my brain’s filthiest drawer.”

Obsessives, distressed about being aware

These kinds of people have more of an internal dependence than an external one. These are independent, autonomous people who feel distressed about things they turn over and over in their head. That’s why they have a need to reflect and talk about what they’re feeling. A lot of these people also belong to the world of culture (filmmakers, actors, painters, etc…).

The “supergo” is in control with this type of libido. One example of it is Howard Beale (Network, Sidney Lumet, 1976). He’s an analytical, depressive person distressed by all the things going on the world.

Narcissists, concerned with their “ego”

We’ve definitely talked about narcissism before. The narcissistic type of libido goes along with people who are sure of themselves and hard to intimidate. They also don’t worry too much about being romantic, and they focus more on desire. Their sexual attraction towards themselves is always clear.

They can be very sociable people. It’s also not hard for them to be a group leader or revolutionary. Their confidence makes it so other people look to them for support. On top of that, they have a great ability to get themselves going and start something, but sometimes that takes an aggressive form. Both the “ego” and “superego” are important with this type of people, but the ego is the big aspect here.

One example of this is Commodus, from the movie Gladiator. He wants his father to see all his qualities, he only thinks about himself (and in a distorted way), and doesn’t hesitate to conspire against his father when he doesn’t get his way. Tony Stark, from Iron Man, also has a really elevated image of himself. That’s why he doesn’t hesitate to express his superiority around other people. It’s just the way he sees it.

Mixing the types of libido

You’re more likely to find similarities in the personalities of the people around you if you put together the three types of libido, because human beings aren’t exactly simple. That’s why you might run into erotic-obsessives, people who are dependent on wives, fathers, mothers, or teachers, and put morals above their instincts. Travis Bickle, from Taxi Driver, is a good example of this type. He obsesses over this one woman he can’t have, wants to be better (loved, desired, admired) and changes who he is so that other people will like him.

Erotic-narcissists have a really high image of themselves. They’re also people with a tendency for activity and aggressiveness. It’s similar with narcissist-obsessives. They’re independent, goal-oriented, and put their opinion above anything else, but never leave out their conscience. One example of this is Alexander the Great, who constantly fights in his battles because he wants to become a hero that will be remembered forever.

Sigmund Freud: Libido is About More Than Just Sex
Many of us only think of sexuality when we hear the word libido. For Sigmund Freud, however, this word has a much more complex meaning. Read more »
Link copied!
Interesting Articles
Psychology
Mercedes Rodrigo: Spain's First Female Psychologist

Psychology
Do You Know How Perverse Communication Works?

In order to destabilize an individual, you don't need to create a direct conflict or exert physical violence. The use…

A fertile imagination is the source of all creative thinking, which is even more important than knowledge. It's one of the main reasons why most people don't succeed– they haven't learned…