The Tip of The Tongue Phenomenon

It's on the tip of my tongue! How often do we experience this? In this article, learn all about this! 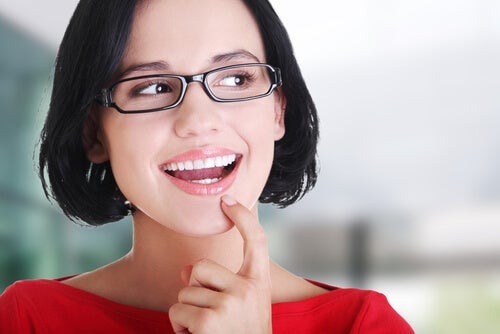 Imagine you’re sitting in front of the television watching a game show. Suddenly, there’s a question about a topic you know about. Although you really do know the answer, you just can’t remember it. You know that you know it! What’s going on? Why can’t your memory find it? This happens because there’s been some sort of blockage in the information recovery processes of your brain. It’s related to the tip of the tongue phenomenon.

In many cases, memory is an automatic process. The recovery of information from your memory in response to a stimulus is mostly an involuntary function. The effort is in the attempt to find the inner thoughts that allow us to retrieve the information.

The process of recovering memories is automatic. A certain stimulus results in an automatic response. For example, riding a bicycle, signing your name, or driving a car. Our memory helps us do these things automatically.

The tip of the tongue phenomenon

An important area of ​​research in this field is the tip of the tongue phenomenon. This is when there’s something you know that you know, but you can’t recover the information straight away. You can even talk about elements related to it, but the exact information eludes you.

The tip of the tongue phenomenon, when someone can’t remember a word or name they know very well, is an almost universal experience. When you experience this phenomenon, you feel that you’re on the point of remembering the word that’s been evading you, but it just doesn’t come.

Although you can’t find the word, you have the feeling that the word you can’t remember is on the “the tip of your tongue”. The lack of accessibility to the word and the feeling of imminence regarding its recovery are two of the key characteristics that define the tip of the tongue phenomenon.

The first studies on the tip of the tongue phenomenon

The tip of the tongue phenomenon has been studied in detail since the first empirical study on it was conducted in 1966. In this study, researchers observed that people could remember many things about the words they had on the tip of their tongues and that they could also recognize them as soon as they appeared.

Later, the researchers studied what was called the “ugly sister’s effect“. This effect is the repeated recovery of wrong or different words in the process of searching for the correct word in our memory.

The “ugly sisters” had a superficial similarity with the correct word. However, they were used more frequently than the word that couldn’t be remembered.

People try all kinds of tricks or methods to “unlock” the word. They check their internal and external world again and again in search for the answer. In some cases, we even try to go through the alphabet in order to find it. Then, when they stop trying too hard, suddenly the word seems to appear without a problem!

Curiously, researchers have observed that the clues or information that you offer the person who’s in this situation can actually have a negative effect. The person actually takes longer to remember the blocked word. In these cases, when the person searches their memory, all they can seem to remember is the clue you’ve given them.

What have we learned?

In the first place, the tip of the tongue phenomenon is a very common, and possibly universal, experience.

Second of all, the phenomenon occurs quite frequently, usually once a week. This frequency increases with age.

Third of all, it’s often related to names, either of people or places. People often seem to be able to remember the first letter of the word they’re looking for. They can remember the things that a person likes, their job, and their hair color… but not their name.

Fortunately, people seem to solve this problem at least fifty percent of the time. Thus, if you suffer from this phenomenon regularly, don’t worry!