The Sex Raft: An Odd Experiment

This experiment about sex and violence, called "the sex raft" didn't turn out the way its creator expected it to. He wanted to study violent and sexual behavior in humans during a confinement period. However, he discovered something very different. 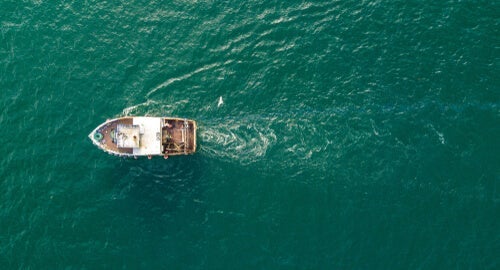 Santiago Genovés was a Spanish man who immigrated to Mexico when he was 15 to flee from the Spanish Civil War. In Mexico, he became an anthropologist. Along with his Norwegian colleague Thor Heyerdahl, he designed a famous experiment that many people considered a sex experiment. The sex raft was that, but not the way most people thought.

Genovés was always interested in exploring human behavior and took special interest in violence. Violence was what had led him to flee his country. He also experienced violence in November of 1972, when a radical group hijacked the plane he was on.

That hijacking gave him the idea of conducting an experiment on sex and violence. In animals, sex and violence go hand-in-hand. He wanted to know if this was also true of humans.

The raft of… sex?

Two years before the hijacking, Genovés took a trip from Africa to the United States with Thor Heyerdahl. They traveled in boats made of papyrus reeds. He wanted to prove that Africans could have made it to America just as well as Columbus. But what he realized during this voyage was that the open sea is a great place to observe human behavior.

That experience, along with the hijacking, made him firm in his desire to create a lab to study human behavior. He wanted to design a setting that was perfectly calibrated for conflict. It was also an experiment on sex. His hypothesis was that humans, like animals, associate sex with violence.

His final idea was to build a small boat with very little space. A group of volunteers would set sail for 101 days straight. They wouldn’t be allowed to quit. Genovés personally selected all the lucky crew members. He tried to pick people who he believed wouldn’t be compatible.

This small boat left the Canary Islands and headed to Cozumel, Mexico. The volunteers consisted of six women and four men. Genovés gave the women positions of authority. All the men had minor positions. He believed this would create even more friction.

Ultimately, the press ended up speculating about the experiment. It didn’t help that Genovés gave no details about his project. It was crucial for him to keep his goals secret so that the volunteers would behave in spontaneous ways. This led the press to assume his “human laboratory” was simply a sex experiment.

At sea, things didn’t go exactly the way Genovés had expected them to. In the end, the only person on the voyage who displayed any form of aggressive behavior was Santiago Genovés himself. He became frustrated when none of his hypotheses came true. Meanwhile, the volunteers built peaceful relationships with each other.

There were some sexual interactions between the volunteers but not enough for it to be considered a sex experiment. Also, Genovés discovered that no association between sex and violence took place on the raft. Since he was frustrated about how the experiment went, he arrived at their destination in quite a bad mood.

Years later, the volunteers met up to talk about their experience on the “sex raft”. Apparently, they had all fantasized about murdering Genovés. Some even thought about how they would do it. None of them could stand him because he became authoritarian. The volunteers, on the other hand, ended up forming bonds of solidarity and friendship.

The truth is that this experiment wasn’t well-designed. Genovés’ automatic association of animal behavior with human behavior may not have been scientifically valid. All that being said, the experience was so strange and unique that a movie based on it, called The Raft, premiered not long ago.

The Experiment: Human Nature
The Experiment is a German movie from 2001 that is based on a play called The Black Box. It is related to human nature. Read more here! Read more »
Link copied!
Interesting Articles
Stories and Reflections
William Wilson: An E.A. Poe Story that Makes You Think

Culture
6 Things That are Better Kept Secret According to Hinduism

Hinduism says that sometimes, silence is the best ally. There are things that are better kept secret. Your hopes, goals, and…

Today, we'd like to tell you about Eleanor Roosevelt, a quite remarkable woman. She was a key figure in many…