The Serotonin Transporter Gene and Depression

Several studies in recent years have linked the SLC6A4 serotonin transporter gene and its 5-HTTLPR polymorphism to depression. However, a more recent report ruled out this link and has opened up possibilities for new research in this area. 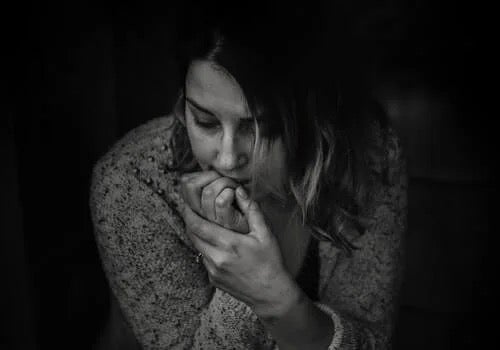 Experts think that several factors cause depression. However, they recently considered two of them to be of particular importance. The first factor was a genetic variation in the serotonin transporter gene SLC6A4. They considered that this variation increased the risk of depression.

Secondly, they considered environmental influences. These might be negative or traumatic events in a patient’s life. Such events can make them develop depression. However, at the end of the day, experts think that a combination of the two factors is a more likely cause.

They found that not everyone who suffered a traumatic or negative event in their life developed depression. However, when they suffered these kinds of events in combination with the variation of a specific high-risk allele in the SLC6A4 gene, there did seem to be an increased risk of depression.

Serotonin is a neurotransmitter. It plays a role in many cognitive functions and physiological processes. Serotonin is a chemical derived from the amino acid tryptophan. There isn’t much serotonin in the brain. It’s in areas like the midbrain and the hypothalamus.

As we mentioned above, there’s only a small amount of serotonin in the brain. However, its levels affect your mood and some of your behavioral patterns, like sleep and sexual desire. Furthermore, when you’re depressed, the levels of serotonin in your brain are reduced.

Studies on the serotonin transporter gene

SLC6A4 is the serotonin-transporting gene that experts associated with depression. In fact, more specifically, it’s the 5-HTTLPR polymorphism of this transporter gene. Indeed, it seems that, in certain cases, some people who have slight DNA variations might be affected by the protein that the SLC6A4 gene produces.

During the 1990s, several studies suggested that people who carried two or more short alleles of this particular gene were more likely to develop depression.

In 2003, Dr. Caspi and his team presented another study. They linked the effects of genotype 5-HTTLPR with depression. They suggested that there was an interaction between the gene and the environment. In fact, they claimed that people with at least one short allele of the gene developed a more severe depression when experiencing a negative event than people with two long alleles.

However, Dr. Caspi also suggested that people with one short allele of the gene didn’t develop depression when there was no negative or traumatic event. In other words, both genetics and environmental situations play a role. These results prompted a lot of interest in the SLC6A4 serotonin transporter gene and 5-HTTLPR polymorphism over the following years.

In 2009, Dr. Risch conducted a meta-analysis. He disputed Dr. Caspi’s results. Dr. Risch continued to associate traumatic and stressful events with depression. However, he concluded that genotype 5-HTTLPR had no effect on depression. Neither did it interact with environmental factors.

Despite Dr. Risch’s findings, experts continued to publish hundreds of reports concerning the gene SLC6A4, its polymorphism, and its links to depression, over the next few years.

In 2019, a new study ended the transporter gene and depression controversy once and for all. Richard Border carried out this particular study. He reviewed data from a hundred thousand subjects. He collected extremely compelling evidence. In fact, he completely ruled out that the variation of the SLC6A4 gene polymorphism had anything to do with depression. Furthermore, he claimed that there was no statistical evidence to link depression with the interaction of the genotype with the environment.

Serotonin continues to be linked to depression

Border didn’t rule out the relationship of serotonin levels with depression. However, he did rule out the link between depression and genetic variations of SL6AC4 and its 5-HTTLPR polymorphism. This means that there’s a research gap regarding the possible genetic causes of depression. Therefore, experts must carry out future research in this area, adopting new perspectives. This gives you some idea of just how complex mental illness is.

Any such research must take the complexity of psychological disorders and their biological correlates into account.

Serotonin Syndrome: Symptoms and Treatment
Serotonin syndrome is a clinical condition associated with an adverse reaction to antidepressants. How does it affect us and how do we treat it? Read on! Read more »
Link copied!
Interesting Articles
Research
Brain Tsunami: What Goes on in Your Brain Before You Die