The Relationship Between Voice and Personality

Some therapists, such as psychologist Alfred Tomatis, argue that improving the voice has a positive effect on personality. That is, working on the voice to improve it may be a way to make deeper changes in personal characteristics that are considered a problem or that limit a person. 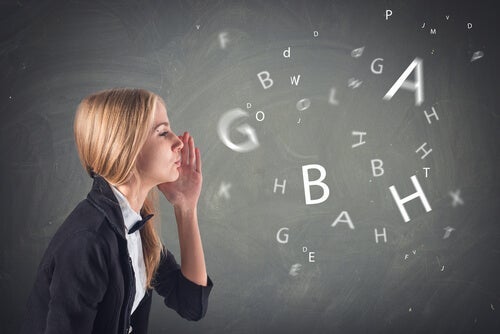 In recent years, research has been conducted to study the relationship between voice and personality. It seems that voice contains different personalities at times. Psychoanalyst Malden Dolar claims that, through the voice, we can express the side of us that we want others to see, the side we want to hide, and a side of us we don’t even know.

We must recognize that our voices enjoy a certain degree of independence. We’re not always aware of what we’re transmitting through it. The voice actually hides a number of emotions and personality traits. It does this through tone, speed, resonance, and other factors we’ll see below.

But there’s also another side to this. From a “listener’s” point of view, the voice is a very useful tool when it comes to getting an immediate, unconscious idea of the person in front of them.

A human being needs just 390 milliseconds of voice in order to get an idea of a person’s personality, and we do it without even realizing it. These were the results obtained by Phil McAleer and his colleagues from the University of Glasgow. This fact seems to be due to evolutionary factors that the human being developed in order to get an idea of whether they could trust someone or not.

The tone and speed of the voice

But whatever the situation, the tone of voice hides some of the most important personality traits. Low voices tend to belong to people who are more energetic, confident, and even authoritative. While high-pitched voices show people who are more dependent, insecure, and less energetic.

Verbal fluency has also been linked to mental quickness. If a person speaks too fast, then they could be hiding a need to hide information, and this creates anxiety and tension. If they speak too slow, then it conveys a lack of interest. When someone deliberately tries to hide their true personality, then the speed of speech sounds unnatural and occurs at too regular a rate.

These are two other traits that provide a lot of information about a person’s personality and emotional state. Regarding resonance, laryngopharyngeal resonance can tell us about tensions, problems with emotions, and even aggression. However, nasal resonance comes from more emotional people. Oral resonance is associated with narcissistic personalities.

The articulation of the voice is linked to a person’s relationship with others. When it’s vague or imprecise, it can project an image of falseness and suggest poor mental organization. If it’s too exaggerated, then it may suggest narcissistic personality patterns.

We also know that if someone is free from illness or internal problems, and when they want to be understood with clear ideas, their articulation is well- defined.

Vocal extension is the number of different notes a person is capable of emitting. It’s mainly related to character and can be used to display people’s emotions. A restricted vocal extension denotes rigidity of character, an excessive control of emotions, and little sense of humor.

If the vocal extension is wide, then it conveys joy and empathy, but if it’s wide and uncontrolled, it suggests a lack of emotional control.

The intensity of the voice is what can show us how someone manages their limits and boundaries, both personal and otherwise. Low intensity usually accompanies a lack of assertiveness. However, in the same way, it can be a sign of shame or guilt. High intensity may correspond to a lack of control over high energy emotions, such as joy or anger.

We’ve seen how different voice characteristics can give us information about a person’s personality and emotional condition. The voice is a human personality barometer. Every time we speak, we activate muscles that belong to the central and peripheral nervous systems, systems that play a role in emotional management.

People say that the face is the mirror of the soul. However, as we’ve seen in this article, the voice can also be a mirror. In this sense, the work of therapists, such as psychologist Alfred Tomatis, is very eye-opening.

They argue that improving voice has a positive effect on personality. In other words, working on your voice to improve it could be an avenue for deeper changes in areas of your character that limit you or that you consider to be a problem.

What Does Your Tone of Voice Convey?
Tone of voice is one of the most influential elements of communication. Some revealing factors are: timbre, volume, speed, clarity, projection, etc. Read more »
Link copied!
Interesting Articles
Personality Psychology
Episodic Acute Stress: Reocurring Anguish