The Reader: Traumas, Secrets, and Passion

The Reader is a 2008 film directed by Stephen Daldry which helps us reflect on many things. Read all about it in this article! 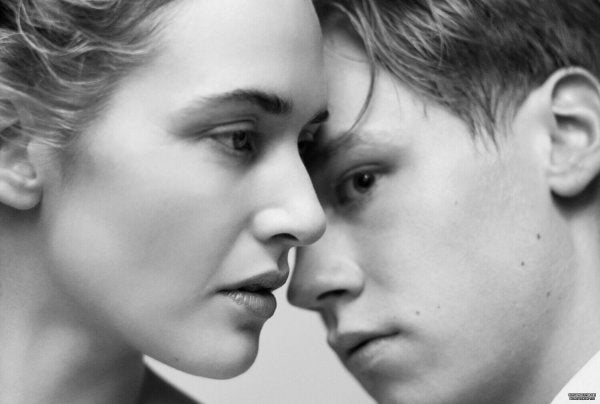 The Reader is a 2008 film directed by Stephen Daldry starring Kate Winslet, Ralph Fiennes, and David Kross. This movie is an adaptation of Bernhard Schlink’s homonymous work. The Reader helps us reflect on many things.

We all know that the Holocaust has inspired countless films and novels. However, The Reader doesn’t take us to the Holocaust itself but to many years later, when some of the protagonists faced judgment and condemnation. In addition, the story that the film presents goes far beyond the drama of World War II. It focuses on two characters specifically.

The film shows a memory that the main character, Michael Berg, relives. During his youth, Michael met Hanna, a strange woman he developed a unique sentimental relationship with.

The Reader begins with an adult Michael remembering this woman and their encounters during his youth. Mysteriously enough, he didn’t even know her name at the beginning of their relationship. The film is dark, slow, and mysterious, like Hanna herself.

It has a remarkable plot twist that leads to a very different story. Due to this plot twist, I’m forced to share some spoilers throughout the article. Thus, I don’t advise you to continue reading if you haven’t watched the movie yet.

The Reader doesn’t have a linear plot. Instead, it sways from flashbacks to present events. Michael can’t seem to accept his past but can’t detach himself from it at the same time. That way, this film inspires reflection. We all have a past and stories not many people know about. Our life is an ocean full of secrets, experiences, sensations, and people who marked us. As much as we try to forget and detach ourselves from it, our past is part of who we are today.

The Reader shares Michael and Hanna’s story and encourages the viewer to discover their secrets.

Hanna and Michael met randomly in the 50s when he was a teenager. At that time, Hanna was twice his age. Without even knowing their respective names, they begin a strange relationship based on sexual encounters and lackluster conversations. Michael, being the teenager that he was, was going through a self-discovery journey and had never been with a woman. Experienced Hanna, on the other hand, always set the standards in their sexual encounters.

Sometime later, Hanna tells Michael that he must read for her. Literature deeply interested him, so he started bringing books to their encounters. Hanna listened attentively to the stories that Michael read, but she never grabbed a book herself.

As soon as they got to know each other, they never spoke of their past nor of their present. Their relationship was completely surreptitious. They only shared books and beds.

Hanna seems reserved, but strong-willed. Up to this point in the movie, the viewers understand Michael but not Hanna. After all, the only thing they’ve learned about her thus far is her name.

The film begins with a teenager’s sexual awakening. It transmits that first youthful sexual desire, wanting to discover one’s own body, and being in love for the first time. However, it ends up unmasking the two main characters and questioning some aspects of their pasts.

The Reader and shame

Michael and Hanna cross paths again many years later. By that time, Michael is no longer that naïve teenager who was too shy to ask questions. On the contrary, he’s a confident law student.

From this moment on, the film takes a more serious turn because the truth comes to light. It shows a trial that seeks to condemn some of the women who worked as “guards” at Nazi concentration camps during the Holocaust. Michael assists this trial with his colleagues and professors from the university and sees that Hanna is one of the defendants.

Unlike the other defendants, Hanna doesn’t try to defend herself. As a matter of fact, it seems like she doesn’t understand the gravity of the situation. Many questions go through Michael’s head. He asks himself if he really knows the woman who’s sitting in front of him and why she doesn’t feel any remorse. Then, he finally realizes Hanna’s big secret: she’s illiterate. This is why she was so incredibly ashamed to the point where she preferred to lie and face prison time. Hanna built a fake image of herself, a mask under which she hid her secret.

The rest of the defendants were willing to do everything not to go to jail. Therefore, they implicate Hanna in a manuscript she supposedly wrote to make her seem guilty and responsible. Not one person knew that she couldn’t have written it due to her illiteracy. However, she decides to confess just to avoid undergoing a handwriting analysis.

Basically, Hanna felt ashamed about her illiteracy but not about the fact that she was a guard at a Nazi concentration camp during the Holocaust. Michael couldn’t fathom this. Hanna doesn’t deny her involvement with Nazism nor her illiteracy even when that was her get out of jail free card.

Consequently, Michael makes an effort to understand Hanna and discover who she really is. At that moment, we can all identify with Hanna’s feelings of facing her biggest fear and Michael’s disappointment when he discovers that she made young Jews read for her, just as he did for her back in the day.

At that point in the film, the viewers certainly don’t hesitate to judge and condemn everyone who participated in such crimes. Nonetheless, we seem to forget that there’s another side to everything.

Illiterate Hannah lived by herself and surely knew that she could never get certain jobs. Nazism represented prosperity and work and, for Hanna, being able to work as a guard represented status. Not only illiterate people were seduced by Nazism ideas, but also some thinkers like Heidegger (who later retracted) or poets such as Ezra Pound, whose deep admiration for Mussolini led him to collaborate in propaganda and move to Italy.

In the film, Hanna stated that she had a job and, therefore, an obligation. She affirmed that she limited herself to obeying orders and fulfilling her duty without considering the consequences of her actions.

The Reader exposes a complex and difficult-to-address issue. It also allows us to reflect on the past of these two characters and how it affects them in the present moment and on the nature of one of the vilest crimes of humanity.

5 Films That Will Leave You Thinking for Days
Here are 5 movies that will leave you thinking. Next time you're in the mood for an inspiring or motivational film, any of these will make the cut. Read on! Read more »
Link copied!
Interesting Articles
Cinema, Television, and Psychology
This Video Will Teach You to Value Yourself