The Psychology of Soccer

Memory, concentration, coordination, and mood are just some of the essential elements of the psychology of soccer to consider when playing. 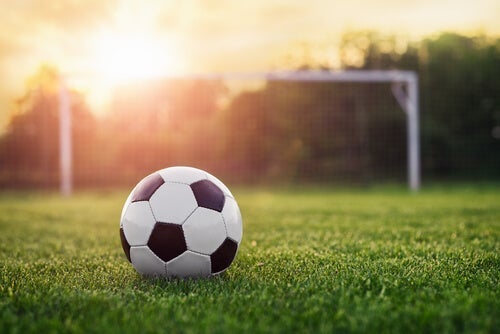 Playing any sport involves a lot of psychological elements. Some examples of these are concentration, memory, coordination, and mood. It’s true that you need all of these elements in all physical activities. Nevertheless, they rise to a certain complexity level in team sports. That’s why we decided to focus on the psychology of soccer in this article. Keep in mind that the aspects we’ll go over here are equally valid in many other types of team sports.

Let’s start with the framework. What’s sports psychology? You might think of this as the label that includes all psychological aspects that influence sports play. These factors, in turn, are closely related to performance. Furthermore, they’re connected to the way in which you face, within the context of competition, the difficulties that the circumstances, your rival, or your own mind create during play.

The psychology of soccer and the relationship between coach and athlete

One of the most important aspects of football psychology is the relationship between the coach and the athlete. The coach is very important, as they help individuals bring their talents together for the team.

The coach is the one who’s going to outline the strategies the players need to follow. They’ll be the ones to establish training plans and, on occasion, resolve conflicts. As such, their work goes far beyond just tactical training. The coach is so important that their work can decide the future of the team. A good coach’s input will make a team much stronger, whereas a bad coach’s involvement will make it weaker.

In terms of the types of relationships that could exist between coach and athlete, a coach-athlete relationship can either be positive or negative.

When the relationship between these two parties is positive, it’s easier for the coach to reinforce all of the players’ behaviors that are in tune with that of the team. This, of course, gets them closer to their goals. Constructive criticism and psychological support are important elements in this type of relationship.

On the other hand, you might find a negative relationship between the coach and the athlete. That happens, for instance, when the coach tries to correct their players’ errors through non-constructive criticism or punishment. This type of dynamic may end up undermining the confidence of the player. They might be able to understand the objectives set for them on a logical level, but the coach has ceased to become a helpful figure in attaining them.

Beyond these two types of relationships, there are a series of factors that are important to help explain player psychology. When the coach can make appropriate use of these, they can be positive. Otherwise, these will be negative:

The psychology of soccer: aspects to consider

Motivation, self-confidence, and concentration are important elements in the psychology of soccer.

The importance of sports psychology in soccer

Attention is one of the most important aspects of soccer. At the end of the day, it’s the game itself that makes a player’s position good or bad at any given moment. Their ability to read the game will depend, in a large part, on how much attention they’re paying to it.

The points we covered in this article are just some of those in which sports psychology can provide a group or coach the tools to reach their objectives. Whatever the case may be, in terms of physical and tactical qualities, the differences among teams are getting smaller as time goes on. Factors such as psychology are often proving to be the deciding factors between teams.

Team Sports and Personal Development: How Are They Related?
Read this article to learn the many benefits of participating in team sports for all ages. They help develop many personal aspects. Read more »