The Psychological Implications of Physical Distance

Appropriately managing distance in your life involves knowing who and what to keep close and when to set boundaries. 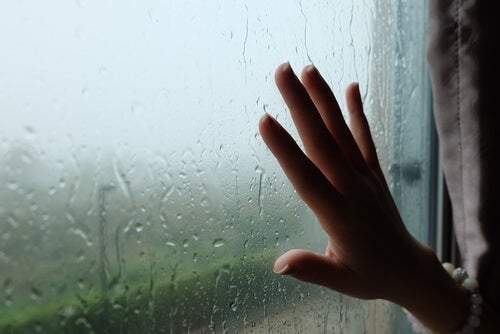 For humans, physical distance also has psychological implications. We see evidence of that in common colloquial expressions such as “Keep your distance” and “We’re close”. We also talk about “distancing” ourselves from situations or “staying away” from things that negatively affect us.

In physical terms, the subject of distance is also very relevant. Every individual has their own space, and they deal with it in a specific way. You need different degrees of physical distance in your social relationships, for example. Your body occupies a certain amount of space and that has implications in your life.

“Cell phones allow you to stay connected… by keeping you at a distance.”

Distance is a concept that also applies to objects and their effects on the human psyche. The way you feel in a room full of things is very different from being in a sparsely decorated room where everything is far apart from each other. Let’s delve a little deeper into these ideas.

The effects of physical distance

The most evident expression of distance is on the physical plane. Physically distancing yourself or getting closer is a manifestation of emotional distance or closeness. This is evident not only in how far away or close you are to someone else but also in gestures, tone of voice, and posture.

Researchers Lawrence E. Williams (from the University of Colorado) and John A. Bargh (from Yale University) conducted an intensive study on the subject. They concluded that perceptual and motor representations of physical distance influence people’s thoughts and feelings.

In other words, physical distance has an impact on people’s judgment and emotional state. In their study, Williams and Bargh offered incentives for people to put physical distance between themselves and people they were very close to before. Over time, they showed that this distance had affected the emotional attachment they had.

The findings of this study have repercussions in different aspects of human life, such as conflict. One result of their experiments suggested that feelings of distance can moderate the emotional intensity of stimuli. In other words, the things that are far away affect you less.

This supports the idea that physically distancing yourself from things that affect you negatively is effective. Distance moderates the influence of the person or situation in question. Consequently, it diminishes the intensity of your feelings and allows you to see things more objectively. Physically distancing yourself from difficult people or spaces helps put those conflicts into context.

That being said, for human beings (and some animals), proximity and distance are also emotional and cognitive issues. You can be physically far away from something or someone and have a closer and more intense connection than if they were standing an inch away. The opposite can happen as well. You can be physically close to someone or something but lightyears away emotionally speaking.

Distance in the subjective world

If you want to cut ties with someone or something, physical distance is only the first step. There’s no doubt that it will significantly affect the connection that you have with that thing or person but distance alone won’t eliminate the connection entirely. For that to happen, you also have to emotionally distance yourself.

If you want to feel emotionally close to someone, physical closeness is also important. That means being physically present in their life. Not just to them but also with hugs, words, and caresses, among other expressions. Emotional closeness, on the other hand, involves having that person on your mind and getting close to their inner world through conversation.

Likewise, if your goal is to distance yourself from someone emotionally, you should first distance yourself physically. You need to stay away in every sense of the word. Stay far away in a physical sense but also unfollow them on social media and try to stop thinking about them constantly. That helps give you emotional distance and reduces their influence on your life.

Distance Doesn’t Mean You Have to Forget
You know that I'll always love you and listen to you whenever you need me. We can shorten the distance with our words.Distance leaves behind an empty space Read more »

Jealousy among friends is fairly common. Sometimes it's innocent, the result of emotions as human as they are normal. In other cases, it can be toxic. Jealousy can be the…