The Psychological Effects of Tik Tok

Tik Tok videos only last a few seconds, but they're creative and even moving. They're becoming almost indispensible for those of a certain age. However, what psychological effects does this famous app have on young people? 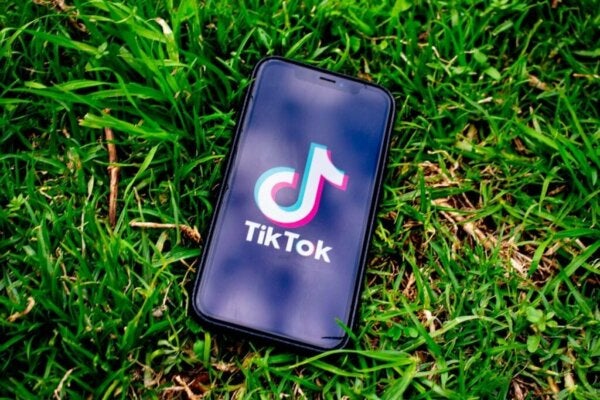 Generation Z (young people born between 1997 and 2015) are obsessed with Tik Tok. If you’re not familiar with this social media app, you should know that a Tik Tok user recently managed to plan and execute a boycott of a Donald Trump rally in Tulsa, Oklahoma. All they did was ask people to reserve seats for the event, and then not show up.

The campaign was wildly successful. About 14,000 of the 20,000 seats in the venue were empty on the night of the event. Trump had to do his rally in a nearly empty stadium. It was a powerful message to Trump and his followers, but also a sign of just how popular Tik Tok has become. The popularity has been heightened perhaps due to users’ growing mistrust of Twitter, Instagram, and Facebook.

What’s so special about this Chinese app that’s barely four years old? Well, it’s dynamic, fast, and creative. It adapts perfectly to this ephemeral age we’re living in where nothing lasts. Things pop up and disappear just as quickly. Tik Tok is designed for this type of consumerism based on image and immediacy.

In a nutshell, Tik Tok allows users to create unique videos that last between 15 to 60 seconds. They use hashtags, you can tag people, leave comments and likes, etc. The most attractive thing, however, is that someone with only a few followers can still go viral.

If you consider Tik Tok a simple app that plays videos, you’re way off track. It’s very different from YouTube and has little in common with other apps that you’re used to, such as Instagram. It’s a window into a world in which it’s hard to tell what’s going on because everything is moving very fast. But it’s ca0ptivating. You find yourself almost instantly hooked.

Videos play automatically, you don’t have to click on them. It doesn’t give you time to do anything else. The design is strategic, of course. They want you to watch one video after another. Unlike Facebook and other social media platforms, there’s no static home page. As soon as you activate your profile on this network, viewing is automatic. As soon as a video ends, another starts playing.

It’s a whirlwind of content. You can see original dances, parties, exercises, jokes, cute pets, singers, people giving tutorials, and scenes from movies. Tik Tok is all of that and more. The possibilities are endless, and it all depends on the creative originality of each user.

Many people are wondering about the effects this format has on the viewer. Parents who may not be familiar with the ins and outs of the app are especially concerned, considering its popularity with adolescents. Let’s take a look at some of the psychological implications of using Tik Tok.

This app maximizes the creative abilities of its users, that much we know for sure. You can create original videos and add music, filters, special effects, etc. The app enables playback, slow motion, and quick and easy editing.

The results can be amazing. Also, because any video can go viral no matter the number of followers you have, a new goal among young people is to be a Tik Tok star.

What effect does this have on the user’s mental health? Well, the answer is more complex and profound than you might think.

Tik Tok is the perfect platform for creating addicts

Any technology, application, program, or virtual platform has incredible benefits and dangerous downsides. Again, everything depends on how you use them. Social networks such as Tik Tok are attracting more and more young people through incredibly clever artificial intelligence that creates addicts en masse.

Its strategy is to practically hypnotize the user so that they’ll stay connected for hours. Maybe you start by watching a cover of a song from your favorite artists, and then you see a dancing cat, a teacher doing a science experiment, and twins dancing. Later, the app shows you a cooking tutorial, a funny baby, and a group of friends playing a prank on someone.

The stream of videos is endless, and you never have to search for anything. The algorithms and the platform’s artificial intelligence does it for you. All of that, as you might imagine, creates passive, addicted users. Consequently, they have trouble planning, focusing, or thinking about anything that isn’t Tik Tok.

We’re at a point in time when many young people are understanding their world and their reality through this screen. It’s a dynamic world that’s constantly changing, but it gives them tunnel vision. They don’t care what’s happening around them. In fact, they sometimes don’t even notice it. Therein lies the real danger.

Appropriate use of this technology makes all the difference. That’s where the line is drawn between original, healthy entertainment and suffering and addiction. We should all keep this in mind because no one is immune but parents should be especially mindful of their children’s use of social media.

More and more people are spending time outside, even if it's just to go for a walk. The number of…

What would life be without friends! Without that support when we're sad... that laughter with the power to turn an ordinary day into an unforgettable memory. Friends are wonderful, and…