The Pros and Cons of Permissive Parenting

At some time or another, every parent has wondered if they're being too strict or too lax when it comes to raising their children. Whether you tend toward one extreme or another, it's important to consider the innate character and disposition of the individual child. But when does permissive parenting become a problem? 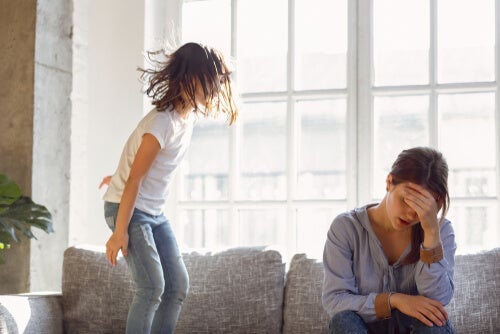 While permissive parenting doesn’t have to be a bad thing, it isn’t necessarily the best foundation for raising a child. This is especially true in extreme cases, where this relaxed approach isn’t countered by other factors, such as a strong parental influence or open communication.

Whether you choose to opt for one approach or another, experts such as Dr. Jeff Nalin (founder of the Paradigm Treatment Centers) maintain that children need to know who’s in charge. They need this point of reference so that they can understand what they can and can’t do.

Some excessively permissive parents may choose to remain silent, avoiding setting certain boundaries out of fear that their child may react badly, frustrated that they’ve finally been told no, and won’t get what they want. When this happens, the boundaries set by others, other than the parents, that is, gain more weight, becoming increasingly important.

But what’s a permissive parent actually like? They’re fairly easy to spot. They’re usually kind, affectionate, and attentive toward their children. Due to their inability to set boundaries, they form family groups with no solid structure, where chaos and improvisation prevail. They try to impose as few restrictions as possible, making the child’s own wishes a priority.

In many cases, this lack of rules means that the child is unaware that rules even exist. They see their parent as a friend, rather than an authority figure. The issue is that the parents themselves tend to prefer things this way, enjoying the lack of conflict, regardless of the uncertainty or confusion these vague boundaries produce.

The benefits of permissive parenting

Despite all that, a more permissive parenting style does have its advantages. According to Dr. Nalin, it can be particularly beneficial for children who develop a strong sense of responsibility and independence early on. For example, having the freedom to explore may encourage the child to face challenges earlier in life. This gives them room for unfettered growth.

Generally speaking, many of the children who grow up in this kind of environment end up generating their own pillars of security. They adopt an adult approach, in the sense that they begin to look to the world and wider society for guidance as to what they can and can’t do. For many, typical childhood fears no longer exist and they’re less likely to allow others to infringe on their rights.

In addition, with fewer limitations and plenty of time to do the things they enjoy and are passionate about, these children tend to be quite creative. They may also show a certain knack for learning new things. They lose their fear of punishment and, as a result, their fear of failure. If things don’t work out the first time, they simply try again.

The flaws and pitfalls of permissive parenting

However, there are also some downsides to consider. For example, these children may demonstrate a lack of respect for the social norms that form the basis of peaceful coexistence. These aren’t strictly necessary, but they’re designed to make society more pleasant for everyone. If the child doesn’t embrace these norms, they may find it difficult to integrate socially.

Children with permissive parents have also been shown to be more susceptible to early anxiety. This is because they find it difficult to work under the pressures of external standards. They may have trouble working to a schedule, following orders from superiors, or handling conflicts with those they don’t get on with.

There are a number of different variables that can influence a child’s growth and development. One of the most influential factors is the predominant parenting style they grow up with. How beneficial or detrimental a parenting style is depends on a number of factors, including the child’s own personality.

A responsible child who enjoys their own independence will grow best when parents avoid imposing stricter norms and rules than the child imposes on themselves. However, this approach can be counterproductive in impulsive or rebellious children.

To Consult with Your Kids on Everything is Not Democracy, It’s Bad Parenting
The new pattern of parenting is an attempt to produce perfect children. Read more »
Link copied!
Interesting Articles
Educational Psychology
Children's Drawings: A Window to Their Inner World