The Proliferation of Pseudoscience

The proliferation of pseudoscience is dangerous for two fundamental reasons: it endangers your health for profit. 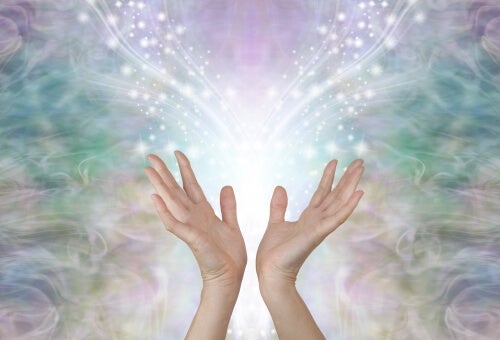 It’s hard to believe that the proliferation of pseudoscience is the order of the day in an increasingly connected and seemingly well-informed world. Some myths are so common they even permeate the media, where one would expect a certain level of critical thinking.

The proliferation of pseudosciences is currently on the rise. This is dangerous. Not because everyone’s entitled to believe anything they want but because there’s a real danger to one’s physical and psychological health.

Due to the seriousness of the situation, some institutions have published a list of practices that have no scientific basis. In it, they classified 73 pseudoscientific therapies, 66 of which are currently under study. The aim is to inform the population so they can make responsible decisions.

What exactly is a pseudoscience?

Branches of pseudoscience have a common characteristic: the scientific method can’t prove them. Thus, they have no basis on scientific theories and experiments. On the contrary, these disciplines support their effectiveness in the claim that they’ve worked for some people.

A survey by FECYTT obtained some alarming data: approximately 50% of those surveyed believed in the effectiveness of homeopathy. This obviously can lead to serious consequences in a person’s health.

In general, the claims presented by pseudoscience are:

They don’t have systematic study and experimentation procedures. Often, they only mention the scientific data that’s favorable to them. There’s a clear example in the mathematical development of the Modern Flat Earth societies that are currently defending the belief that the Earth is flat.

Other popular pseudosciences out there are astrology, numerology, and crystallography, among others. None of them resort to the scientific method to corroborate their hypotheses and turn them into theories. There’s no scientific proof.

The proliferation of pseudoscience in the 21st century: the anti-vaccine movement

The anti-vaccine movement is one of the most common cases of pseudoscience in this century. These are some of the most important medical advances in human history and denying their overall effectiveness is naïve and dangerous.

Vaccines prevent between two and three million deaths every year. For example, between 2000 and 2010, measles mortality decreased by 74%.

A study published in 1998 linked a vaccine to autism. However, the scientific community discredited it shortly thereafter. This is what fueled the arguments of those opposed to vaccinating their children.

People argue that it’s a personal choice, as unvaccinated people are the ones who would suffer the consequences. However, the other side argues that vaccines work in groups and not individually: herd immunity. Therefore, a large group of unvaccinated children would alter the immunity of their entire community.

Other pseudosciences out there

Astrology is another pseudoscience people consume daily almost without realizing it. Early TV shows and newspapers often have a daily section with predictions based on your horoscope or tarot card.

In this regard, almost everyone knows what their zodiac sign is. It’s definitely attractive to think that the location of the stars on the day you were born determines your personality. Somehow, this inclination is part of the idiosyncrasy of the human mind.

Scientists claim the location of the stars on the day in which a person was born have nothing to do with your way of thinking or being, as astrologers claims. Either genetics or the environment you grew up in play a role in who you are.

How to counteract the proliferation of pseudoscience

The most effective way to counteract pseudoscience is through education. Sadly, there are thousands of pages on the Internet with an attractive, seemingly technical, and scientific interface that, in the end, are just another scam with the intent to profit from your ignorance.

A study from the George Washington University published in the American Journal of Public Health states there’s a lot of false information in social networks about pseudosciences and their effects.

Therefore, you must learn to differentiate the sources from which to extract truthful and adequate information and that you should reject.

Thus, this exercise must begin early in school at the age in which children are still vulnerable to other people’s opinions. People can still acquire critical thinking if they didn’t get a chance to do so during their childhood. However, the longer it takes you to do so, the more susceptible to fraud you’ll be.

As you can see, education must be backed by consistent legislation that penalizes those who try to profit from the pain of others. In this regard, the worst kind of pseudoscience is that which keeps people away from effective methods that could really help them.

This community has much to say in this regard. They’re the first to reject pseudoscientific articles and to displace charlatans from universities, laboratories, and congresses.

Finally, the hard sciences must respond appropriately and put an end to these movements. This is because allowing them to flourish means harming one’s scientific status.

Ultimately, putting an end to the proliferation of pseudoscience is everyone’s task. Only when we succeed in this will we achieve a true quality of life based on truth and freedom of choice.

Fake Scientific News: Detect it with These Six Steps
Now, more than ever, fake scientific news acts like a dangerous virus. These clues that we bring you can help you identify it effectively. Read more »
Link copied!
Interesting Articles
Psychology Today
Living with a Chronic Illness during the Pandemic

Psychology Today
The Fear of Insignificance, a Current Epidemic

Fear of insignificance is a current epidemic. You have a tendency to compare yourself with others which might then make…

On many different occasions, people have compared the way computers process information with the way the human brain does. Both…