The Pandemic Through the Eyes of Yuval Harari

In the opinion of well-known historian Yuval Harari, the most important thing during this difficult time is to promote individual responsibility and cooperation. This can be achieved through transparent information, coupled with a willingness to cooperate and help each other. 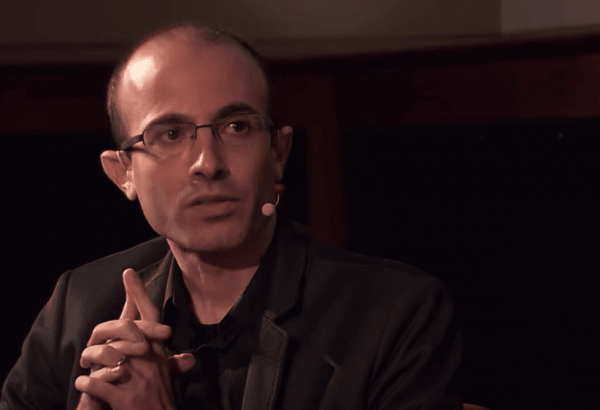 Yuval Harari is a world-renowned historian. After his book Sapiens: A Brief History of Humankind was published, he didn’t only become a celebrity. He also became the advisor of world leaders such as Bill Gates and Angela Merkel.

In addition, he’s one of the world’s most widely-read modern-day thinkers. Because of that, his insights into the coronavirus pandemic are worthy of our special attention.

Harari has published several articles on this topic in various newspapers around the world. Also, he’s been interviewed by many media outlets. During these interviews, he pointed out that, strange as it may seem, pandemics are a perfectly normal reality when they’re analyzed from a historical perspective. This is because epidemics and pandemics have killed many people over the centuries. In fact, we’ve never been so well-prepared to deal with such a phenomenon.

To underline this fact, Yuval Harari highlighted the fact that it only took two weeks to identify the virus, sequence its genome, and create a detection test. This would have been unthinkable in any other era.

“In this time of crisis, we face two particularly important choices. The first is between totalitarian surveillance and citizen empowerment. The second is between nationalist isolation and global solidarity.”

The first big challenge, according to Yuval Harari

Yuval Harari also pointed out that life will never again be as it was. Why? Because crises of this magnitude leave permanent scars. He said that the new reality will greatly depend on the individual and collective decisions we make now.

For this historian, the first great challenge is to prevent the spread of social and political structures in which “hypodermic” surveillance is central to everything. This type of health problem makes it easier to shift from epidemiological surveillance to one of hyper-control. As a result, this could seriously undermine human freedom.

Harari believes that many of the “temporary measures” citizens are willingly accepting in order to contain the pandemic could later become permanent for other purposes. In particular, he refers to biometric monitoring technologies. These make it possible, among other things, to pinpoint a person’s location and even know their temperature or blood pressure.

Today, such technology could help contain the spread of the virus. However, in the future, it could give access to very personal information. People could use this to carefully monitor even how many times we laugh and give this information to certain bodies, thus making us vulnerable to manipulation.

The second challenge: solidarity or competition

The second of the great challenges of this pandemic, according to Yuval Harari, is the choice between a great global cooperation movement or a wild scramble for resources.

Although humans are currently even capable of going to space, they’ve proved less effective in producing masks, respirators, and personal protective equipment. Some leaders, like the president of the United States, respond to this shortage with chauvinism. Others, however, are calling for cooperation.

To Harari, it’s strange that no major international forum has been created to deal with the crisis in a coordinated and, above all, cooperative manner. This should happen, as this pandemic is a reality that we’ll overcome either globally or not at all. Thus, it requires commitment.

Personal protective equipment, medical supplies, and even health workers should belong to the entire world. We should share them where they’re most needed, with the confidence that those who give today may need what others produce tomorrow.

Although Harari has mainly focused on these two points, they aren’t the only ones he’s touched on. In this regard, he also pointed out that there are viable outlets in sight. The first is to strengthen citizenry and avoid the dangers of the emergence of police states. How? By staying informed and relying on individual responsibility.

An example of this is handwashing. If people understand the importance of washing their hands because they’re well-informed, they won’t need anyone’s vigilance to do it. The same goes for everything else.

People are perfectly capable of looking after their own health and keeping an eye out for signs of illness. However, this is only possible if they’re well-informed and if they trust the authority that’s asking them to take these precautions.

As far as cooperation is concerned, the way forward is to create joint mechanisms to address the issue comprehensively. The reason for this is because the pandemic is a global problem.

If we seize this moment to promote cooperation and solidarity, a more committed and responsible world will emerge from this crisis. If we choose competitiveness and selfishness, we’ll most likely experience a very tense and unpredictable future.