All about Freedom of Expression

Freedom of expression means that all human beings should be able to enjoy the right to manifest themselves without being harassed. On the contrary, this is a right with many limitations, especially when it clashes with the rights of other people. 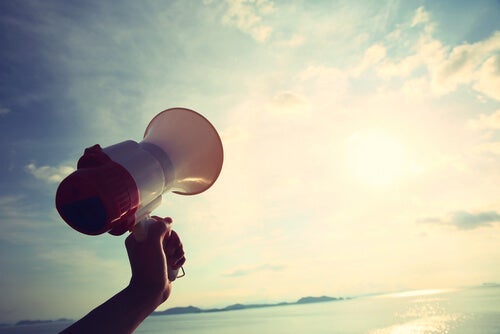 For democracy, dialogue, and development to thrive, society needs a critical element: freedom of expression. This is because it’s a universal right that everyone should enjoy. Thus, all human beings must have the right to express their opinions and express themselves freely.

According to the United Nations (UN), freedom of expression is a human right and it’s in article 19 of the Universal Declaration of Human Rights. It establishes the following:

“Everyone has the right to freedom of opinion and expression; this right includes freedom to hold opinions without interference and to seek, receive and impart information and ideas through any media and regardless of frontiers.”

The goal of this article is to analyze and argue that freedom of expression is the basis of any democratic society. It’s obviously recognized in the Universal Declaration of Human Rights. In addition, it’s a part of the International Covenant on Civil and Political Rights and detailed in the Human Rights Committee.

What exactly is freedom of expression?

Freedom of expression means that all human beings have the right to express themselves, without being harassed. Also, that all must be able to access information and transmit it without barriers.

Thus, this right is also about the freedom of the press defined as “the transmission of information through the media without the State exercising control prior to the issuance”.

What are the necessary conditions to exercise this right?

For there to be real and effective freedom of expression, people must be able to:

In addition, let’s emphasize that freedom of expression also protects the right to conscientious objection when someone speaks. For example, in relation to any “official” legislative ideology or with different obligations, such as providing military service.

The concept of censorship

Thus, one of the most radical ways of restricting freedom of expression is prior to censorship, or the censorship of certain contents before one can publish them.

The expression must not be subject to prior censorship, although one can regulate it with subsequent responsibility. For instance, nobody can keep a person from expressing themselves, even if they can receive a fine for their messages.

Limits of freedom of expression

Consequently, it’s clear that the right to freedom isn’t an absolute right. Also, legislation can forbid a person from inciting crime or violence and force them to apologize for hate and discrimination. Thus, freedom of expression has limits as soon as it conflicts with other people’s rights or values.

At this point, let’s highlight the difficulties of designing the line that separates the boundaries between legitimate and non-legitimate expression. Those whose sole purpose is to protect the dignity and human rights of those limits with autocratic features that seek to limit a person’s right to express themselves freely.

Freedom Means Doing Whatever You Want?
Freedom means taking risks. Freedom demands that you bear the weight of your decisions. It isn't just doing whatever you want at the moment. Read more »
Link copied!
Interesting Articles
Curiosities
Aporia: The Wisdom of Contradiction

The term aporia comes from Greek. We can define it as a state of uncertainty or perplexity when exposing ourselves…

Curiosities
What Exactly Is a Transpersonal Experience?