The Old Samurai, or How to Respond Properly to Provocation 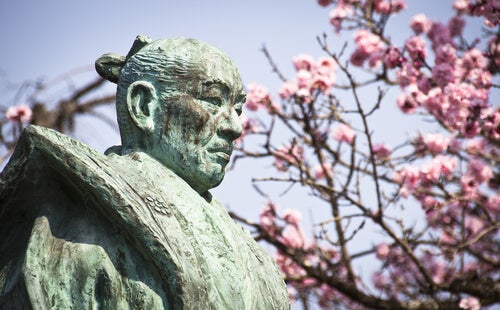 There is so much wisdom in Eastern literature. Even today after how many centuries, they are still more than relevant. So let’s look at a beautiful story with a great life lesson: the story of the old samurai.

One of the many quotes that we attribute to Buddha says that “many do not know that we are here in this world to live in harmony. Those who know this do not fight against each other. ”

A very wise thought that we may do well to remember if we want to respond appropriately to provocation. Now let’s learn the story of the old samurai, who has something to tell us about the very same thing.

A long time ago an old samurai lived close to Tokyo. He won many battles, and was well respected. However, his time as a fighter had passed.

But young people that the old warrior had taught took advantage of all his wisdom and experience. Even so, the samurai’s legend preceded him, and that’s why regardless of how many years that had passed, he could beat any rival, however formidable.

One summer in his house, a warrior appeared who was famous for lacking gentlemanly skills. His provocative character made his adversaries uncomfortable.

They would lower their guard, moved by anger, and attack him blindly. That’s why he decided to defeat the old samurai, to add the legend of the old samurai to his own legend.

However, this warrior of the dark arts could do little to provoke the old samurai. And no matter how many hours passed, the samurai did not draw his sword, making his enemy give up and feel humiliated.

But the old samurai’s students were very upset by what they considered cowardice on the part of their teacher. So, they reproached the samurai for not using his sword.

He responded that just as a gift you receive and do not accept belongs to the deliverer, anger, rage and insults, if not accepted, are the property of the one who uttered them. Unless you accept them and take them as yours, of course.

What can we learn from the story of the old samurai?

There are so many lessons in the story of this wise old samurai. Because in reality, we all carry around dissatisfaction, anger, frustrations, guilt and fear. However, that doesn’t mean we should take it out on others and spread it.

“Holding on to anger is like grasping a hot coal with the intent of throwing it at someone else; you are the one who gets burned”.
-Buddha-

However, no matter how much weight we carry, there are always people who are much more toxic than us. Destructive people who disguise themselves with the intention of helping — in order to harm — cause guilt and feed our fears and insecurities.

But if we are able to respond, but not react, we can maintain the serenity we need. In other words, if we do not respond to their provocations, by not accepting their poisoned gifts and instead responding conscientiously and avoiding their toxic presence, we will stay safe from their poison.

If we learn to respond to provocation thoughtfully instead of reacting immediately, we won’t get offended as easily. We are not left defenseless, because we do not feel attacked by nonsense. Some tips:

It is in our hands, just like it was in the old samurai’s hands, the choice of accepting or rejecting provocation.

Take a Moment for Your Soul to Catch up with You: a Beautiful African Story
African story that speaks about a way of living in which actions go one way and the heart another, because there is no time for them to meet. Read more »
Link copied!
Interesting Articles
Cinema, Television, and Psychology
The Sea Inside: When Life is an Obligation

Culture
The Legend of the Toh Bird: A Lesson in Humility

We all know how unpleasant a headache can be. This discomfort can prevent us from carrying out day-to-day tasks effectively,…