The Name of the Rose 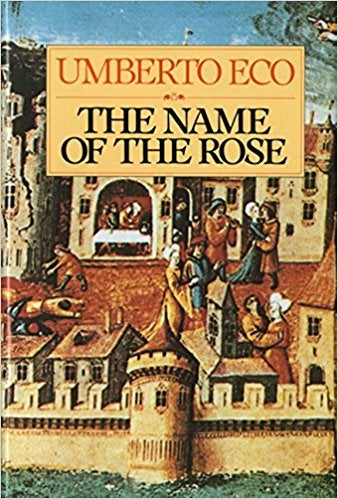 The setting of The Name of the Rose is unique. This book, published in 1980, was also adapted to film. It is about a a Benedictine Abbey located in the Apennines during 1327. That is where the Franciscan friar, William of Baskerville, and his faithful companion Adso of Melk are heading, unaware of the disturbing mystery that is waiting for them there. William, who has a dark past as an inquisitor, is on a mission to participate in a meeting to discuss the supposed heresy of a branch of the Franciscans: The Spirituals.

With the stage skillfully set, Umberto Eco creates a detective novel that gives the reader a sense of the customs and traditions of the dark and cruel Middle Ages. In this historical setting, religion gave power and took it away. It granted whims or ruined lives in the name of God. And God, in addition to being omnipotent, was portrayed as a punisher, against any kind of worldly entertainment and its most natural expression: laughter.

The mystery of the rose

The name of the protagonist monk, William of Baskerville, is far from being random. Umberto Eco named him William in honor of the well-known philosopher William of Ockham, who is famous for the “Ockham’s Razor” principle. The principle says that when there are two hypotheses that explain an event equally well, the simplest one should prevail. Modern science still follows this principle, though the current version is known as Ontological Parsimony or the Rule of Simplicity.

This principle is also present in the behavior of one of the most famous detectives of all times: Sherlock Holmes. William’s last name, Baskerville, is related to The Hound of the Baskervilles, one of the cases that brought fame and glory to Sir Arthur Conan Doyle.

The explanation of the the friar’s name would be a simple anecdote if we left it at that. However, it symbolizes a declaration of William’s intentions, who will spend most of his stay at the abbey trying to solve the crimes that start to happen there. The chain of crimes reminds us of another one of the most famous mystery novels: And Then There Were None, by Agatha Christie.

Another nod to history in The Name of the Rose is related to the caretaker of the abbey’s extensive library. His name is Jorge of Burgos, which is a reference to the author Jorge Luis Borges. In the words of Eco himself, “…library plus blind man can only equal Borges, also because debts must be paid”.

Thorns of the rose

Burgos ends up being the character behind the murders that happen at the abbey, one after another. He does it to prevent Aristotle’s second book of poetry from coming to light. The book was humorous, and the friar was afraid of it. He believed that laughter was no more than an evil wind that deformed the face and made men look like monkeys.

Jorge, like many religious men of the age, believed that laughter was characteristic of uneducated and wild people. They believed that it should stay far from the church so that the intellectuals surrounding them in those dark moments didn’t try to adopt it as an instrument of truth. The church was afraid that comedy would rid man of the fear of God and stop following their precepts.

Fiar Jorge thought that laughter was the antidote to fear. He believed that the fear of the devil made men turn to God. Without fear, he believed that men would laugh at God just like they laugh at everything else. Nevertheless, Jorge’s vocation is his own downfall. As a lover of books, he is in favor of controlling knowledge, not destroying it. He can only take that path when he realizes he is trapped; that William has discovered him and he has no other option.

We can also appreciate the classic medieval clash between reason and faith. It is exactly this conflict that we see in the story between the inquisitor Bernardo Gui and William. It will shake the foundations of the church with the birth of the protestant reformation and the height of the Enlightenment.

Book or movie, The Name of the Rose is a delight for those who appreciate good literature and a mystery that speaks of the human condition.

8 Must-Read Books
Finding a book that truly touches your heart is like discovering a rare and valuable treasure. Read more »
Link copied!
Interesting Articles
Literature and Psychology
Bibliotherapy: The Healing Power of Books