The Mystery of Consciousness

There comes a time when all those millions of synapses and nervous impulses cross a threshold where the beginning of that mystery we call consciousness, and that defines human beings and animals, take place. 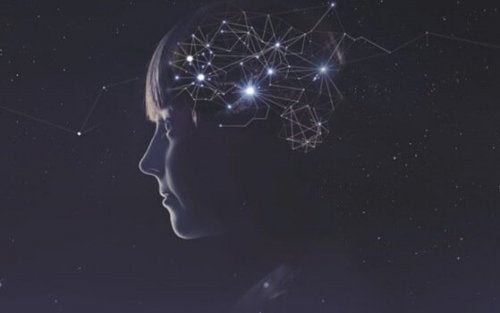 What exactly is consciousness? Scientists and philosophers have tried to solve the mystery of consciousness for a long time. Consciousness is everything you experience. The warmth of hugs, the sweetness of that strawberry ice cream you like so much, the pain of a breakup, the puzzling curiosity that you feel when you look at the stars, the fear of death, and happiness.

The mystery of consciousness is everything. As Descartes once put it, the essential property of a mind is that it thinks. Hence, everything that happens in your mind, be it thoughts, desires, wants, or reflections, makes you be who you are. Now, all these processes define what Australian philosopher David J. Chalmers calls simple explanations.

“You’re an explorer, and you represent our species, and the greatest good you can do is to bring back a new idea, because our world is endangered by the absence of good ideas. Our world is in crisis because of the absence of consciousness.”

Our conscious mind captures everything you see and feel. It interprets, processes, and is even able to verbalize it. But then comes that complex explanation, the part in which the scientific and philosophical community don’t yet seem to agree. How do senses, neurons, and chemical processes manage to form an entity that’s so distinctive in each person?

William James, a recognized psychologist and philosopher, said that the empirical self (ME) would, in fact, be made up of three distinct “selves.” The same ones that the brain itself would be responsible for delimiting based on everything it experiences consciously. Thus, according to James, every person has a material self, a social self, and a spiritual self.

As you can see, the challenges, proposals, and theories aimed at explaining the mystery of consciousness are endless. However, neuroscience is making progress in defining what consciousness is and even where it’s located. Let’s see the data below.

What Is the Mystery of Consciousness?

First of all, it should be noted that conscience (morality) and consciousness (awareness) are two different things. Consciousness is the capacity of most living beings to perceive reality and to recognize themselves in it. Conscience is related exclusively to moral aspects, to what’s right and wrong based on social codes.

Now that this is clear, it’s also interesting to talk about the popularity of the idea of the need to be aware, to open your consciousness. This recurrent message in the field of personal development and spirituality has some nuances. Your consciousness is always aware, so it’s impossible not to perceive something. For example, a toothache, the smell of freshly cut grass, or a storm.

Moreover, in 2012, the revelations of a group of Cambridge scientists show that consciousness isn’t exclusive to humans. The rest of the animal kingdom is also conscious. They stated this in what’s known as The Cambridge Declaration on Consciousness.

Furthermore, renowned neuroscientist Dr. Philip Low of Harvard University also indicated that it’s time to separate the spiritual aspect from the concept of consciousness. Neuroscience has revealing and fascinating answers on this subject. Let’s study them below.

Consciousness: The Result of Brain Complexity and Interactions

Scientist Fritjof Capra, a physicist at the University of Vienna, wrote a book called The Web of Life: A New Scientific Understanding of Living Systems. In this work, he explains that an organism’s degree of self-awareness is based on its interactions with their environment in relation to their brain. Every time we perceive something, our consciousness is built little by little.

Then, the moment when all those millions of synapses and nervous impulses cross a threshold comes. Now, some people ask themselves the following question: Could a computer, or some other form of artificial intelligence, become aware if programmed to experience things day after day? Well, Antonio Damasio, a well-known neuroscientist, says it wouldn’t. It’ll never be possible because machines just don’t have emotions.

Also, physicist Roger Penrose and anesthesiologist Stuart Hameroff performed an interesting study. According to both researchers, consciousness is a property inherent in every biological system, in every living being. It’s the result of certain quantum changes that occur in our neural circuits and microtubules, which gradually generate a structure made by billions of moments of proto-consciousness.

The Mystery of Consciousness

René Descartes claimed that human consciousness lies in the pineal gland. However, other scientists believe differently.

According to an article in Psychology Today, we can say that this place where all the processes that shape our consciousness are concentrated are actually three brain regions that seem to work together as a triad to maintain it.

Research on this subject is still underway under the Human Connectome Project. One of its purposes is to return consciousness to patients in comas.

Conscience and Consciousness: Are They the Same?
Many people believe that conscience and consciousness have the same meaning, but that couldn’t be further from the truth. Learn more with us! Read more »
Link copied!
Interesting Articles
Brain
Midbrain - Characteristics and Functions

Brain
Have You Heard About These Neuron-Killing Habits?

Did you know that certain routines and lifestyles are neuron-killing habits? The brain is the organ that allows the rest…