The Legal Aspects of Practicing Psychology

The 61 articles of the Deontological Code of Psychologists in Spain regulates the different aspects of professional psychology work. The code emphasizes ethics in the workplace. 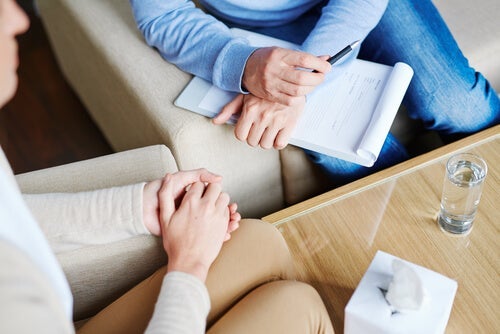 The job of a psychologist is, among other things, to help people improve their quality of life and well-being. Psychologists can have a direct influence on individual and group development, which is why it’s extremely important for them to be profesional. In this article, we’ll discuss some of the ethical aspects of practicing psychology and the laws and codes that regulate its practice.

Because psychologists can influence patients’ mental health, they have a certain degree of power that has to be regulated. That’s why ethical comes mucho as the Deontological Code in Spain are so important. Other countries have similar codes, such as the American Psychology Association’s Ethical Principles of Psychologists and Code of Conduct in the United States.

How does the state regulate psychologists’ work?

The Colegio Oficial de Psicologos (Official Association of Psychologists) in Spain manages the professional exercise of psychology. The Association is a state organization that brings all Spanish psychologists together into one institution.

If you want to be able to work as a psychologist in Spain, you have to meet certain requirements. First of all, you need a valid degree and you have to be registered in an official association of psychology. There are also additional qualifications for anyone who is going to work in healthcare.

Once you start practicing, there’s a whole set of rules that you have to follow.

The psychology community created the Deontological Code of Psychologists to regulate the legal aspects of practicing psychology.  Due to the nature of the psychological profession, the code focuses mostly on ethical questions that affect both psychologists and their patients.

The Spanish Deontological Code of Psychologists includes six articles that lay out the principles that define the profession. These are respect for the patient, protection of human rights, the psychologist’s sense of responsibility, honesty, and sincerity with clients.

What else does the code include?

This code of conduct also includes a set of professional responsibilities that govern the profession. These have come to be defined as “rules of an explicit pact” between the professional collective of psychologists and the community they serve. In other words, an agreement between professionals and their patients.

This set of norms has to align with Spanish law and with the information in the Psychologist’s Guide. This guide is a magazine edited by the Official Association of Psychologists of Madrid. It has become the most important psychology publication in Spain.

This magazine has updated information about the Association’s services and activities. It also includes notices and interesting articles. Approximately 60,000 people read the printed or online version of the magazine every month.

The Professional Healthcare Ordinance Law doesn’t include general psychology as a healthcare profession. Consequently, the ordinance only includes specialists in Clinical Psychology.

This meant that a large number of psychologists were in a legally uncertain situation. To solve that problem, in 2011 a clause was added to the General Law of Public Health that created the title of General Healthcare Psychologist. That way, access to clinical psychology in the private sector is possible through a master’s program that confers the title of General Healthcare Psychologist upon completion.

Conscientious Objection in Spain
A decision that goes against your conscious is something contrary to what you believe. This idea leads us to the concept of conscientious objection.  Read more »
Link copied!
Interesting Articles
Psychology Today
Our Health Workers Need Psychological Support