The Key to Happiness: A Beautiful Oriental Tale

This oriental tale is about what happens when a man is given happiness without having to fight for it. It teaches us about where happiness is and how we can find it. 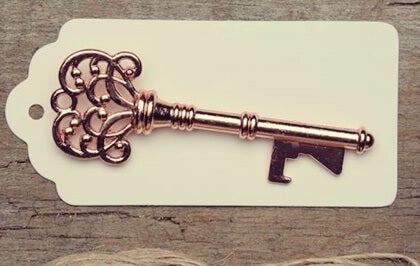 According to this old oriental tale, in the beginning, there was a meeting of the gods. During a pleasant talk, they decided to create the universe. Each one of them had a different specialty, so they divided up the tasks and decided to meet again later to see how things were going.

The gods of light began by creating the stars and all of the glowing objects of the universe. They were so fascinated that they created first a few, then hundreds, and then thousands and millions. They were really beautiful and they looked spectacular contrasted with the black nothingness.

The gods of depth didn’t want to be left behind. Thus, they designed the plants and, inside of them, deep oceans. One of the gods thought it would be magnificent to create seas of fire, but the others thought it might be dangerous. They were finally created but left inside some mountains. Once in a while, they’d let it out so that it would illuminate everything.

The creation of life

A group of gods was in charge of creating life, but they couldn’t come to an agreement. The majority thought that it would be better to create beings that couldn’t think for themselves. One thought it would be best to create something small and fast. So he made the mosquito. However, it was so bothersome that they decided to send it to planet Earth so it wouldn’t pester them.

According to this oriental tale, another god thought that it might be fun if they created a life form that was agile, beautiful, and had lots of abilities. Thus, he invented the cat. However, it was too independent and escaped soon, and they didn’t know where it had gone.

Seeing this, another one of the gods felt that it was better to create something that was nicer and closer. He wanted something that would accompany the gods wherever they went and not escape at the first opportunity as the cat had done. Thus, he thought of a dog and created it. All of the gods loved the dogs but, according to the oriental story, one of the gods wasn’t happy that they couldn’t think or speak.

Man in the oriental tale

The god that wasn’t satisfied with the forms of life that his companions had created decided to think about it a little harder. It took a few centuries. At last, he decided to create a being that was as perfect as possible. He would give it intelligence so that it could think and a heart so that it could feel. He thought it didn’t make sense to create a universe if no one was able to admire it and comprehend its significance.

So consequently, the god created Man. He was very similar to the gods. Once it was done, all of them saw that this being was very disoriented. It didn’t know what to do, nor how to exist. So one of the other gods decided to give him the gift of happiness so that he wasn’t so restless.

When he did this, the man lied down placidly in a field and contemplated the stars. Several centuries passed and he didn’t move from that spot. He didn’t do anything. What for? He was eternally happy. There was joy in his heart, and he didn’t need anything else.

The keys to happiness

When the god who’d created Man saw this, he thought his colleague had made a mistake. Giving complete happiness to the man only made him passive. He had no use for his intelligence nor the sensitivity he was gifted with. The oriental tale explains, then, that this god had an idea. He didn’t want to take happiness away from the man, but he thought it might be a good idea to hide it. That way the man would need to look for it and stop being so passive.

The other gods loved the idea. One of them proposed that happiness be locked in a chest with the keys hidden somewhere else. The others liked the idea, but they didn’t know where to put the chest or the keys to open it. According to the oriental tale, some said that it would be best to put everything under the ocean. Others thought that it would be best to put it in the sky. The other said that the volcanoes would be the best place.

The decision is made

There was a long discussion. Finally, the creator god had another excellent idea. “The best thing we can do is hide the chest and the keys inside of them! Then, they’ll have to know themselves in order to find them.” Everyone applauded him. Later, one of the gods of light said, “Let’s put the chest of happiness in their mind. Then, they can find it through intelligence.” There was more applause. The god of depth added, “Let’s put the keys in their heart. Kindness will show them the path to finding them.” And everyone agreed!

Three Great Short Legends for Children
Legends can be wonderful tools to teach our children values that should be at the centre of their lives. We bring you three popular legends for children. Read more »
Link copied!
Interesting Articles
Stories and Reflections
From the Other Side: A Story from Beyond