The Heart of an Onion - A Story about Justice

"The Heart of an Onion" is a story about justice; it tells you why it's important to learn to observe nature and let yourself be guided by its cycles, instead of intervening in them and causing imbalances. 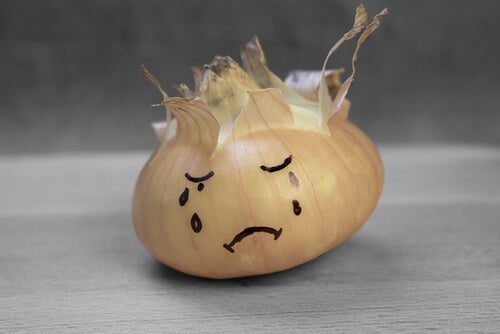 “The Heart of an Onion” is a story about justice that takes place many, many years ago when nothing had a name and things were still in process. One fine day, the gods met and agreed to create a vegetable that was noble and pleasing to all human beings. Humans were new as well.

Back then, the gods had a special appreciation for humans and, thus, they wanted to make them a special gift. The gods thought they could create a flavor that made human food a lot more delicious. So, they looked for a vegetable they could integrate into most of their recipes. This is just how they designed onions.

In the beginning, the gods could only notice their taste. So they made a compact fruit, quite different from what’s out there today. It was soft and had a delicious taste. It went very well with almost every food. Thus, humans were delighted when they began to see it in their gardens. This is because it sprouted spontaneously in the beginning.

“We’re living on this planet as if we had another one to go to.”

The heart of an onion – a kingdom

This story about justice tells that onions soon became the rulers of every orchard. They came in various colors and all considered them to be the true jewels of nature. Humans were delighted with them; no matter how many they ate, their presence on their meals always gave them a special touch.

The popularity of onions grew so much that, in a short time, their production reached unimaginable levels. This way, onion planting skyrocketed and they lost control over it. This story about justice tells that there were so many orchards planted with onions that humans forgot about other plants. Thus, the rest of the fruit and vegetables began to disappear.

There came a time when the number of onions was such that humans began to pluck the roots they had planted with such enthusiasm before. This produced what one could refer to as the “onion massacre”.

This story is about justice. Thus, the gods decided to intervene when confronted with this human attitude. They sent a great plague that depleted all the onions on the ground. Therefore, humans started cultivating other plants again. However, many of them remembered the delicious flavor of the vegetable that caused so much commotion.

Their food no longer tasted like before. So, the gods finally realized that humans beings were moody and unstable. They didn’t know what to do with the divine gifts they had. They wanted more of the little they had. But they despised what they had in excess. The gods didn’t understand why.

Humans repented, in any case. Therefore, they begged the gods to send back the delicious vegetable that they once liked so much. They had kept a few onion specimens at Olympus as a memento of that episode. So, they decided to give humans a second chance after seeing how sad they were.

A story about justice

The gods were about to send several onions to again let them thrive on the Earth. However, the onions were terrified after spending time in heaven and acquiring feelings. They feared that the moody humans would become obsessed with them again and proceed to exterminate them one more time. So, the god of wisdom saw a good opportunity to teach humans a lesson. They had to learn to value what heaven sent them and manage it wisely.

Therefore, the next day, humans found small bulbs in their gardens. They looked like onions, but they were too small. So much so that they didn’t dare to harvest them as they thought they would grow more. A few weeks went by and then, one day, the little bulbs woke up covered by a new layer. This layer made them look older. Humans began to think that those little balls could be a new species of onion.

“The Heart of an Onion”, a story about justice, tells that the onions continued to acquire layers until they recovered the old shape humans knew. Of course, humans were very happy. However, they noticed that the inside was different when they cut them; they didn’t look compact and, in addition, they had several layers.

Finally, they realized that an irritating liquid came out when they cut them with a knife. This happened because the gods thought it important to remember the onion massacre that once took place. That’s the reason why everyone who cuts an onion must cry. Humans are bound to remember forever that everything that exists in nature has a value and contributes to life as we know it.

When We Let Injustice Prevail Because We’re Afraid of Conflict
Our daily lives are full of situations that may lead to conflict. We all have the freedom to choose which of these conflicts we respond to. Read more »
Link copied!
Interesting Articles
Stories and Reflections
The Three Answers: A Story about Differences

Stories and Reflections
Expect Nothing, and You Have Nothing to Lose