The Golem Effect: Concept and Characteristics

The Golem effect conditions people to achieve less through lower expectations. Learn all about it here! 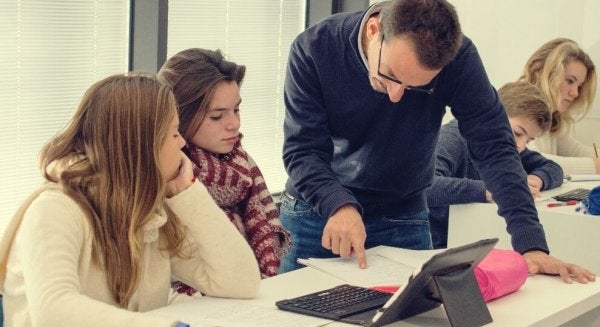 Over 2,000 years ago, Pythagoras said: “Educate the children and it won’t be necessary to punish the men”. The relatively unknown Golem effect proposes that the opposite of this holds true as well. Let’s talk about this effect and its repercussions.

The Golem Effect vs. the Pygmalion Effect

The Pygmalion effect arises when a person believes they can influence someone else and, through this belief, ends up creating said influence. It’s very closely related to expectations as well as to another effect: the self-fulfilling prophecy, which is when you see reality the way you want it to be. This, in turn, makes it more likely that your reality will come to match your expectations.

Obviously, this effect is critical in the fields of education and child development. Professors, parents, and tutors tend to encourage children to explore their potential. This gives them positive expectations which, in turn, helps them accomplish everything they want within their capabilities. As per Pythagoras’ quote, this is meant to teach children to become balanced and self-confident adults.

Unfortunately, you also have to take the opposite effect into consideration: the Golem effect. This is when a person conditions the child, through negative expectations, to lower their self-esteem and feel incapable of accomplishing things.

The Golem and the Pygmalion effects both give feedback to the young mind. If a child is energetic and achieves their goals, they’ll feel confident in going further. On the other hand, if they feel that they’re inferior and incapable of succeeding, they’ll rarely plan goals that can help them grow.

When Does the Golem Effect Manifest?

Strange as it may seem, both the Golem and Pygmalion effects manifest constantly in education. Unfortunately, it also seeped into the social and work worlds.

In the educational field, Jacobson and Rosenthal have been some of the foremost researchers of the phenomenon. They devoted a lot of time to studying self-fulfilling prophesies and observed that many teachers conducted certain inconsistent classifications of their students. It turns out that they influenced their performance, paving the way for expectations to be fulfilled (in an inconsistent manner).

For example, take a professor who thinks that one of their students is less intelligent than another. This may result in the teacher giving the student they believe to be less intelligent easier tasks. This, in turn, will produce a student with less knowledge.

Can You Stop this Effect?

The truth is that it’s not easy to stop this effect from taking root. Let’s keep going with our last example involving the teacher. This teacher comes up with certain expectations about their students, automatically and without much information. The teacher then proceeds to act in accordance with these expectations, causing them to eventually come true.

According to the data currently available, children who receive richer stimulation end up performing better academically. Thus, the phenomenon feeds back into itself and creates the Golem effect in some children and the Pygmalion effect in others.

As you would expect, the first step in controlling this phenomenon is to become aware of it. This is especially true for educators. However, parents, tutors, and even other family members should realize how damaging their behavior can be on a child.

Furthermore, this effect has consequences that go beyond the academic realm. As an example, think about how a child’s performance can affect their self-esteem.

Beyond educational settings, you can also observe this effect and its opposite in the professional world. It’s not uncommon for managers to have certain expectations of their employees. They then act in accordance with these expectations. At the end of the day, this often results in those expectations becoming a reality on some level.

In fact, if you think about your own situation, you might discover that you’re also the unwilling victim of the Golem effect. Since it’s so irrational and seemingly implanted into your consciousness, it’s hard to realize the harm it can cause.

It’s also important for any professional in this field to try out techniques that allow them to be more conscientious and cause less harm. This goes for teachers, parents, managers, and tutors. One option is mindfulness or meditation. Such practices aim to broaden your conscious experience.

Hyperhidrosis (Excessive Sweating) and Self-Esteem
You might not know it's a condition (hyperhidrosis) but this excessive sweating problem can have a real impact on a person's self-esteem. Learn more here. Read more »
Link copied!
Interesting Articles
Educational Psychology
Teaching Math: What Students Must Know to Solve a Problem

What does someone studying math need to know in order to solve a math problem? This is surely one of…

Educational Psychology
Child Psychology - Who Should I Trust?