Read all about the video game Fortnite in this article! 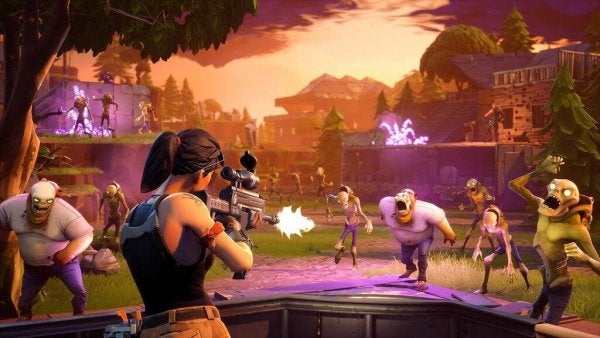 One hundred players are thrown into an island where only one of them can survive. If you want to win, you must be quick, find a good strategy, have a hawk eye to shoot your targets, and know when you should and shouldn’t fight. From September 2017, the Fortnite phenomenon has spread all over the world, captivating millions and millions of players.

This video game, developed by Epic Games, has been a success in its PlayStation, Xbox, and PC versions. Plus, it took over the video game field, defeating PlayerUnknown’s Battlegrounds (or PUBG), a similar game that became really popular months prior to Fortnite’s release.

In this article, we’ll analyze what the Fortnite phenomenon is and why this game is so successful.

Fortnite is an online video game of the Battle Royale kind. The basic concept of this type of game is a player-versus-player encounter, in which only one player can win. At the start of each round, one hundred players fly above an island on different types of air vehicles. They can decide the place they want to land and jump off with a parachute.

Throughout the playing field, there are several different locations, each with a particular attraction. There are cities, forests, lakes, mountains and, in the last update, a desert. The place each player chooses to go to has a variety of objects and guns they can take in order to defeat the other players.

Also, this game has two peculiarities that might be the key to its success. First, there’s Fortnite’s playability that allows players to get the materials to build towers, shelters, and more. This way, fighting becomes much more strategic and dynamic, which makes the game different from PUBG, for example.

Second of all, Fortnite is free. And not just that… Although the game offers payment options for certain gadgets, this doesn’t affect the odds of you winning. This means that although you can pay for certain objects, they won’t make you more or less likely to win. They’ll only allow you to personalize the game’s content. For example, you’ll be able to dress your character with different skins or buy funny dances.

These little extra things are a way to show off, especially for younger players. All users can see how you look and dance, which is a sign of status, like a real adult who buys designer clothing and expensive cars.

Fortnite managed to surpass PUBG as one of the most played games in February 2018. The possibility of downloading Fortnite for free and playing without any limits opened the door to millions of players.

However, thanks to the microtransactions we mentioned above, the Fortnite phenomenon earned an insane amount of revenue, reaching seven figures.

Plus, the Epic Games team hasn’t stopped improving the game since its release. Almost every week, Fortnite has new content updates with new guns and gadgets, locations, and bug fixes. This contributes to its success as well.

On the other hand, Fortnite has a very important element, which is team play. When players decide to be part of a duo or a group of three to four players, it’s essential for them to have a strong alliance in order to defeat their rivals. For instance, a player can shoot from a distance while their other allies attack the enemies directly.

Furthermore, Fortnite’s community is very humorous, which is very characteristic of the game since developers gave users the possibility to dance in the middle of shootings. With its very casual cartoonish aesthetics and a llama as their mascot, Fortnite gives off a hilarious vibe.

Many players join the Fortnite phenomenon day after day, making it a widespread video game with a slightly addictive component. Epic Games has done a great job, offering a game experience that mixes emotion, teamwork, and self-improvement.

Video Games and Intelligence: How Are They Related?
Video games are part of our social life. Do they also help stimulate our intelligence? What is the relationship between video games and intelligence? Read more »
Link copied!
Interesting Articles
Art and Psychology
Francisco de Goya: Biography of a Spanish Painter