The Five Precepts of Buddhist Ethics

The five precepts of Buddhist doctrine synthesizes principles of behavior that, according to Buddhists, contribute to people leading a happy, constructive, free, and reality-conscious life. 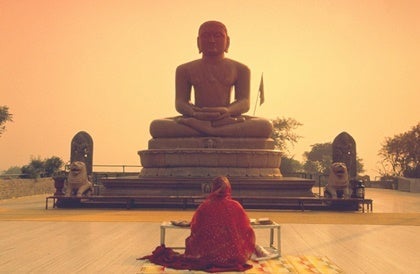 Unlike other philosophies and beliefs, in Buddhism, there are no absolute mandates or insurmountable rules. Buddhist ethics synthesizes these guides. As the name suggests, they aren’t norms but precepts. That difference is important.

The difference between a commandment and precept is that the first is obligatory, while the second isn’t (rather, it’s recommended). Precepts are more of a guide, a suggestion, or a standard. The five precepts of Buddhist ethics don’t seek to impose a certain behavior, but rather to trace some lines around what’s considered best for the individual and society.

It’s important to note that the five precepts of Buddhist ethics are subject to criteria that make up the center of this philosophy: compassion. This means that, when faced with any doubt or contradiction, it recommends to always choose the more compassionate behavior. In other words, there’s a certain flexibility in the interpretation of these precepts, which we explain below.

“Conquer the angry one by not getting angry; conquer the wicked by goodness; conquer the stingy by generosity, and the liar by speaking the truth.”

Each precept is selective. Each person accepts it voluntarily if they’re in agreement. The first is to abstain from taking the life of another sentient being (people or animals). “With actions of love and kindness, I purify my body”.

To accept this precept, which is the most important, you must first understand that all living things are terrified of punishment. For all of life is valuable and all sentient beings are equal. It’s only acceptable to take a life to defend your own.

2. You won’t take what hasn’t been given

This is another of the five precepts of Buddhist ethics that coincides with commandments or norms in other belief systems and religions. It basically means to avoid robbing and is inspired by the conviction that generosity purifies while greed corrupts.

For Buddhism, what enriches is giving, not taking. Depriving others of their property is a form of violence because those properties form part of their identity. When you cultivate generosity, you dilute greed.

In Buddhism, there’s no affirmation that supplies or taints feelings of guilt about sexuality. There’s also no discrimination based on sexual orientation. It accepts heterosexuality, homosexuality, onanism, transvestism, and celibacy. It also accepts monogamy, polygamy, and polyandry.

Harmful sexual conduct in Buddhism is any practice that hurts someone or if too much importance is given to sex. By this line of thinking, living well doesn’t depend on the satisfaction of desires but the voluntary elimination of them.

4. You won’t lie, one of the five precepts of Buddhist ethics

More than not lying, this precept of Buddhist ethics consists of giving sacred value to your word. Buddhists think that the truth is a source of trust and that it’s absolutely necessary for social cohesion. That’s why they reject lies.

They show that a lie is an act of violence against others since it condemns them to fantasy and not reality. This keeps them from acting in a conscious manner. In the same way, whoever lies does so to themselves, since it winds up enslaving you to your own falsehood. To sustain a lie, you have to say so much more.

5. You won’t ingest toxic substances that can blur your mind

Buddhists support a clear and tranquil conscience. They think that the ingestion of toxic substances drives you to the “fog of trickery”. That’s why they encourage the practice of meditation as an essential medium for reaching the happiness that comes from freedom.

They reject not only the use of alcohol and drugs but also coming into contact with situations that can disturb the mind or confuse reason. This includes massive and insatiable events, TV, and compulsive shopping, among others.

The five precepts of Buddhist ethics don’t exist for the purpose of repressing, but the exact opposite: to free. In Buddhism, it’s very important to break the tethers and let consciousness expand to its maximum form. Because of this, all of these principles seek to promote individual well-being rather than simply submitting to moral authority.

The Ten Spiritual Realms of Zen Buddhism
There are ten spiritual realms of Buddhism. Four of them are considered to be higher and more evolved states, while the other six are underdeveloped. Read more »

Personal Development
The Path to Self-Knowledge Is Hard, but Worth It

At the Ancient Greek Temple of Apollo in Delphi, there's a stone inscription that reads: Gnothi seauton. This literally means:…

Personal Development
Three Ideas on How to Overcome Impatience

You must learn to overcome impatience, as it's a dangerous state that borders on anxiety. It's no secret that people…