The Washoe Project proved that apes have a higher level of thoughts, emotions, and consciousness than humans expected. For many, this experiment completely changed the perception regarding these animals. 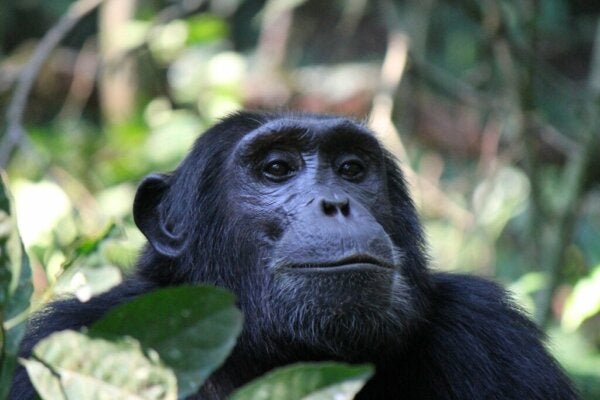 The Washoe Project is both fascinating and moving. It involves a female chimpanzee named Washoe, considered the first non-human animal to learn American Sign Language. For many people, it was a revelation of nature.

Drs. Allen Gardner and Beatrix Gardner began leading this project on June 21, 1966 when Washoe, the chimpanzee, was only two years old.

Originally from West Africa, the chimpanzee was captured there and brought to the United States by the country’s Air Force a year before the experiment began. Although it was meant for NASA experiments, the Gardners adopted it and began the Washoe Project.

“I’m in favor of animal rights as well as human rights. That’s the way of a whole human being.”

Allen and Beatrix Gardner already had experience working with apes before they started the Washoe Project. Linguistics was already an area of ​​great interest by then, and the couple wanted to find out if it was possible for animals to learn human language.

They adopted two chimpanzees with the intention of teaching them to speak like humans. Both attempts failed, and the scientists concluded the anatomy of the apes made articulate language impossible for them.

Furthermore, they also gave up on teaching apes to talk. Then, Washoe came into their lives and they considered that sign language could be appropriate. After all, the hands of this species are very similar to human hands, meaning the probability of success was higher.

The education of Washoe

The Gardners also believed it was best to raise Washoe as if she were human. In other words, they’d raise her as a little girl. They wanted to know if the chimpanzee was able to learn the language naturally as a human baby would.

Thus, Washoe had her own outfits and sat down to eat at the table with her tutors. She also had her own personal items, such as toothbrushes and combs, as well as books and toys. In fact, when she grew up, she settled in a trailer equipped with a living room, kitchen, dresser, refrigerator, and bed.

The Gardners handed over custody of Washoe to Roger and Deborah Fouts when she was five years old. They’ve looked after her since, maintaining the same life parameters.

Washoe’s caregivers were required to use sign language and refrain from using spoken language. They didn’t want her to feel different from others. Instead, they wanted her to believe that signs were the natural form of communication. Little by little, she learned to communicate with humans.

They didn’t apply any conditioning method so Washoe could learn sign language. In other words, they didn’t reward her for her achievements, as animal trainers usually do. Instead, she was expected to learn by imitation. And that she did! The chimpanzee knew over 350 words/gestures by the end of the experiment.

Washoe had a personality of her own, of course. She liked looking at books in her spare time. She also loved to look at shoe catalogs. In general, shoes caught her attention and she had a great sense of humor.

The Washoe Project is more than an experiment

Two events caught the attention of the Gardners. In fact, neither one of them saw it coming. The first occurred when one of them went away to give birth to a baby, who later died. Washoe didn’t like her absence.

When the woman returned, she told Washoe what had happened to her in sign language. The chimpanzee lowered her gaze and then traced with her finger the path of a tear on the face of the grieving mother. This didn’t only reveal she had a high level of understanding, but that she understood emotions and was empathetic.

The other event occurred when they put her in front of a mirror and asked her who she saw. She replied, “It’s me, Washoe”. This means she had self-awareness, which is a higher cognitive function.

Although the chimpanzee died in 1965, the project is still going on. Many who knew about the project have requested that primates be declared “non-human persons”. What do you think about this?

Wolfgang Köhler: Intelligence and Chimpanzees
Wolfgang Köhler was one of the prime developers of Gestalt Therapy. He did much of his psychological research using chimpanzees. Learn more here! Read more »