The Emperor's New Clothes is a classic story by Hans Christian Andersen that talks about how we let other people's opinions shape our own. Would you have the courage to be yourself and tell the truth, no matter what people might say? 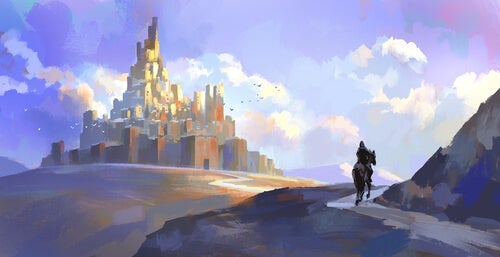 The Emperor’s New Clothes is a Hans Christian Andersen story that’s been passed down for generations and is just as charming as ever. It’s a story about the power other’s opinions have over us, pride and the courage to tell the truth. The story’s message is still relevant to so many real-life situations.

The story goes that there was an emperor who loved clothes. His closets were full of beautiful outfits, but he always wanted something better. The only thing he cared about, his greatest desire, was to be well-dressed. He often neglected what was going on in his kingdom because he spent all his time enjoying his clothes.

One day, a pair of swindlers arrived in the kingdom. They knew about the emperor’s weakness for clothes, so they decided to play a trick on him. They started to spread the rumor that they could make extraordinary fabric with unique qualities.

“To him who is in fear everything rustles.”

The rumors about these two men reached the ears of the king, who immediately ordered his minions to get them to visit the castle. He wanted to know what they were offering. The men told him that the fabric they wove was so soft and wonderful that you could barely feel it on your skin.

They added that the fabric had another unique quality: it couldn’t be seen by fools or those who are incompetent in their jobs. The emperor was completely captivated. He was thrilled by the possibility of a fabric that wouldn’t only give him another beautiful piece of clothing but that he could use to evaluate his servants.

The emperor wasted no time in ordering an outfit made with the magic fabric. The men asked for a sizeable advance payment and installed a loom. They pretended to weave day and night, and everyone in the kingdom was anxious to see the final product.

Dying of curiosity, the emperor sent his minister to check on the progress of the marvelous clothes. When the minister entered the room where the men were supposed to be weaving, they asked him what he thought about the beautiful new suit they were making for the emperor. The man was stunned. He didn’t know what to say.

He thought that if he said he didn’t see anything, everyone would believe he was a fool. Or worse, that he wasn’t capable of doing his job. Thus, he decided to go along with the game and say that the outfit was splendid. He told that to the emperor, who was satisfied with the report.

The swindlers then asked for more money so they could make the suit even more beautiful. The emperor sent them more without thinking twice. More time passed, however, and the clothes still weren’t ready. So he decided to send a new official to check on the suit. The second man didn’t see anything either, but when he returned to the emperor he said, “It’s the most beautiful suit I’ve ever seen“.

The emperor shows off his new clothes

The emperor made a declaration that the two crooks were to be named the “imperial weavers”. Then he announced that he was going to throw a huge feast and would wear his new clothes for the first time at the celebration, so they needed to be finished. The two men gleefully accepted.

The day of the great celebration finally arrived, and the weavers brought the suit to the royal bedroom. They pretended they were holding clothing and told the emperor “Here are the pants,” and “Here’s the dress coat”. The emperor didn’t see anything, of course, but he, like the others, didn’t want to be taken for a fool or considered incompetent.

Everyone praised the emperor’s beautiful new clothes. They told him how well the suit fit him, exclaimed over the quality of the fabric and the fine weaving. The story goes that the people’s reactions pleased the emperor, so much so that he decided to go for a walk around the city so his people could admire him.

The emperor walked through the streets, showing off his new “clothes”. His subjects, who by then knew all about the invisible suit, sang his praises as he went. Suddenly, the voice of a child broke through the crowd. “But the emperor is naked!” he shouted. Other children around him repeated what he said. Everyone else, including the emperor, pretended not to hear them.

A Story about Respect – The Witch and the Sun’s Sister
Today's article will deal with a story about respect and it'll teach you that if you're considerate with others then you can help build a fairer society. Read more »
Link copied!
Interesting Articles
Stories and Reflections
The Most Beautiful Flower - A Japanese Fable