The Effects of Conscious Breathing on Your Brain 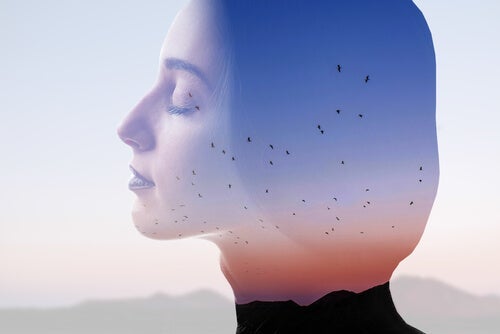 Breathing is a natural process in every living thing. Some people breathe through their noses, others breathe through their mouths, and others use both at the same time. Everybody breathes in different ways. When you notice your breathing, you realize you don’t always do it the same way. Today, you’ll learn about the effects of conscious breathing on your brain.

Breathing is important because it helps you know how your body is doing, both physically and emotionally, at any given time. Thus, if you’re breathing heavily, you’re probably under stress, you’re angry, or you may be really happy. However, when your breathing is deeper and slow, you’re probably feeling peaceful and relaxed.

The way your diaphragm moves can help identify how you’re feeling. With this in mind, it’s time to understand how breathing affects the brain.

“Breathe in deeply to bring your mind home to your body.”

The differences between breathing consciously and unconsciously

Normal breathing, also known as unconscious breathing or clavicular breathing, is an unconscious process that serves as a gas exchange for your body. It guarantees cellular metabolism by giving your body oxygen.

At the same time, breathing is connected to the autonomic nervous system (ANS), which regulates your body’s autonomous functions.

On the other hand, conscious or diaphragmatic breathing not only speeds up and improves your breathing, but it also affects your brain and helps create spaces of relaxation, calm, and emotional safety.

The main difference in conscious breathing is how you unconsciously go from thoracic breathing to diaphragmatic breathing.

Diaphragmatic breathing increases your oxygen volume and pressure, filling your lungs, using all the air sacs in your lungs, and releasing a big amount of carbon dioxide from your body. It also manages to activate your parasympathetic nervous system, which manages your body’s relaxation and calm states.

“Feelings come and go like clouds in a windy sky. Conscious breathing is my anchor.”

The effects of conscious breathing on your brain

It’s worth noting that several studies have shown that when conscious breathing is used as a meditation technique, your brain gets bigger.

In short, the effects of breathing on your brain translate into changes to your prefrontal cortex, in areas related to attention and how you process sensory information.

In conclusion, conscious breathing will help you find balance in your body. In addition, it can improve the way your neuroendocrine, digestive, circulatory, neurochemical, and nervous systems work.

3 Breathing Exercises to Help you Relax
A lot of us feel sped up, worn out, and overwhelmed by everything. That's why it's more important now than ever to learn breathing exercises. Read more »