The Effects of Benzodiazepines 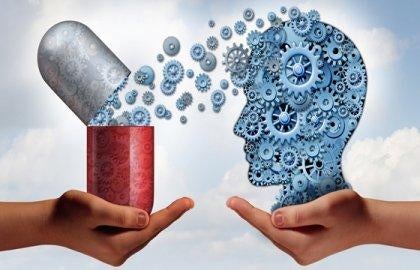 It’s 10:30 p.m. and I just took a dose of Alprazolam. I didn’t take a high dose, but I’m not used to this medicine and its effect is more intense. Alprazolam is a benzodiazepine that’s prescribed to treat panic and anxiety disorders. Benzodiazepines have many effects on the body and mind.

It’s fairly normal that I just took this dug, considering that modern society is over-medicated. However, I’d like to record the things that I experience after taking it. I will take note of every side effect when I feel that it’s at its peak.

The effects of benzodiazepines are varied and depend on each person. These drugs reduce the brain’s normal stimulation. I decided to take this drug because my mind is somewhat hectic these days. I placed this drug directly under my tongue and let it dissolve slowly. Then, I drank water because it left a bitter aftertaste.

The mental and emotional effects of benzodiazepines

It’s 10:50 p.m. The effects are now noticeable. I’m calmer than before. It’s a type of calm that little by little becomes more similar to drowsiness. Right now, I could lay down and fall asleep. I could also go out for a walk, but I know I’ll lack certain reflexes. It’d be impossible to drive under these conditions. I also couldn’t work like this since it would be extremely weird. It feels like I’m watching a movie. I’m watching everything that’s happening around me, but I feel like it has nothing to do with me.

Noise bothers me. I had to lower the volume of my TV and tell my family to speak more quietly. In general, I have become more sensitive to external stimuli. Although I feel more relaxed, I’m now hypersensitive to everything around me like loud sounds and strong lights.

The behavioral effects of benzodiazepines

I get up to go to the bathroom slowly. I also wash my hands slowly. Then, I observe each movement carefully. I return to the living room and sit down on the couch. My movements are slow.

I’m somewhat hungry. When people speak to me, I need to make an extra effort in order to pay attention. I press my computer’s keys at a normal pace but I make many more mistakes. In general, my coordination is affected and I’d be incapable of performing any task that required physical or mental effort. As I said before, I wouldn’t be able to drive. I also wouldn’t be able to study or read anything too complex.

How do benzodiazepines work?

According to some studies, what I’m experiencing is a reduction of nerve impulse transmissions, which in turn decrease my brain’s over-stimulation. This drug has a depressive effect on my nervous system. It induces drowsiness and will reduce my chances of waking up during the night.

Some studies suggest that the benzodiazepine I just ingested enhances the effect of the GABA neurotransmitter (gamma-Aminobutyric acid). This inhibits my neurons to slow down the transmission speed and make me feel calmer.

Cecilio Álamo González, a pharmacology professor at the University of Alcalá, confirmed that this is a medicine that’s well-tolerated and safe if consumed for only two to four weeks as a hypnotic. He also suggests that it can be taken for two to three months as an anxiolytic. If it’s taken for longer periods of time, it can cause certain health problems.

I still feel worried. My mental activity has decreased. However, when the effects of the drug subside, I’ll still have to face my demons. I still think of the things that trouble me. Since I’m drowsy, I don’t react as intensely, but my problems haven’t disappeared.

Trying to solve certain internal conflicts with a drug is a mediocre solution. Benzodiazepines could help calm a person down and reduce anxiety. However, until we solve our internal mental conflicts, we won’t enjoy that internal peace we seek.

Alprazolam or Xanax: Uses and Side Effects You Should Know About
There are more prescriptions for Alprazolam than other drugs treat anxiety, panic attacks or intense stress. This is a highly effective psychiatric drug. Read more »
Link copied!
Interesting Articles
Culture
The Three Keys to Discipline in Japan

For the Japanese, discipline is fundamental and must be instilled in children at an early age. Thanks to it and…

Culture
4 Things We Learn Before Birth

When we are adults, and even when we are children, we do not remember anything that we experienced before being…

Culture
The Magical Effect of Reading on Our Brain

When we read novels, fiction stories, and essays, we imagine situations, scenarios, and characters. By turning their pages, we create…