The Characteristics and Uses of Valproic Acid

Valproic acid is one of the treatments against epilepsy, a disease with significant repercussions. 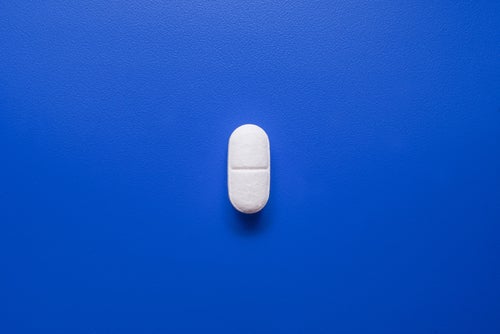 Valproic acid or sodium valproate is one of the most widely used antiepileptic drugs. In this article, we’ll tell you all about it.

This drug is an anticonvulsant with antiepileptic effects. It’s been one of the most widely used antiepileptics since the beginning of its commercialization in Europe in the 1960s.

Some labs synthesized it in 1882 and initially used it as an organic solvent. At least until researchers discovered its antiepileptic properties. After that, a pharmaceutical company began to market it as a drug in the United States in 1978. It’s since proven effective in all types of epileptic seizures. This is because there’s no recorded evidence of it worsening seizures, unlike other antiepileptic drugs such as carbamazepine.

“Electricity is life but electricity is an invisible fist punching up your spine, knocking your brains right out of your skull.”

Valproic acid is indicated for the treatment of the following types of epilepsy:

Likewise, it can also treat manic episodes in bipolar disorder when a patient can’t take lithium.

As we mentioned above, valproic acid has been proven effective in all types of epileptic seizures. Moreover, the possibility of administering it intravenously makes it particularly useful, especially in emergency situations. Some examples of situations in which intravenous use is useful are:

Valproic acid mainly works on the central nervous system. Its main mechanism is associated with an increase in the inhibitory action of the neurotransmitter GABA or gamma-aminobutyric acid. However, there isn’t enough information on this.

There’s also evidence that it inhibits the enzymes that degrade GABA. In addition, it has a potentiating action on the synthesis of this neurotransmitter by stimulating the decarboxylase of glutamic acid.

Valproate also acts on other neurotransmitters, although to a lesser extent. GABA is the main inhibitory neurotransmitter of the central nervous system. It’s directly related to the regulation of muscle tone and involved in vision, sleep, and motor control. Its function is to slow down brain activity.

Special warnings and precautions for the use of valproic acid

This substance has a high teratogenic potential and children exposed to it in utero have a high risk of congenital malformations and neurodevelopmental disorders. Thus, any doctor who prescribes it should assess the possibility of pregnancy in all patients. Furthermore, they must make sure the patient understands all the risks and is aware of the necessary precautions concerning contraception.

Nevertheless, anyone about to take this medication should do a pregnancy test before starting it and also undergo regular check-ups. Consult a physician as soon as you can if you have any doubts or problems.

In short, valproic acid is contraindicated during pregnancy, both for bipolar disorder and epilepsy. Also, as a preventive measure, women of childbearing age should avoid it unless they meet many conditions.

Side effects of valproic acid

The most common side effects are gastrointestinal and can manifest as pain, nausea, or diarrhea. Furthermore, they usually appear at the beginning of treatment and disappear after a few days. In addition, other side effects that may occur are:

Finally, consult a doctor if you suspect any side effects. This is because they’re the only ones who can assess their severity and consider possible treatment changes.

What Are Epilepsy Auras?
There are symptoms that someone can experience just before a seizure, while still conscious, that are called epilepsy auras. Read more »
Link copied!
Interesting Articles
Psychopharmacology
Ajovy: A New Drug for Migraine Prevention