The Car Crash that Changed Your Life

Whenever you think "That won't happen to me", "I drive safely so I'm never in danger", or "It's okay to look at my phone for just one second", think again: what if you're wrong? What's the price of being too confident when driving? Are you willing to pay that price? Are you aware of the harm you can cause? 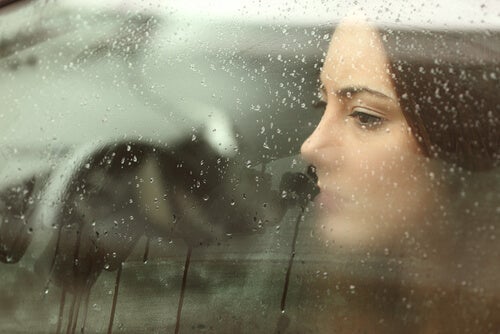 Every time you drive, you’re at risk of getting in a car accident. In fact, the longer you’ve had your driving license, the more likely you are to experience a car crash. And, of course, the more time you spend driving, the more you expose yourself to accidents.

Although it’s true that these factors increase the probability of getting in a car accident, they’re not the only ones. Being inexperienced, having slow reflexes, or simply being impatient can also play a role.

In any case, it’s worth pointing out the importance of being aware of the seriousness of reckless driving due to the harm you can cause to yourself and others.

The car crash that changed my life

To those who have experienced a life-changing car accident, that very day marks a before and after, either because they were the victims of it or because they witnessed it.

“One day, you get up and nothing is the same. It happened; you were the victim of a car crash. Maybe you were the driver or a passenger, but there’s no turning back: your life has changed. Now, you wake up in a hospital without fully knowing what’s happening and what will come next. And you can’t understand why it happened to you and why it happened this way. Now, you have to live with the consequences.”

An accident can turn into a traumatic situation

Being the victim of a serious car crash can have a negative impact on your health and well-being, both physical and psychological. It’s no longer about just the victim, but their families and loved ones as well, who now have to accept what happened.

The grieving process starts and you have to say goodbye to the life you’ve been living until now and adapt to a new one, with possible limitations.

Change and grief take time, and you might go through different phases, including denial and depression. It’s likely that, at times, you may feel that your dreams crumbled down and it’s impossible for you to follow your old routine. It’s not odd to experience a million emotions since you’re going through a traumatic situation.

Keep in mind that you might go through different emotional stages before you reach emotional balance again. At the same time, don’t forget that each person has a way to deal with trauma, so you must embrace your own individual journey to well-being.

Remember that, even though everything might seem dark at times, you’ll come out of it stronger and more resilient, with more energy to move forward.

No distractions at the wheel

Also, 30% of distractions on the road are due to the use of cellphones. This is because people often think “This won’t happen to me”, “I’m a good driver”, or “It’s okay to look at my phone for just one second”. And they’re often right and get safely to their destination.

But what happens when, during that second, a crash happens? A crash that forever changes your life and that of other people that happened to be around you?

Remember that it’s fundamental to drive responsibly; that’s the only way you can lower the probability of being a victim of a car accident. Roads should be safe places for everyone. Therefore, it’s necessary for people to respect traffic rules in order to preserve safety.

The ABCs of Psychological Trauma
In this article, we're going to tell you the basics of psychological trauma and how it can impact people throughout their lives. Read on to learn more! Read more »
Link copied!
Interesting Articles
Stories and Reflections
From Being Too Kind to Being Controlling