The "Branded in Memory" Experiment

Did you know that many details of an image go completely unnoticed even when you've seen them hundreds of times? Today's article will tell you more about the results of the Branded in Memory experiment. 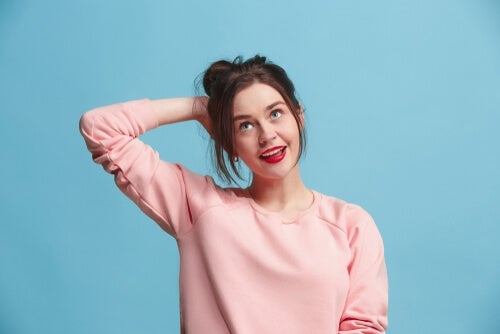 The “Branded in Memory” experiment revealed that human memory isn’t just a place for data storage. The human brain isn’t a machine. In fact, functions like memory are also endowed with imagination and creativity. In other words, there are considerable variations in the way each person remembers things.

The most powerful companies in the world place a lot of emphasis on promoting the memory of their brands. For this reason, they design logos and create slogans that are quickly and easily fixed in people’s memory. The goal is for people to quickly think of them just by looking at their logo. Luckily, the “Branded in Memory” experiment proves this trick doesn’t always work.

The findings of this experiment are interesting. This is because the study reveals that the human mind isn’t as malleable as marketers assume. Those gaps or distortions in memory show that people appropriate and adapt the content they receive and organize it in their own way. It’s pretty hard to brand someone’s mind.

“Right now I’m having amnesia and déjà vu at the same time. I think I’ve forgotten this before.”

The “Branded in Memory” experiment

This experiment first appeared in the Sings portal. After an exploration in this regard, they determined that brands such as Apple, Ikea, 7-Eleven, Starbucks, Target, Walmart, Adidas, Burger King, Domino’s, and Foot Locker had a wide memory potential. These brands are present in the everyday life of a large part of the United States population.

Researchers recruited 156 volunteers; half were men and half were women. Their ages varied but they averaged 34. To begin, all of them had to draw, as precisely as possible, the logos of one of these companies. The goal was to identify the degree to which they recalled these symbols.

Keep in mind that a logo is a symbol used in advertising to represent and identify a brand. A lot of thought and consideration go into their design. Mainly, with the aim to make them easily recognizable and, also, to convey specific emotions. It’s for this reason that logos are present in all the products of a given company and also in their ads.

The frequent display of logos makes them familiar to people and they can identify a brand just by looking at them. In turn, these symbols convey a certain image of a company and its values.

The team at Sings was able to collect a total of 1,500 logo drawings from the volunteers. Then, the researchers carefully examined them and found several surprises. They realized that, indeed, people remember logos and associate them with the corresponding brands. However, they seldom draw them accurately.

The best-reproduced logo was Ikea’s, but only 30% of those who participated in the experiment managed to draw it correctly. The least successful reproduction attempt happened with the Starbucks logo. In fact, only 6% of the volunteers got it right. The most frequent mistake was drawing the mermaid without a crown.

The researchers found that those logos are actually blurred in memory. People don’t really pay much attention to them. Thus, the conclusion was that the simpler a logo, the more easily someone will remember it. For example, one in five people could faithfully reproduce the Apple logo, even if 15% of them drew the bite on the wrong side.

Another conclusion of this study indicates that people tend to remember the original logos of a given company. For example, when it came to Burger King, a significant number of volunteers drew a crown. They did so despite the fact that the company removed this element from its logo about 50 years ago. Also, many of the participants colored the Apple logo, even though it’s been monochromatic since 1998.

Similarly, the researchers detected that what people most remembered about logos was their colors. This was the one part people got right and it suggests that color is memorable. In addition, people tend to suppress details (such as an upper or lower case or a small figure) from their memory.

In reality, memory keeps anything that arouses great interest and logos don’t exactly catch people’s attention. However, people do identify brands at a global level through their logos and, thus, they’re a strong identity element for most companies.

Per Scientific Experiments, 5 Ways to Manipulate Your Mind
There are tons of ways to deceive the mind. Various studies have shown that it's possible to make people believe things that aren't real. Read more »