Are you aware of the processes involved in the development of plans and decision.making? Today's article will discuss one of them: future episodic thinking. 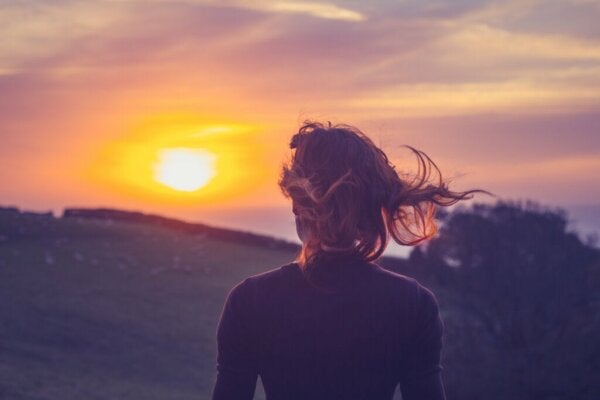 Surely, someone somewhere somehow advised you to “Stay in the present and focus on the here and now”. You may have even offered such advice to someone else. However, it’s quite normal for humans to long for the good old times and to imagine what the future will be like. This is known as future episodic thinking.

What exactly is future episodic thinking though? What’s it for? How does it develop? Is it related to certain psychopathologies in any way? Continue reading to find the answers to these questions and more!

The term, coined by Cristina M. Atance and Daniela K. O’Neill, takes after E. Tulving’s concept of episodic memory. This type of memory is related to the ability to remember and re-experience past events with autobiographical references.

Human beings have the ability to mentally travel in time. This is because it’s essential for planning, decision-making, forming opinions, and attaining goals. This episodic future thinking allows us to predict a future event or situation.

This recreation of mental images takes place during the planning phase of intentions and is an essential part of such planning. People with intentions plan more seriously and in more detail. They also rely more on future episodic thinking.

As you can see, humans use future episodic thinking to create a plan of action.

Furthermore, Atance and O’Neill explain there’s an important relationship between the ability to mentally rehash past experiences (episodic memory) and the ability to imagine episodes one might experience in the future (future episodic thinking).

In addition, future episodic thinking is also closely related to Tulving’s self-awareness concept. It refers to the human ability to notice our own existence through subjective time and to represent ourselves.

Self-consciousness, the ability to be aware of oneself and to remember past autobiographical events, is what allows humans to use past representations and project them into the future. In other words, both abilities are necessary to set in motion future episodic thinking and to develop action plans.

These abilities arise at the same time and are connected by a common anatomical-functional basis. The frontal lobe and the medial temporal lobe both are related to episodic memory and planning.

How does future episodic thinking develop?

The skills developed from the theory of mind are essential to assigning one’s mental state as well as those of others. In turn, it allows humans to mentally project in the future.

Neurotypical developing children begin to acquire an understanding of their states of mind and those of others (the theory of mind) around the age of two. Furthermore, they continue to develop during the preschool years. In addition, skills about episodic memory and future episodic thinking emerge around age four.

It seems that children begin to understand the notion of the future around the age of three. However, it isn’t until the age of 12 that they really grasp the concept. Children begin to use words related to future events between the ages of two and three.

The ability to plan for the future develops between the ages of three and five, if only in terms of language and referring to desires rather than realistic goals. Children begin to be able to make plans and decisions to achieve specific goals at the age of five.

As we mentioned above, the skills related to the theory of mind (ToM) seem indispensable for future episodic thinking. For this reason, children with autism spectrum disorder lack it and, thus, have difficulties with planning and thinking ahead.

This could be related to the stereotypical repetitive behaviors these children present and also to the lack of flexibility. Suddendorf & Corballis suggested these inflexible and stereotypical behaviors may reflect the inability of ASD children to place themselves in the future.

Furthermore, future episodic thinking has been linked to other disorders such as anxiety and depression, where it may be strongly related to rumination and anticipatory anxiety.

Finally, patients with generalized anxiety disorder, in particular, are characterized by unspecific and negative future thinking. This causes any visualization of a future scenario to be unrealistic, abstract, and negative. Thus, it generates great concern for any negative event they anticipate.

The Entorhinal Cortex and Memory
In recent years, scientists have made headway in understanding the entorhinal cortex. They discovered that stimulating this area promotes neurogenesis. Read more »