The Boomerang Generation: The Kids Who Move in with Their Parents 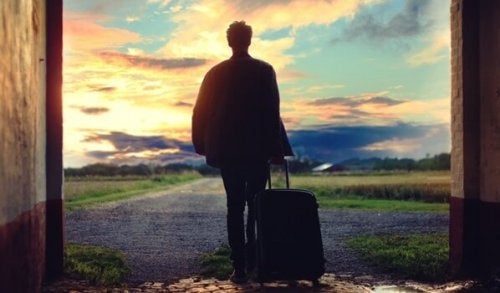 One of the fastest growing trends in the Western world is the boomerang generation. This generation represents kids who move back in with their parents after being independent for a while. Being independent can mean a few different things in this context, too. They might have just lived in the dorms during their college years or they’re older and have to move back in because they’ve lost their job.

Some experts also say that young people who are at least somewhat financially dependent on their parents are part of the boomerang generation. This group might have houses of their own, but they get financial support from their parents.

The trend has skyrocketed in Western European countries and North America in the past few years. On the other hand, it hasn’t been nearly as big in other parts of the world like Eastern Europe and Asia. Either way, this whole concept would have been unthinkable not that long ago. So what exactly has caused the rise of the boomerang generation?

The boomerang generation: is it a good thing or a bad thing?

There are some experts who have decided to focus on studying the high number of children who move back in with their parents in a positive light. They argue that these young people aren’t afraid to ask for help, which could mean they have higher levels of emotional intelligence. They also say that might mean having a better relationship with their families than past generations have had.

But the majority of people studying this phenomenon think it’s a bad thing. There are a ton of possible aspects that might have lead to the rise of the boomerang generation. Here are the most likely and most significant ones:

It’s no secret that the job market isn’t in its best moment. After the 2008 economic recession, (also known as the “Great Recession,” because it’s the worst we’ve had since the Great Depression in 1929), a lot of jobs have been eliminated and it’s become much harder to find work.

This affects every group in society, but it affects young people the most. According to official data, the European Union has an average unemployment rate of 15% for people under 25. In some countries, like Spain, that number is closer to 40%. This goes without mentioning the other factors that play a part in young people’s inability to make a living. Things like unqualified work and extremely low wages are major issues too.

If you add inflation and the increased cost of living (especially in terms of rent prices), it’s not surprising that a lot of young people would decide to move back in with their parents. So, for the most part, the main reason the boomerang generation exists is economic hardship.

Millennials’ inability to adapt to the realities of life

But money isn’t the only reason young people have started to live with their parents long-term. There are plenty of issues to look at here, but some, like helicopter parenting, really stick out. Because of these kinds of things, millennials aren’t confident enough in themselves to start an independent life.

Self-confidence is a trait that’s been vital throughout human history. It’s especially important now because of all the changes going on in our society. But the gap between millennials’ expectations and reality has caused many of them to feel lost. They’re caught between two completely different ways of looking at the world:

When they follow their parents‘ advice and get a degree, a lot of young people find themselves unable to get a job. But because they think the world is still like it was 50 years ago, they decide to keep studying. They get a master’s degree, learn languages, take unpaid internships, etc.

The consequences of all that? At nearly 30 years old, a lot of young people are making less than 1,000 euros a month in Europe even though they work 40 hours a week (and sometimes much more). To make matters worse, most of them are unable to adapt to this new social reality. They keep on trying to achieve the same lifestyle as their parents, but they’re following an outline that doesn’t work anymore.

Does Returning Home Equal a Step Backward?
Leaving home for the first time is an amazing and emotional experience. But what happens if you have to return? Does that mean you have failed? Read more »
Link copied!
Interesting Articles
Cinema, Television, and Psychology
The Joker, the Perfect Villain

Hermann Rorschach was a physician and psychiatrist who belonged to the first generation of Freudian psychoanalysts. He became famous throughout…

Culture
The Effects of an Adrenaline Rush

An adrenaline rush occurs when your adrenal glands produce a lot of adrenaline. This rush can manifest due to stress…